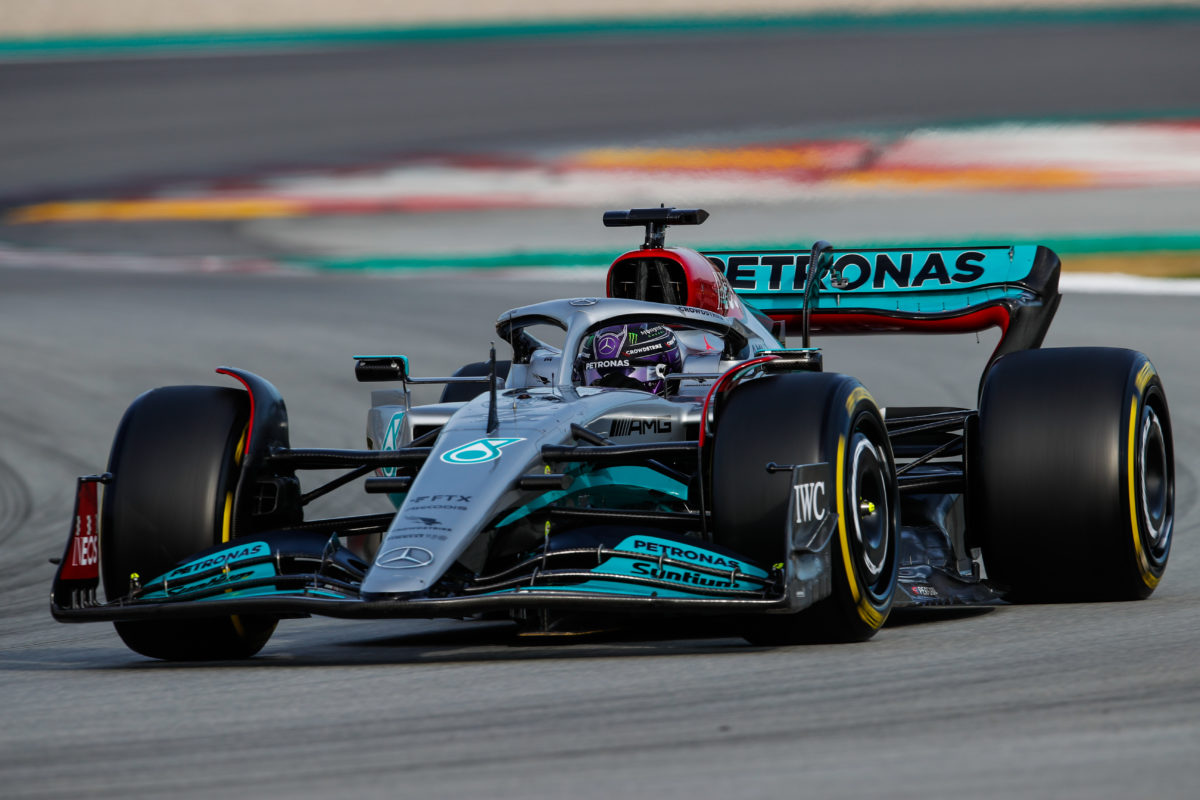 Lewis Hamilton at the wheel of the W13 Mercedes F1 car

The duo split the honours during the day with Russell completing the morning session before Hamilton climbed aboard the W13 for the afternoon.

“We got through a lot of work today and both drivers have been able to give us their initial impressions of the W13,” said Andrew Shovlin, trackside engineering director for the squad.

“Overall the day has been surprisingly straightforward although looking up and down the pitlane, you can see how high the reliability standards are and most teams seemed to be running their programmes without issue.”

Of that, Mercedes-powered cars recorded almost half, with 2239 km across the four squads.

The factory team did a fair chunk of that as it worked through its programme, its 127 laps equating to 593.725 km.

“There really is a lot to try and cram into the six days of winter testing when you consider how different the car and the regulations are,” Shovlin noted.

“Nevertheless, we have made good progress on understanding the aerodynamics and the tyres, while at the same time getting nearly 600km under our belts.

“From a pace point of view it’s too early to say where anyone stands, we’ve also got a few wrinkles to iron out in terms of balance and performance before really trying to put times on the board,” he added.

“However, our overall feeling from today is a good one and we’re looking forward to making more progress tomorrow.”