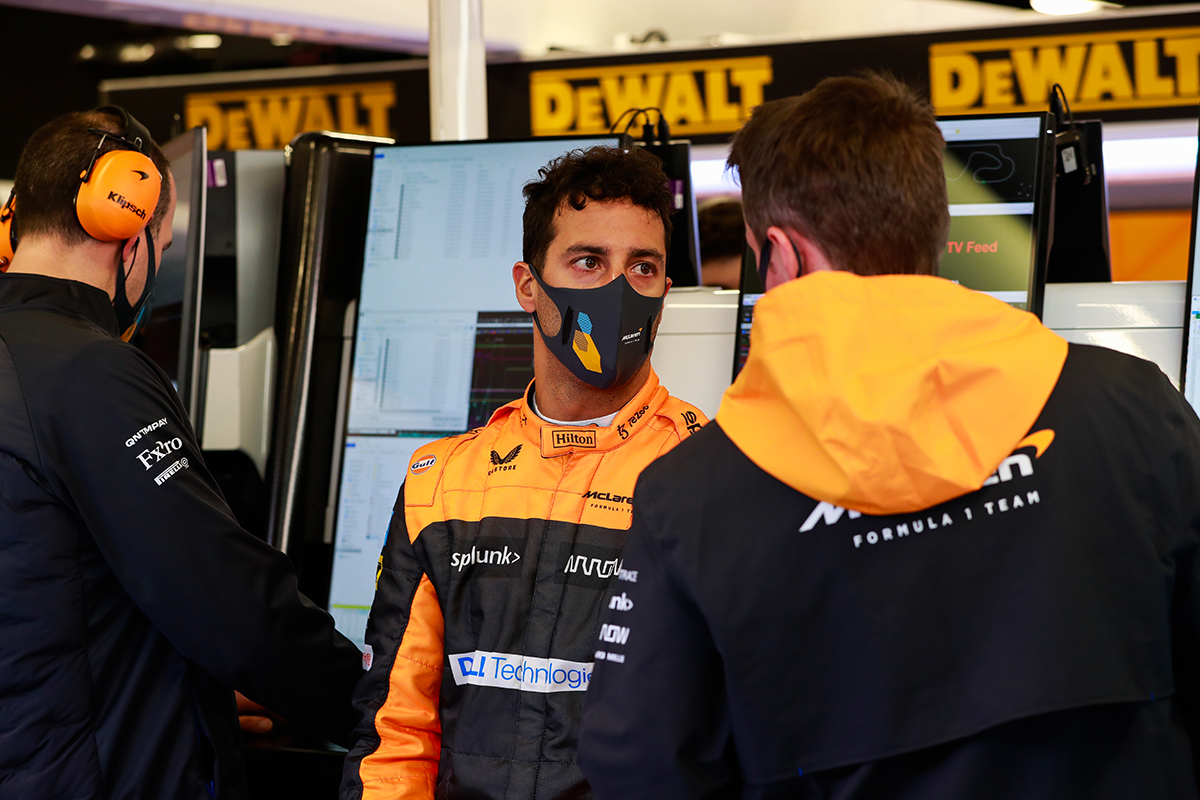 Daniel Ricciardo is excited to get behind the wheel of the McLaren MCL36 on Thursday for Day 2 of Formula 1’s pre-season test in Spain.

The Australian was an interested on-looker on the opening day of proceedings as Lando Norris took the wheel of the squad’s new car.

Embarking on his second season with McLaren, the Australian admitted that he’s as enthused as he’s ever been to get started.

“It is definitely the most excited I have been in a while to go winter testing.

“The curiosity to see what direction teams have gone and just visually, the cars look really cool.

“Just the whole stance of them this year as well. We saw, for a long time, high rear ride heights and this sort of stuff.

“It all seems to be a different way for this year – even seeing the different philosophies around that is cool.

“Even stuff like renders compared to real [life], it is quite exciting to see the cars on track and how they actually look for the first time.”

Speaking at the launch of the MCL36 last week, the 32-year-old admitted he had an open mind heading into testing given the radical new F1 rules in place for 2022.

“I think the approach with testing is probably just a much more open mind from a technical standpoint, but also from a driving [standpoint].

“The cars I think are going to be so different, maybe like something I’ve never really felt before.”

He added that he’ll initially trust his instincts to extract performance from the car before experimenting to see where its limits are.

“The first few laps, it’s drive how I think the car should be driven, but then it’s going to be, okay, I’ve done 10 laps like this, now let’s experiment a little bit with my driving style, let’s see what this car can do, how it responds, how it reacts,” he said.

“Okay, softening the front of the car helps in the low-speed corners, let’s try stiffening it and see what that does.

“It will also keep testing a bit more exciting,” he added.

“Coming into my 12th year now, testing is fun but it’s also like, I just want to go racing already!

“I think having these challenges to come in testing will keep it fresh as well.”

Ricciardo will jump behind the wheel on Thursday before sharing duties on the final day of running, taking the morning session before handing the car to Norris for the afternoon.