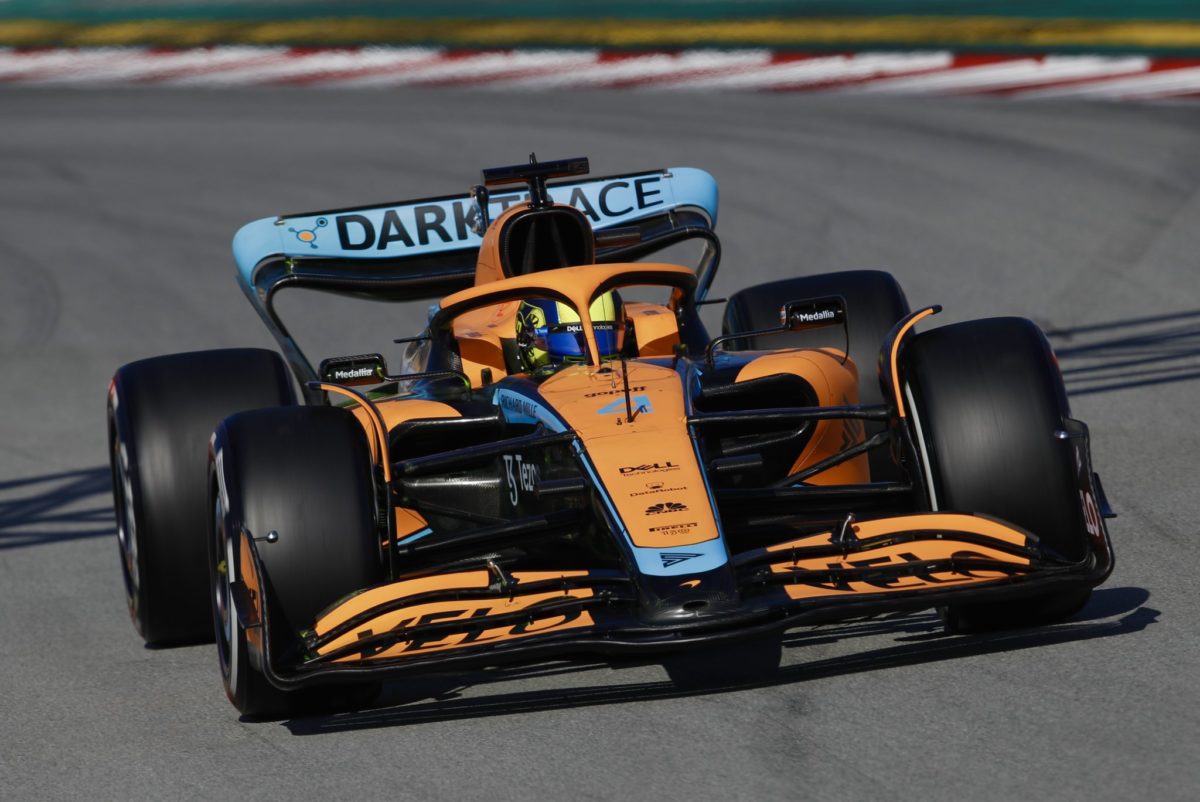 A lap just inside the final hour of running moved Lando Norris to the top of the timesheets on the opening day of Formula 1 testing in Spain.

The McLaren driver recorded a 1:19.951s to move ahead of Charles Leclerc, whose time from the morning had stood as the best of the day to that point.

He then improved on that effort with a 1:19.568s with just over 10 minutes remaining in the day.

Indeed, Ferrari had dominated the timesheets as Carlos Sainz recorded a 1:20.416s to sit second for much of the afternoon to Leclerc.

In reality, the times meant comparatively little with the field spread by the better part of six seconds.

The bigger performance indicator was that of mileage, with teams desperate to bank data in an effort to correlate their designs with systems back at base.

With over 150 laps between its two drivers, Ferrari can safety check the ‘job done’ box, as can Norris who was the sole driver used by McLaren on Wednesday.

But while they enjoyed what can be considered a successful day, others fared less well.

Haas managed just 20 laps in the morning courtesy of Nikita Mazepin while Mick Schumacher’s running was also hampered after lunch due to a damaged floor.

Valtteri Bottas logged a modest number of laps, but that followed a morning which saw Robert Kubica stuck in the garage for an extended period.

The Pole recorded a total of nine laps in his four-hour session, though the team is optimistic it can claw back the lost time.

Max Verstappen remained in the Red Bull throughout the day to record over 140 laps, the most of any driver.

Just how many laps Fernando Alonso set is debatable as a timing issue saw laps attributed to Esteban Ocon after the lunch break, though the Frenchman never climbed aboard the car.

His name though remained on the timing screens, with Alonso’s lap count bolstered anyway making an exact tally of laps set by Alpine uncertain.

Throughout the day there were no stoppages, though pit exit was briefly closed when Lando Norris’ McLaren stopped.

His crew pulled the MCL36 clear and the lane was open again quickly. The stoppage was the result of a precaution mode in the power unit that needed to be reset.

A total of 16 drivers recorded times across the day, with a further two days of running to follow.