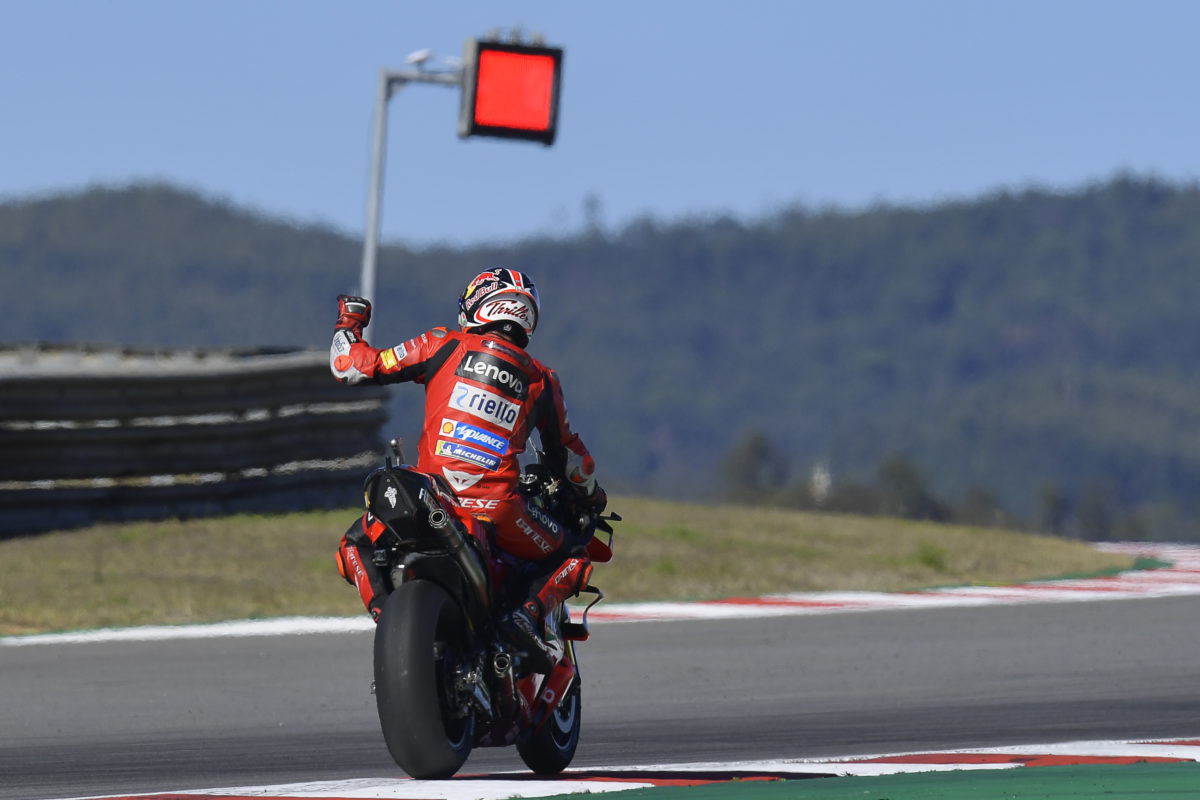 Previously, when a race finished under red flag, the classification was backdated to the last completed lap.

In 2022, a more up-to-date classification will be determined when such circumstances arise, based on when each rider last crossed the control line.

For riders who had not yet completed that lap, the remainder of the classification will be similarly determined based on the previous lap.

The new rule was decided in the Grand Prix Commission’s February 4 meeting.

“Previously, if a race was red flagged and a final result declared, the result was taken from the lap on which all riders had last crossed the finish line,” read its announcement.

“If a rider or several riders were half a lap or more behind the race leader, this caused the race classification to be taken from the previous lap, even when the race leader and the majority of the field had completed the next lap.

“In these cases, any position changes or crashes on the race leader’s final lap were rendered moot.

“Effective immediately, the result of a red flagged race will now be taken from the last time the race leader crosses the finish line before the red flag is shown.

“All riders who cross the finish line on the same lap as the leader before the red flag will be classified in that order, as a partial classification.

“These two partial classifications will be combined to provide the final race result.

“This system previously applied to races that were red flagged after the race leader had taken the chequered flag, and will now apply to all red flagged races for which a final result is declared.”

As the final line of that communication notes, the system is not entirely new to grand prix competition.

Last year’s Catalan Moto3 Grand Prix used a hybrid classification due to a multi-rider incident at Turn 8, as Sergio Garcia took the chequered flag as leader.

The Algarve MotoGP race ended two laps shy of its scheduled 25-lap distance due to a crash involving Iker Lecuona and Miguel Oliveira, although circumstances were such that the red flag had little impact on the classification.

The new rules do, however, minimise the prospect that the race leader at the time of a red flag will not be classified as the winner.

Round 1 for all three classes is the Qatar Grand Prix on March 4-6 (local time).