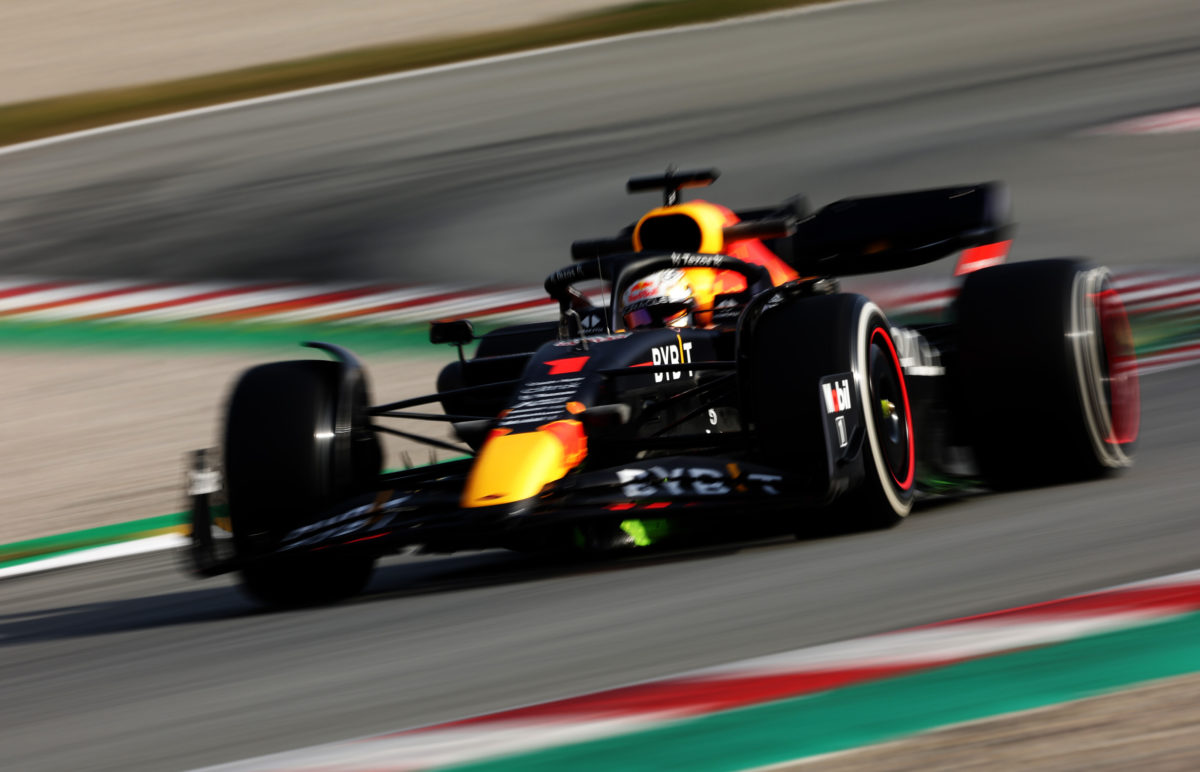 World champion Max Verstappen was pleased with the opening day of Formula 1 pre-season testing aboard the new Red Bull RB18.

Having unveiled a show car at its launch earlier this month, the proper car made waves in Barcelona for its aggressive design choices.

Most notable are the undercut sidepods, similar to those employed elsewhere on grid but taken to a far greater extreme.

The floor has also been heavily developed with the car a major talking point throughout the day.

“I think the car looks good but the most important thing is that it is fast, and that’s what we are trying to see,” reasoned Verstappen.

“We wanted to get laps in today to get used to the car and to get a general understanding about how it’s behaving.

“As well as that, we needed the mileage to see how the parts held up. Everything worked pretty well, so it was a good start and a positive day.”

Verstappen was the sole driver used by Red Bull on the opening day and chalked up 687.225 km of running during the day.

“We gave ourselves the optimistic target of 700km and we finished around three laps short of that, which for the first day of testing is quite unusual,” noted Guillaume Rocquelin, head of race engineering at Red Bull.

“Things went well, we did some tests and we have a good direction for how to improve the car.

“Max is pleased so far, there are some balance limitations but nothing that makes us think we need to turn things upside down to make the car work.”

Verstappen will sit out Thursday’s running as team-mate Sergio Perez takes over before the duo share duties on the final day.