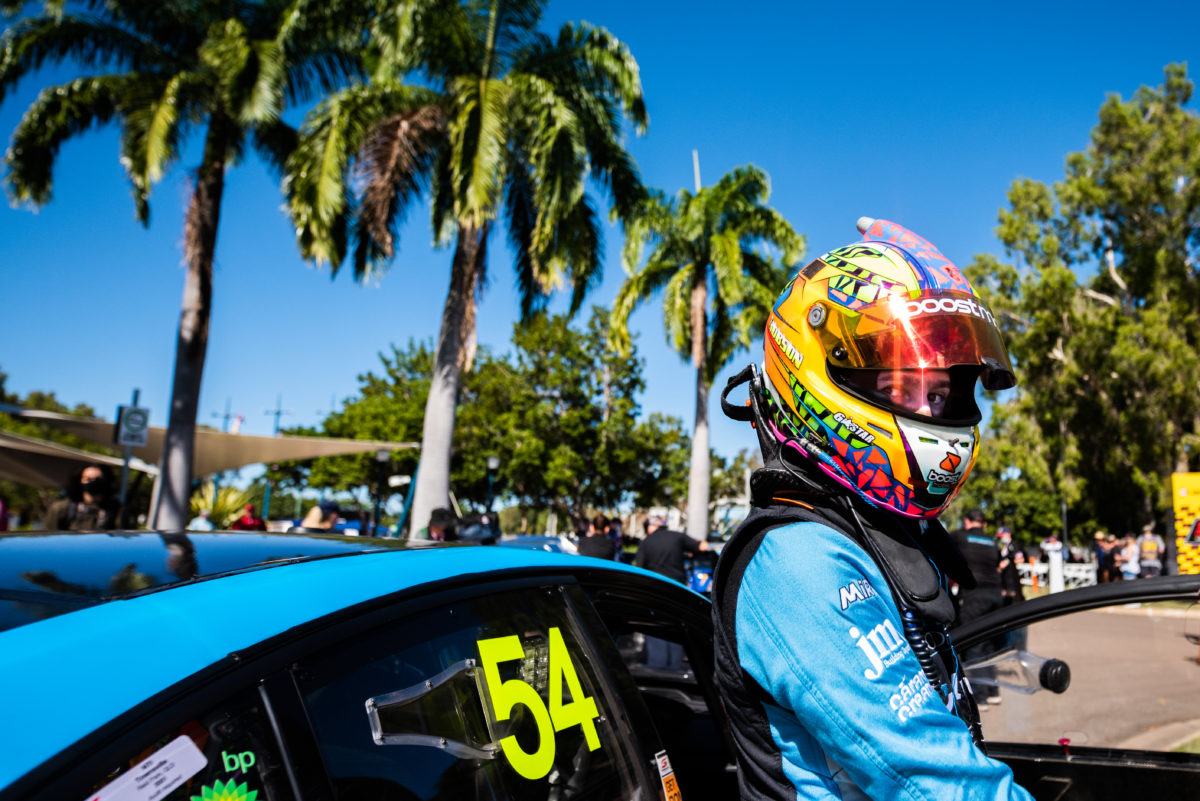 There is also change on the chassis front for McLean, who has moved into another of the squad’s Triple Eight Race Engineering-built VF Commodores, being that which the likes of Tony D’Alberto and Jack Sipp drove last year, and Jamie Whincup in 2016.

McDonald has history with Triple Eight Commodores having previously worked for Team 18, after stints at Tasman Motorsport and then Kelly Racing.

McLean already has a friendship with McDonald, but is excited to now count him as his engineer.

“He’s been at Eggleston, I think, for a few years, but now I finally get to work with him, which is good,” the top rookie of the 2021 Super2 season told Speedcafe.com.

“We certainly had a solid friendship before that, so now to work with someone who I already consider as a friend is a good moment for me, because we’re just going to work well together.

“Team 18 use Triple Eight cars, so he’s worked with them there,” added McLean.

“Then obviously, since he’s come to Eggleston, he’s been working with them flat-out, so it’s good to tap into the knowledge that he’s built as an engineer working with these Triple Eight cars.

“We’ve had our orientation season and learnt all that we needed to learn and, now applying that this year, in conjunction with Stuart’s knowledge, I think we’re going to have a really good year.”

The Victorian tested this week at Winton, on both Monday and Wednesday, and was buoyed by how he compared with those who were also on-track.

“We had a really good first orientation day with McDonald, and we gelled extremely well, which is good,” he recounted.

“We’re in a new car this year and we got some new-spec gear, and it seems to be extremely fast.

“The progression across all days was really good and comparatively to the others that were there were really fast, which is handy.

“Of course, the whole field wasn’t there so I guess we’ll really know where we’re at when we go to SMP, though it’s obviously a bit of a Nissan track.

“But, pretty much anyone from Vic was there testing while we were there, and comparatively, we seem quite good.

“I’m just excited to get to a race event with Stu and build on our relationship; it’s already built so much.”

According to McLean, he was half a second quicker than when he had previously tested at Winton, in May last year.

“I set PBs, so more than half a second up the road from where I was previously, which is super, super good, considering the other people that were testing weren’t finding the same thing,” he said.

“So, it was just really good; I’m really confident with that pace, and it’s sort of aligned where I think we should be for the year.

“The goal is to win, of course.

“I think it’s definitely achievable after those two tests.”

McLean finished fifth in 2021 and, in addition to overall rookie honours and the Mike Kable Young Gun Award, was top rookie in three rounds out of five as well as Dunlop driver of the day when he climbed from 14th to sixth in the latter race at ‘Townsville 2’.

Eggleston will also field Cameron Crick in Super2 in 2022, as well as Kai Allen and Steven Page in Super3, and run the FG Falcon of David Murphy in the third tier.

The 2022 season starts at the Beaurepaires Sydney SuperNight on March 4-6.