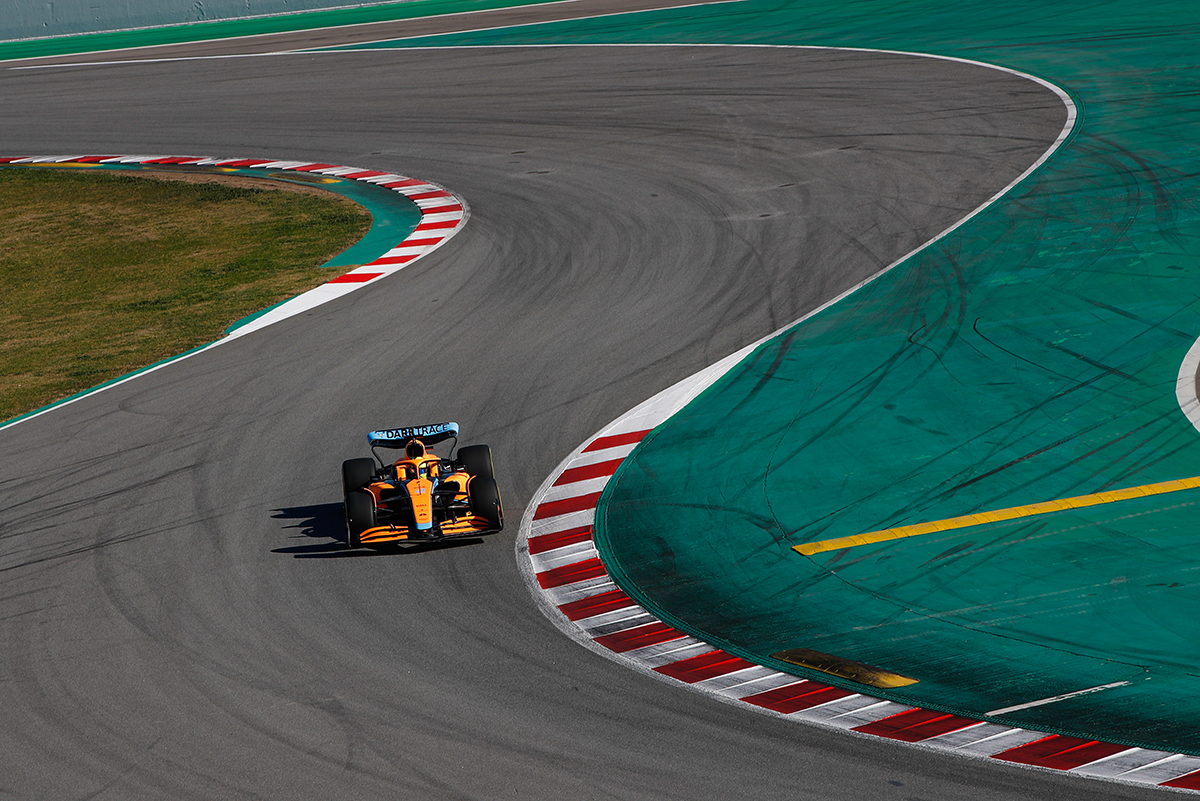 Lando Norris in the McLaren MCL36

The first of two three-day pre-season tests kicks off today with all 10 Formula 1 teams in attendance in Barcelona.

It marks the first official opportunity for the new cars to head out on track, though all have partaken in at least a shakedown run thus far.

Nonetheless it marks a critical moment in the coming campaign when the work of the past year gets put to the test.

Key will be reliable running, with lap times largely irrelevant at this point – besides, most will opt to disguise any pace they may have in an effort to protect their advantage.

Still, it will offer a glimpse into the year ahead.

Action in Barcelona gets underway from 09:00 local time with the morning session running until 13:00.

A one hour break then follows before cars return to the circuit at 14:00 until 18:00 local time.

The opening test runs from today until Friday in Spain before the final pre-season hit out takes place in Bahrain on March 10-12.