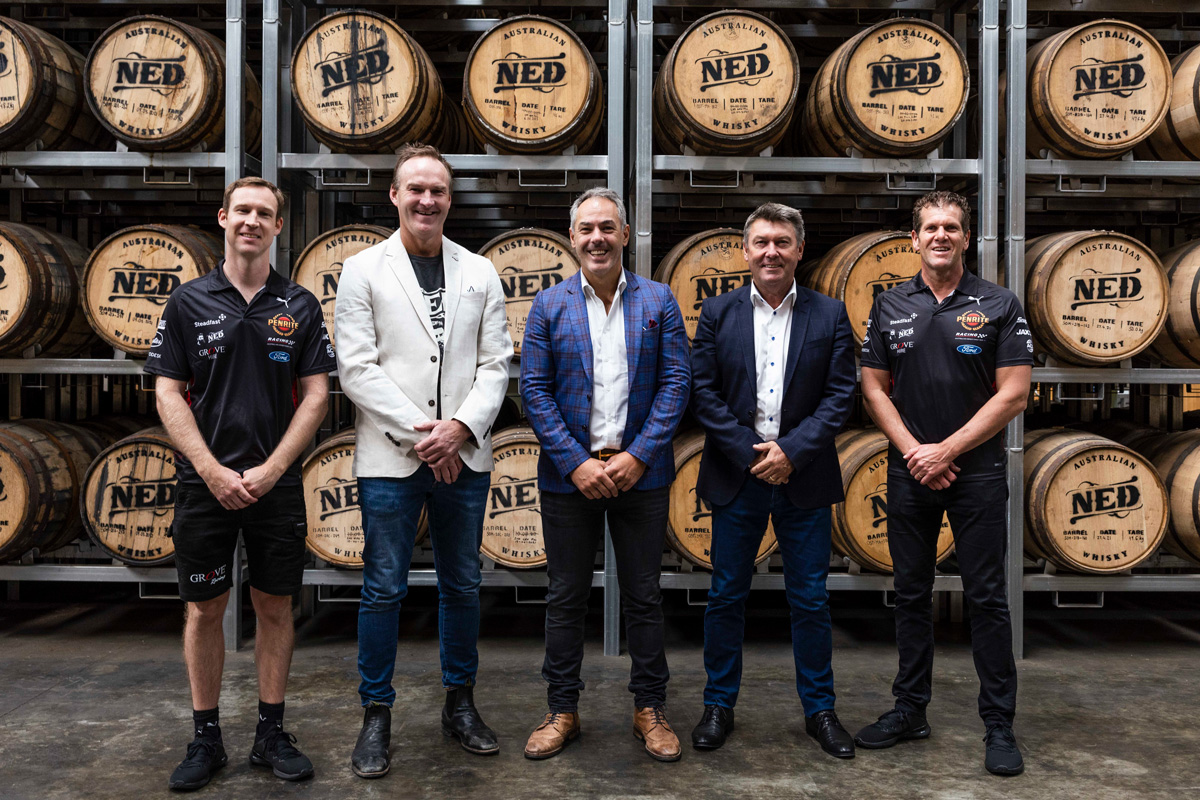 Symmons Plains International Raceway will host Round 2 of the Repco Supercars Championship on March 26-27, to be known as the Ned Whisky Tasmania SuperSprint.

Ned Whisky is a familiar brand within the sport, having linked with Kelly/Grove Racing for several seasons now.

The event naming rights announcement comes as part of a new three-year partnership between Supercars and Top Shelf International, which operates Ned Whisky and Grainshaker Vodka.

“Supercars is an ambitious and genuinely national sporting competition and a perfect fit for our brands,” said Top Shelf International CEO Drew Fairchild.

“Now more than ever consumers are looking to support Australian and the Supercars supporter base, with its regional and metropolitan footprint and passionate fans, will enable us to continue to grow both Ned and Grainshaker via the delivery of memorable experiences at venues around the country.

“We’re looking forward to maximising the opportunity to present Ned and Grainshaker over the next three years as we continue to build the distribution and awareness of these premium, distinctively Australian brands.”