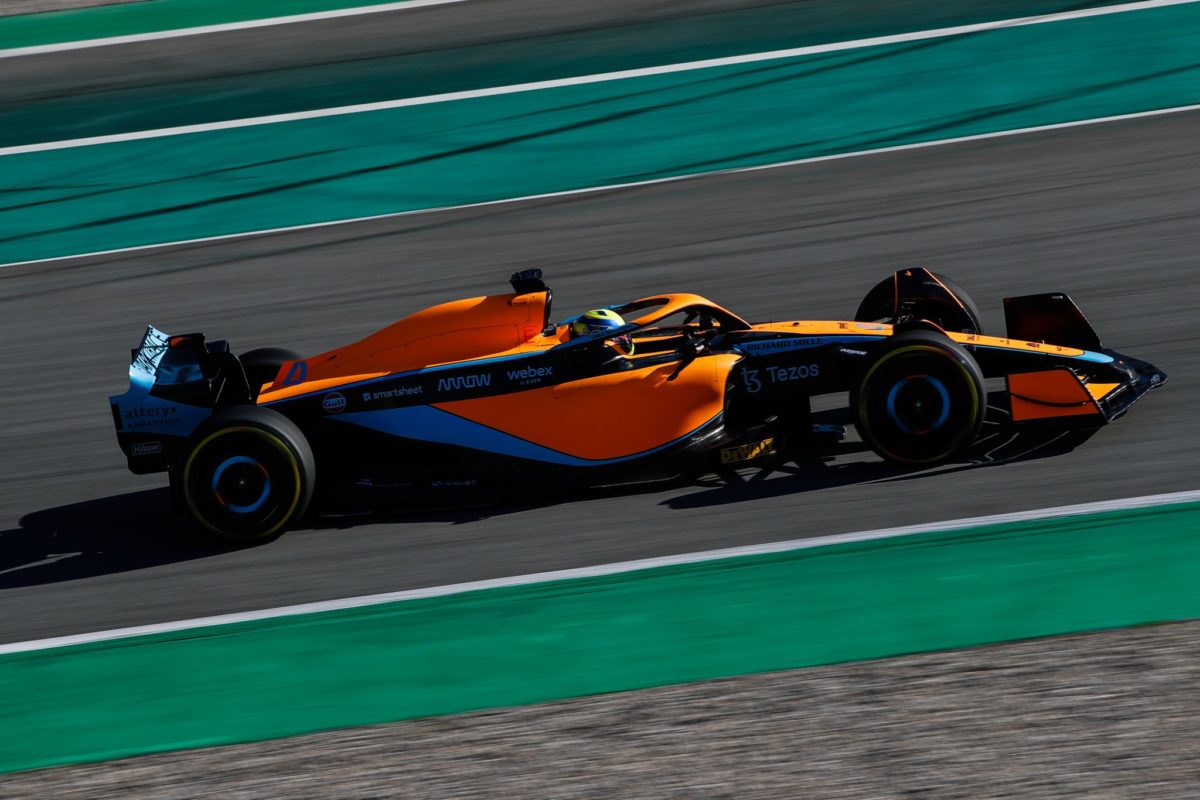 The McLaren MCL36 has had its maiden track outing in Spain ahead of Formula 1 pre-season testing kicking off on Wednesday.

Lando Norris and Daniel Ricciardo both took the wheel of the new machine in Barcelona as part of a filming day.

“When driving, what you can see inside the cockpit is quite different,” said Norris after his run.

“It actually does feel different because visually it’s quite different.

“The rest, I don’t know, it just takes a bit of time to get used to.

“Apart from that, I don’t know. It’s cool, nice to be back, nice to have been driving again.”

McLaren has already confirmed a development package will find its way onto the car before the opening race of the year, with the team’s technical boss James Key suggesting this year’s world championship will be a development race.

“I think there’s going to be a real mix of pecking order through the year in all likelihood,” he said.

“The development rate is going to be very aggressive.

“There’s a chance people will surprise and people will be a little bit further back than expected in the first place. There’s no reference points at all at this stage.

“It doesn’t stop any team from developing out of it,” he noted of teams which may have fallen short initially.

“At this point, I think once we get to see each other’s cars, we get to learn our own cars a little bit, so the trends and the priorities and development steps will become increasingly clear and obvious.

“I don’t expect the grid in Bahrain to look anything like the grid in Abu Dhabi, in all honesty. I think there’s going to be a real transient ebb and flow through the season.”

McLaren was not alone on track on Monday with Haas debuting its VF22 after launching with renders of its 2022 car earlier this month.

More teams are set to run on Tuesday, with Ferrari and Alpine both expected to take to the Barcelona circuit for a filming day prior to proceedings formally getting underway on Wednesday.