James Courtney and Scott Pye have taken to Winton Motor Raceway without a naming rights partner on their respective cars.

Courtney’s car took to the track with team partners although Pye’s was void of any sponsors.

Last year, Courtney was re-signed to Tickford Racing without a naming rights partner attached to his Ford Mustang.

Since then, there has been little said about who will don the doors of his car.

Boost Mobile, which has long been a backer of Courtney’s, has taken a greater presence at Erebus Motorsport with naming rights on both of its cars. 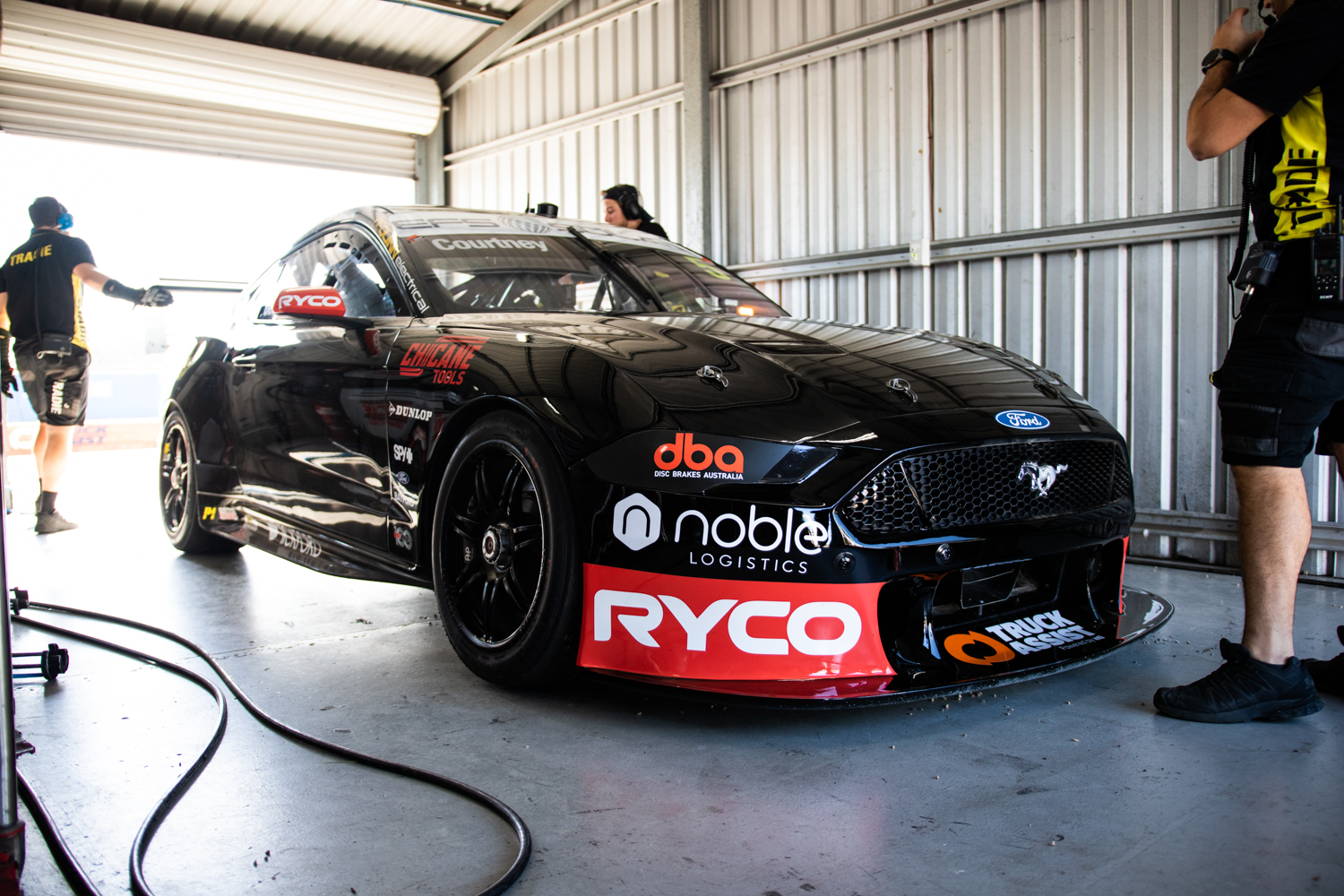 Telco owner Peter Adderton has been non-committal on his plans with Tickford Racing and Courtney for 2022 since the Supercars veteran was re-signed.

Speedcafe.com understands there is no deal in place between Tickford Racing and Boost Mobile for the forthcoming season.

Meanwhile, at Team 18, suggestions have been made that tools company DeWalt has parted company.

Team 18 team principal Charlie Schwerkolt couldn’t be reached for comment and the team’s spokesperson declined to speak about the matter.

DeWalt still features on the team’s transporter, although Pye is testing in a plain black race suit.

Speedcafe.com understands negotiations with DeWalt may still be ongoing.