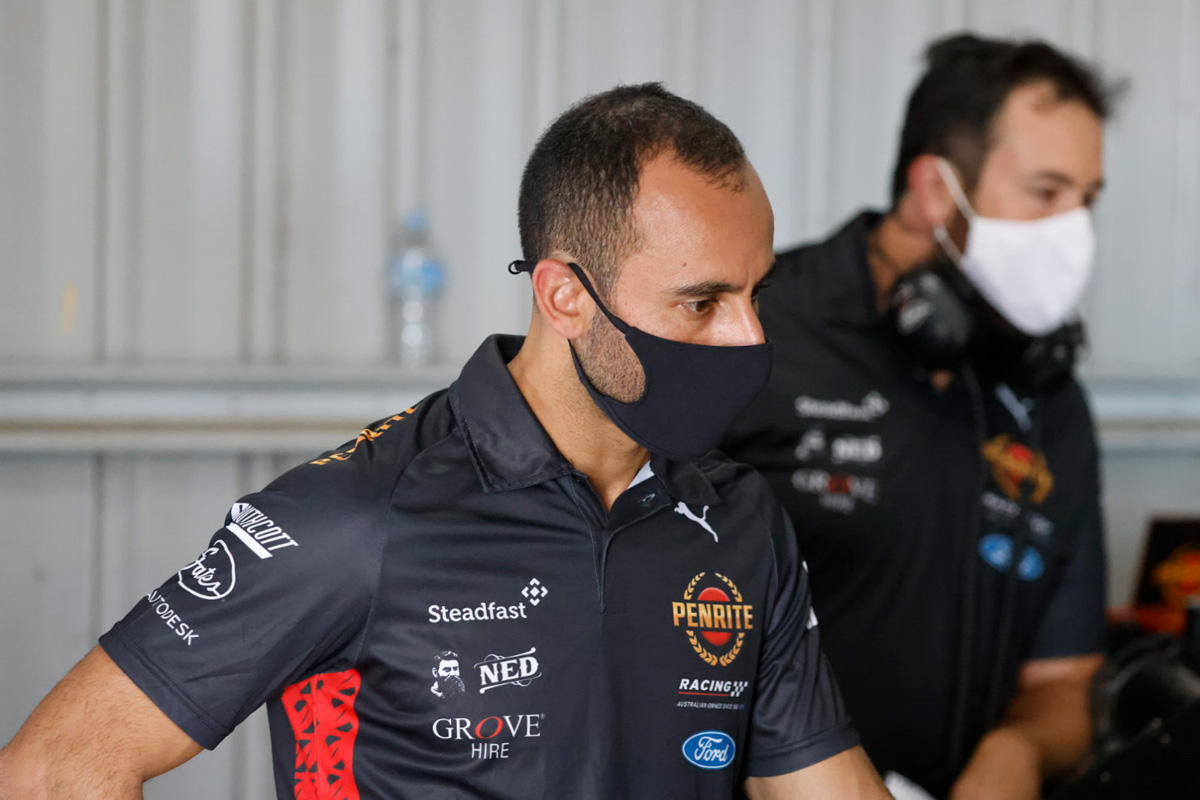 David Cauchi has made his first track appearance with Grove Racing earlier than expected today at Winton Motor Raceway.

Cauchi, who departed Triple Eight Race Engineering at the end of last year to join Grove Racing as its team principal, was set to undergo six months of gardening leave.

That was to see the championship-winning race engineer join Grove Racing midway through 2022 and team owner Stephen Grove serve as interim team principal in the meantime.

Cauchi’s appearance at Supercars pre-season testing caught many in attendance by surprise.

Asked by Speedcafe.com for comment, Cauchi declined to talk on the matter.

“David Cauchi is fulfilling his obligations to Grove Racing,” he said, making no further comment.

David Reynolds and Lee Holdsworth took to the track today, the test marking the first time last year’s Bathurst 1000 has driven for the team.

This year the team will be backed by Penrite, which has taken full naming rights on the #10 and #26 entries.