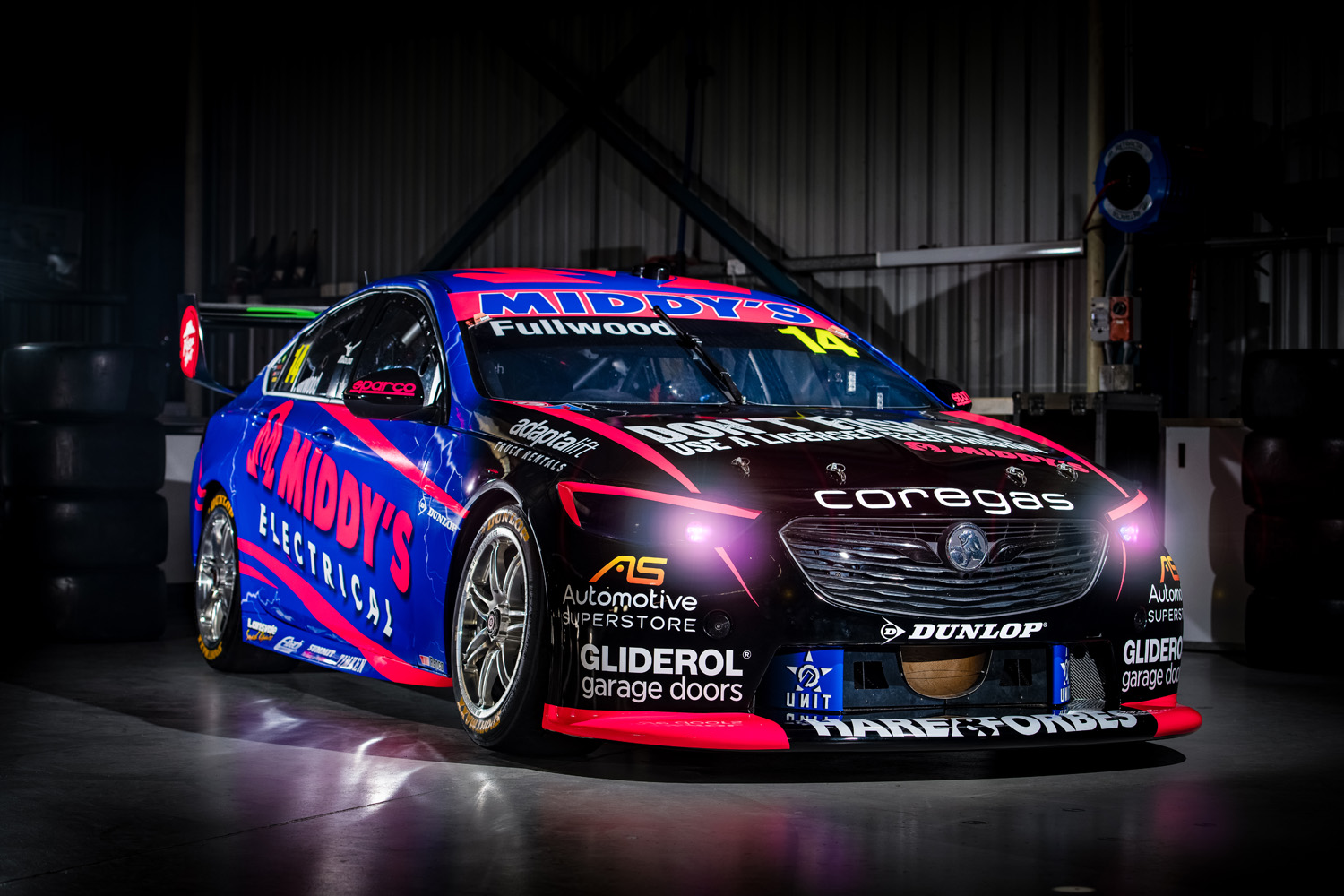 Brad Jones Racing has lifted the covers off a special livery that Bryce Fullwood will sport under lights at the Repco Supercars Championship season-opener in Sydney.

This year, the striking pink and blue of Middy’s Electrical has made its way to the Albury-based Supercars squad.

Today, the team launched the one-off livery ahead of pre-season testing at Winton Motor Raceway.

The bold scheme will be used at Sydney Motorsport Park before a new look is rolled out at Symmons Plains International Raceway for the remainder of the year.

“This is the car Bryce will race under lights at Sydney Motorsport Park for the first round of the season,” confirmed team boss Brad Jones.

“We have a whole other look to unveil when we make it to Tasmania at the end of March as Bryce’s regular-season car. That one will also be a head-turner.

“Bryce has fit in with the team really well and we’re thrilled to be welcoming Middy’s to BJR this year.

“They’re a family business with a huge passion for motorsport, much like all of us here at BJR.”

Fullwood has long been backed by the electrical company since his early days of karting.

The company followed him to the Dunlop Super2 Series, which he won in 2019, and through to his graduation to the Supercars Championship with Walkinshaw Andretti United, and now to Brad Jones Racing for his third year of main game competition.

“Everyone at BJR has welcomed me and it’s fantastic to be working with Middy’s again,” said Fullwood, who will run #14 this year.

“[Middy’s] have been right behind me since my go-kart days, I have a fantastic relationship with them and I just wouldn’t be racing without them.

“The car looks amazing and I’m really looking forward to hitting the track today at Winton.”

This season marks 10 years that Middy’s Electrical has sponsored Fullwood.

“On behalf of my co-director, my cousin Anton Middendorp, and the entire Middy’s team, we are excited to continue our support of Bryce Fullwood partnering with Brad Jones Racing as the team’s naming rights sponsor for the 2022 Supercars Championship,” said Middy’s Electrical director Nicholas Middendorp

“As a long-standing supporter of Bryce from his early racing days we are proud to be able to continue this 10-year relationship.

“Middy’s is looking forward to working with Brad Jones Racing, whose business is built around similar values to Middy’s, being a family-owned and run operation. We look forward to this year’s racing season.”

This year Fullwood will be engineered by former Team 18 technical director Phil Keed.