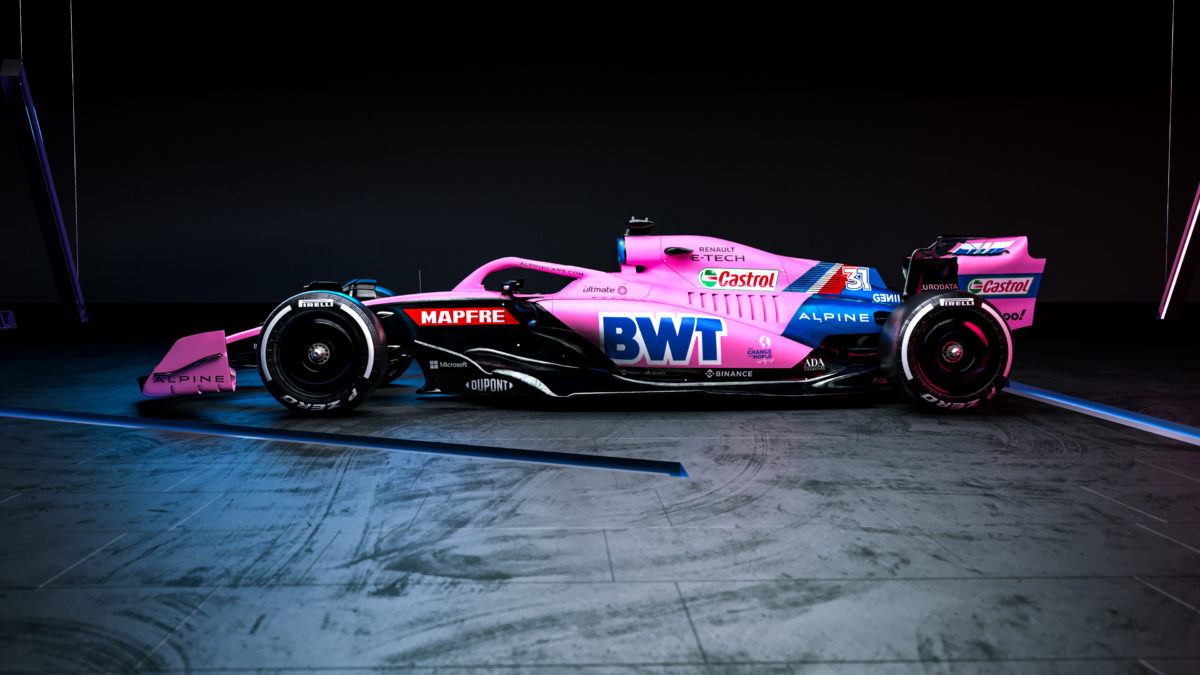 The Alpine Formula 1 team will feature a revised livery at the opening two grands prix of the season.

Unveiled in a predominantly blue livery, Fernando Alonso and Esteban Ocon will pilot pink machines in Bahrain and Saudi Arabia.

That comes in deference of new title sponsor BWT which has joined the operation for the coming season.

The Enstone squad rebranded last year to Alpine, switching from the traditional yellow and black of parent company Renault to French racing blue for 2021.

BWT was previously aligned with Aston Martin, which ran a British racing green last season after Racing Point – as it was known prior to its own rebranding a year ago – campaigned in the pink of BWT.

It’s understood the lack of the Austrian company’s corporate colours on the Aston Martin AMR21 was a key reason it opted to switch allegiances for 2022.

Joining the company in moving from Aston Martin to Alpine for the coming season is Otmar Szafnauer, who joins as team principal.

He comes following a management shakeup which saw Marcin Budkowski and Alain Prost leave the team during the off-season.

Alpine revealed a show car during its presentation on Monday evening with the real A522 set to be shaken down in Barcelona on Tuesday.