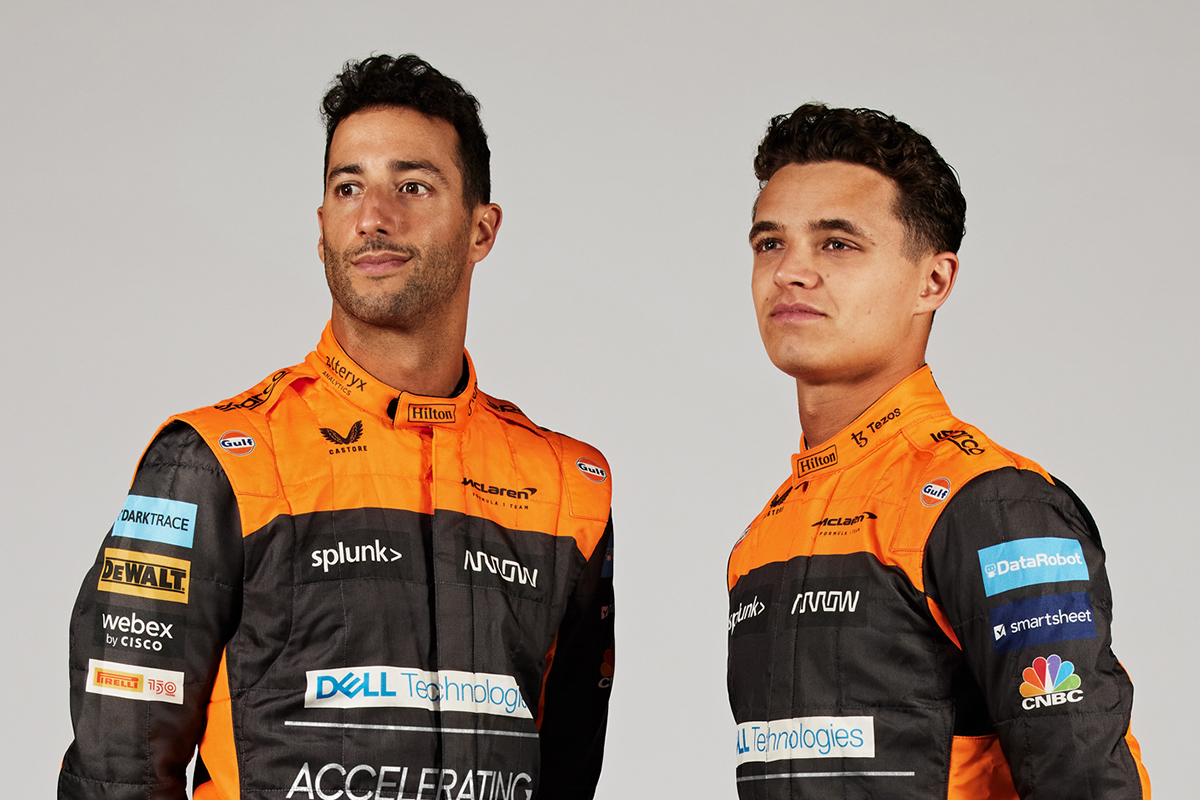 Daniel Ricciardo hopes the input he had on the development of this year’s McLaren Formula 1 car leads to a machine that plays to his strengths as a driver.

Ricciardo joined McLaren at the start of 2021, winning the Italian Grand Prix in what was an up-and-down season for both he and the team.

With dramatically different technical regulations introduced this year, it offered all teams a clean slate when it came to design and development.

That also afforded Ricciardo to have input into the direction the MCL36 should take.

“There’s definitely some, I would say, some Daniel, but I think in the end some Lando and Daniel,” he said when Speedcafe.com asked how much influence he’d had on the 2022 car.

“Last year, I think Lando was better equipped with the car, was more comfortable most of the time, but there was still things in it, when I would raise he would also be like ‘yeah, actually, I would like to do that too’, or ‘I think that’s an area we can work’.

Though both drivers had input into the design, Norris suggests it has been comparatively minor initially.

Such sweeping developments offer teams the opportunity to make strong development gains early, but also the risk of the car having unfavourable characteristics.

According to the Brit, it is when those traits become apparent that their input will become more significant.

“We’re so early on now, with this type of car where there’s a lot more performance just by making the car as quick as possible,” he explained when probed by Speedcafe.com about his input on the MCL36.

“When you get into the finer details, that’s when drivers can have more of an impact and stuff.

“At the moment, I just tell them I want the quickest car possible, and I’m happy to drive that for now.

“When you get I think more closer to year two, year three, year four, year five and further down the line, that’s when you can start shifting that direction more towards a driver.

“But because we’re so early on, and I don’t know how the car is going to perform or react and drive even, there’s no point saying ‘I want this’ because there’s so much stuff to come until we get into those kinds of details.

“There’s things, let’s say, from a comfortability point of view, just to allow me to be happy. I know my buttons and switches and colours and whatever, this is something I can change at the moment, and feeling with the throttle pedal and brake pedal.

“In terms of general direction with car performance, it’s too early for me to have any impact.”

McLaren’s technical boss James Key has previously admitted that there were inherent traits with the MCL35, and the MCL35M which evolved from it, which were less than ideal and that the team would not repeat if it had its time over.

The previous model car did require a unique style, one seemingly mastered by Norris but which took Ricciardo time to come to grips with – and which did not come naturally.

The Aussie therefore hopes that some of those factors can be dialled back with the new car.

“Until we hit the track, because the cars have been built from scratch, there’s no correlations yet,” Ricciardo said.

“We hope that we’ve addressed some of these issues and, built some strengths in the car, but until we hit the track we don’t really know what we’re going to get.

“I definitely hope that it’s a car I’m comfortable with and can work a little more to my strengths, but time will tell.

“But they [McLaren] definitely took a lot on board from last year and did what they could with obviously the information provided.”

The first opportunity for teams to see where they stack up versus the opposition comes this week, with pre-season testing beginning in Spain on Wednesday.