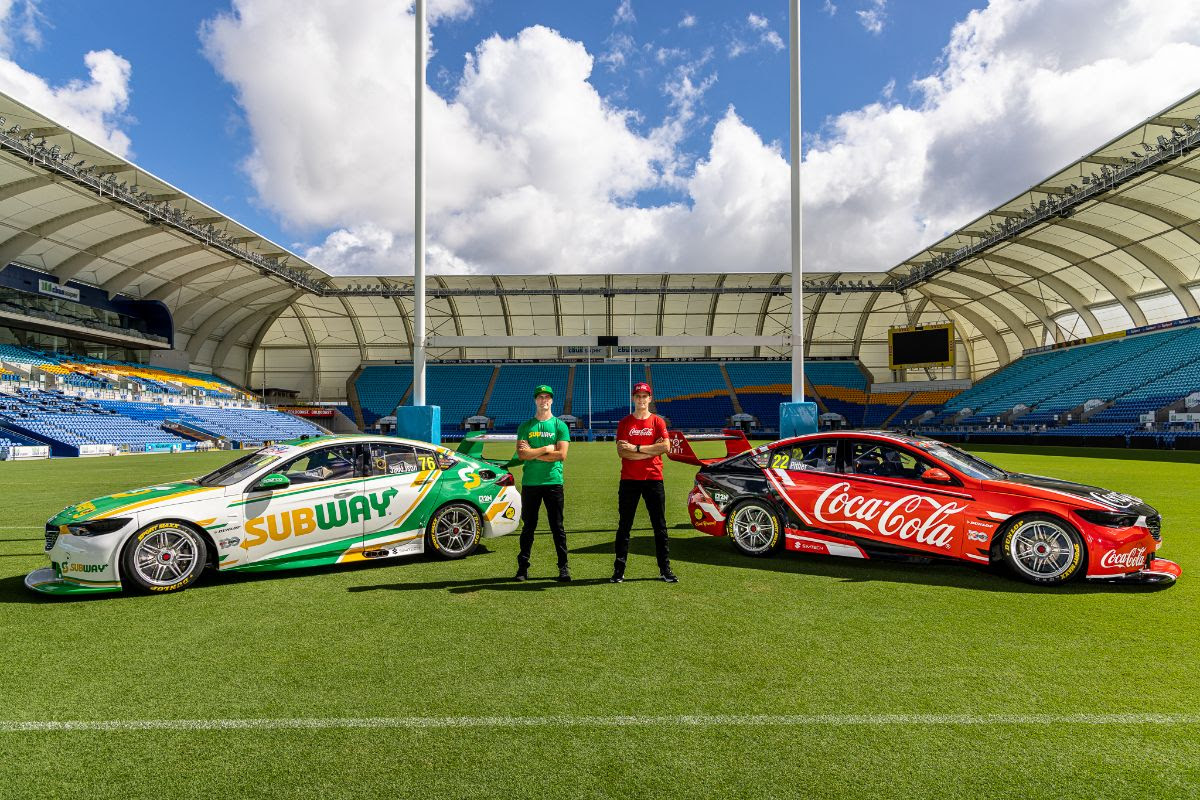 The squad announced its drivers Chris Pither and Garry Jacobson will be backed by Coca-Cola Europacific Partners and Subway Australia respectively.

Joined by the Gold Coast Titans, the presence of the NRL team alongside PremiAir Racing signals an alignment between sponsors Coca-Cola Europacific Partners.

Although team owner Peter Xiberras had initially planned to base his operation in Brisbane, it will instead settle in Arundel on the Gold Coast.

For Pither, it marks a return to the Supercars grid in a full-time capacity after a year out of the category.

“I’m excited to be joining a brand-new team,” said Pither, who will carry a red and black livery for the season’s duration.

“We’re fortunate to have secured great people over the past month to join our team. Everyone is really enthusiastic and keen to get the season underway.

“I’m grateful and privileged to have the continued support of one of the world’s largest brands.

“I’m loving the new livery. Both the Subway and Coca-Cola car are looking awesome.

“Everyone involved is passionate and results-driven. We have high targets and expectations for the season and will be pushing hard as a team to achieve these.”

For Jacobson, it marks the fourth different team in four years after stints at Kelly Racing, Matt Stone Racing, and the now-defunct Team Sydney.

He will carry Subway’s iconic green, yellow, and white colours at the Supercars season-opener at Sydney Motorsport Park and Symmons Plains International Raceway.

“I’m excited to be a part of this exciting chapter with Peter, the team at PremiAir and Subway,” said Jacobson.

“I’m proud to be associated with a brand that promotes good health and wellness and delivers quick, nutritional meals for people on the go, like myself.

“It’ll be great having Subway’s famous footlongs on track to help fuel the team.”

Pither will carry #22 on his Holden ZB Commodore, while Jacobson will sport #76.

PremiAir Racing will make its on-track debut at Queensland Raceway on Wednesday, February 23, for its pre-season test.