Jake Kostecki has lauded the look of his first Ford Mustang Supercar as he prepares to make his first track outing for Tickford Racing.

The former Matt Stone Racing driver has moved to Melbourne to be closer to Tickford’s headquarters and can’t wait to test at Winton Motor Raceway tomorrow.

“The Tradie Mustang looks mega and she sure is fun to rip around in, it’s a really fun way to bring Tradie into the category as a major partner,” said the 22-year-old, after taking the car for a quick spin to launch its livery.

“I’m pumped about this season and joining Tickford Racing, I’m really enjoying being part of the team and think we can have a great year in the 56 camp.

“We’re all looking forward to hitting the track tomorrow and starting the season strong next weekend in Sydney.” 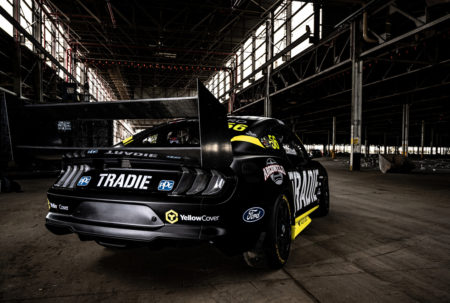