Erebus: Mentality made the difference for rookie duo

Erebus: Mentality made the difference for rookie duo 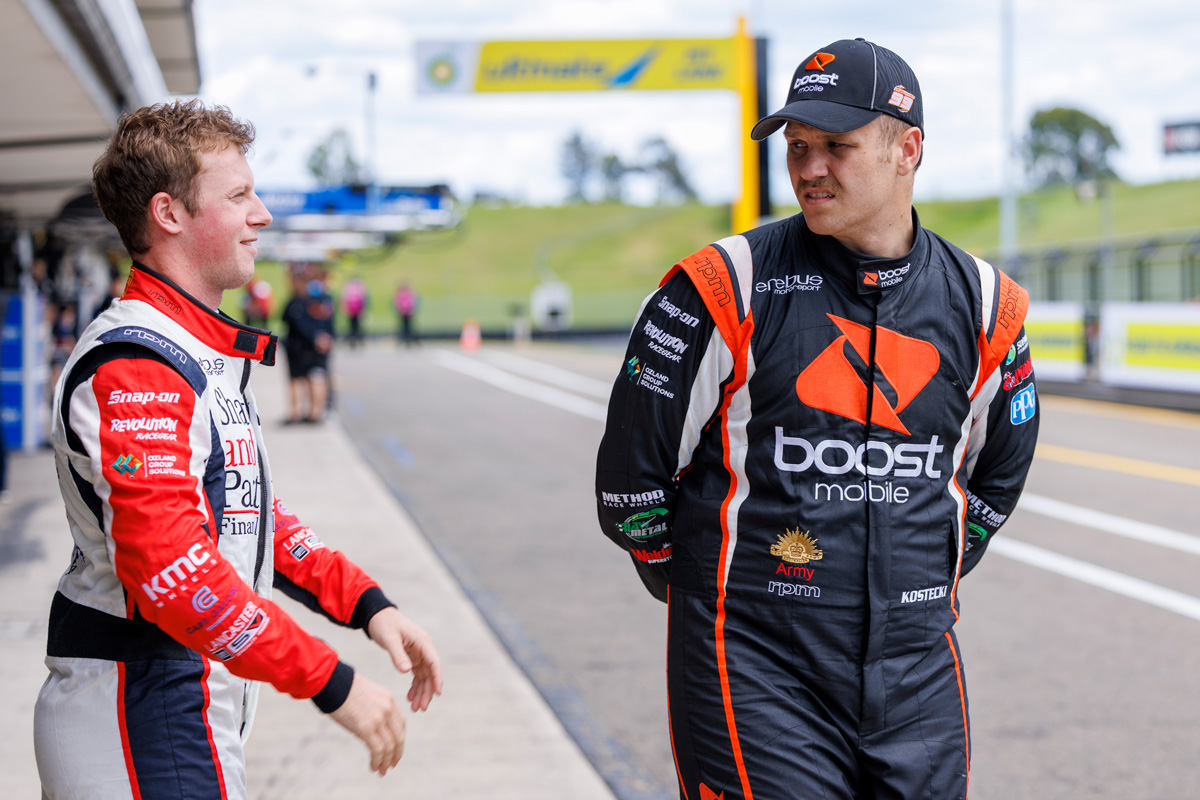 Erebus Motorsport boss Barry Ryan says a win-or-bust attitude made all the difference for Brodie Kostecki and Will Brown in their rookie Supercars season.

The Dandenong South-based squad enjoyed a successful 2021 Repco Supercars Championship despite wholesale changes to its driver and engineering line-up.

Brown and Kostecki finished eighth and ninth in the drivers’ championship respectively, often finding themselves in contention for podium finishes.

The feat put them in the realms of Scott McLaughlin, who was a top 10 finisher in his first full-time season.

In Ryan’s view, it was Brown and Kostecki’s self-assured attitude that they would be on the pace from the outset that put them in a different league to predecessor Anton De Pasquale at the same point in his career.

“Yeah, it is funny that because Anton, I truly think he’s as good as Brodie and Will, but had just a slightly different mentality, where Brodie and Will at the start of last year actually already thought they were going to be competitive,” Ryan told Speedcafe.com.

“They didn’t think they’re going to be 15th or 20th and just have a learning year. They weren’t interested in that. I think Anton was probably a bit more ‘I’ll just get my feet on the ground and just have a solid year’. That was 2018, his first year.

“Driver mentality is a massive thing and Brodie and Will definitely got into that first race last year and had no other thought than trying to put it on pole. That’s just the sort of people they are.”

Erebus Motorsport now finds itself in a position where it knows both of its drivers are capable of contending for race wins regularly.

It’s arguably the best position the team has been in for three or four years, the last time when David Reynolds was a regular pole position and race win contender.

Ryan said there’s also been a shift in the mentality of the team where it was once happy to concede Reynolds would have a team-mate still developing their craft in De Pasquale.

“The biggest thing now is we’ve got two drivers that are working together to get that result and they’re both capable of it,” said Ryan.

“So it lifts a whole team, where back then… We didn’t have a second car, but we had Dave and other drivers.

“I’m not being disrespectful, that’s just what it was, because that’s just how we built our team, but now we’ve got two top-line drivers.

“You can only get better because they’re just constantly pushing each other and making sure they get better results.”

The team is just two weeks away from the 2022 season-opener at Sydney Motorsport Park, a venue the team has fond memories of after Brown’s first race win last November.

Initially, the season was to open on the streets of Newcastle, though COVID-19 put paid to that.

“I’m definitely not upset about it,” said Ryan of going back to Sydney.

“It was going to be the last round of the year, which was still going to be positive. But being the first round, it’s always good to kick off the year strong.

“There’s no reason why we’re all of a sudden going to be 20th. We’ll be definitely going there to win races, and at least have cars in the top five, and then a good championship position after the first round, which is always a massive positive for the year.”