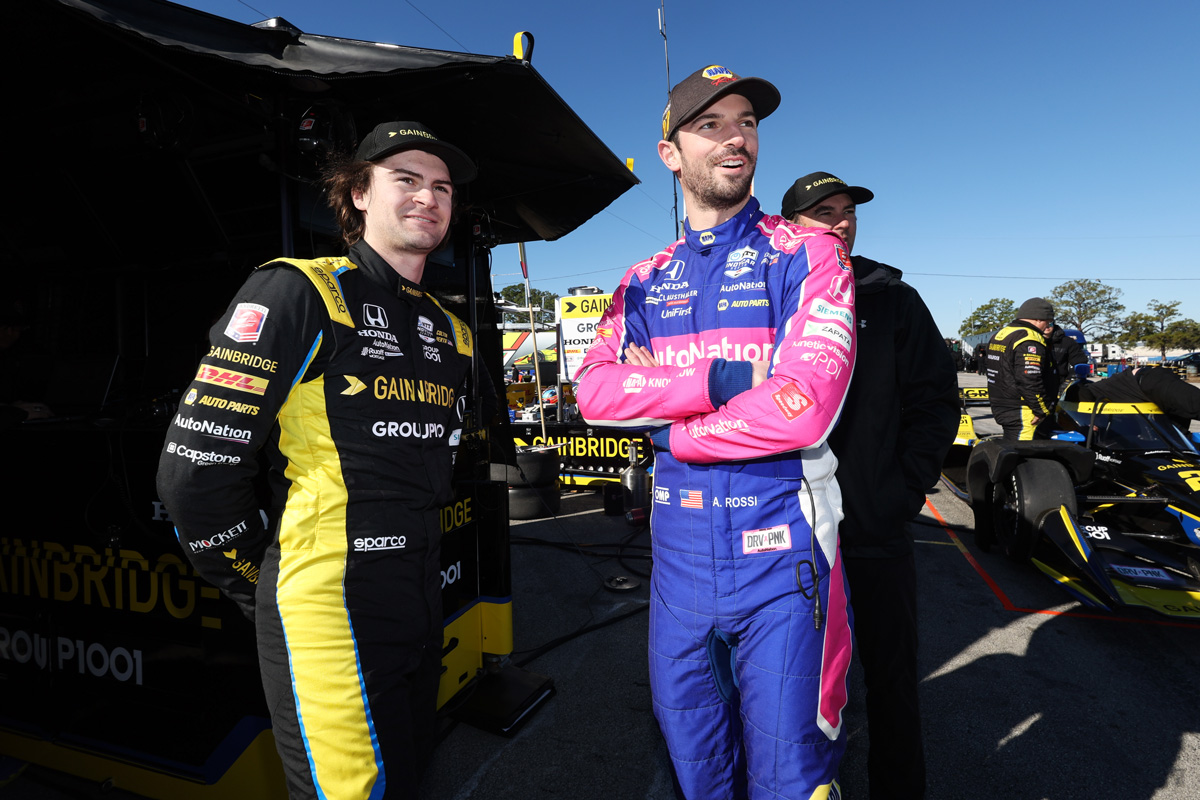 Formula 1’s surging popularity in the United States could soon skyrocket as the famed Andretti organisation strives to enter the world championship in 2024.

And it’s making no secret of its intentions to field at least one American driver, with Colton Herta the favourite having already been linked to a drive during Andretti’s attempts to purchase Sauber Motorsport last year.

No American driver has lined up on an F1 grid since Alexander Rossi at the 2015 Brazilian Grand Prix.

Scott Speed is the last driver from the US to have completed a full F1 season, in 2006.

The most recent American to have scored a world championship point? Andretti boss Michael Andretti, for McLaren in 1993.

And his father, Mario, of course, was crowned the 1978 F1 world champion.

Mario opened up on the plans to have Andretti join F1 in an interview with Racer’s Chris Medland, at a time when the US is moving to having two grands prix this year as Miami debuts.

“He’s going to definitely start with at least one American driver, which more than likely is going to be Colton,” he said with reference to Herta, Andretti Autosport’s 21-year-old star in the IndyCar Series.

“I’d put my money on that kid any day, I just feel that he’s something very special and it’s not just words, he’s proving it and it’s fun to watch him doing his things.

“Michael has been able to be part of that — cultivated him right from the beginning when he came out of Europe in Formula 4 when he drove alongside people like Lando Norris. People like that know him, so he has a great feel for these things.

“Look what he’s done so far in the IndyCar Series. Already won six races, pole positions against the best that IndyCar has got to offer, so don’t take that lightly.

“That’s pure talent, because everybody in IndyCar has the same equipment, basically, so the onus is a lot more on the driver. It would be lovely to see an American that really wants to be there and he’s one of them.

“Michael can provide that vehicle unless he gets an opportunity sooner, and Michael would let him go. But he’s one, and Michael will arm himself with at least one American driver, maybe two.

“But it’s going to be at least one, and that’s important. It’s been a long time since we had an American driver in F1.”

Andretti Snr also indicated the F1 team would be based in the United Kingdom.

“We’re not going to operate out of the US,” he said.

“Michael’s whole plan is to expand all operations, expand even the facility in Indianapolis where we’re going to have much more capability to be able to manufacture aspects of it, not relying on other vendors.

“But the base operation, engineering, everything is going to be out of the UK.

“That’s solid, that’s the way it’s going to be. We don’t need to confuse all that. A lot of people said, ‘You’re a dreamer to operate out of the US.’

“No, that’s not the intent. We’re not stupid about these things.”

Among other series Andretti already competes in are Formula E, Extreme E, and the Repco Supercars Championship (as a co-owner of Walkinshaw Andretti United).