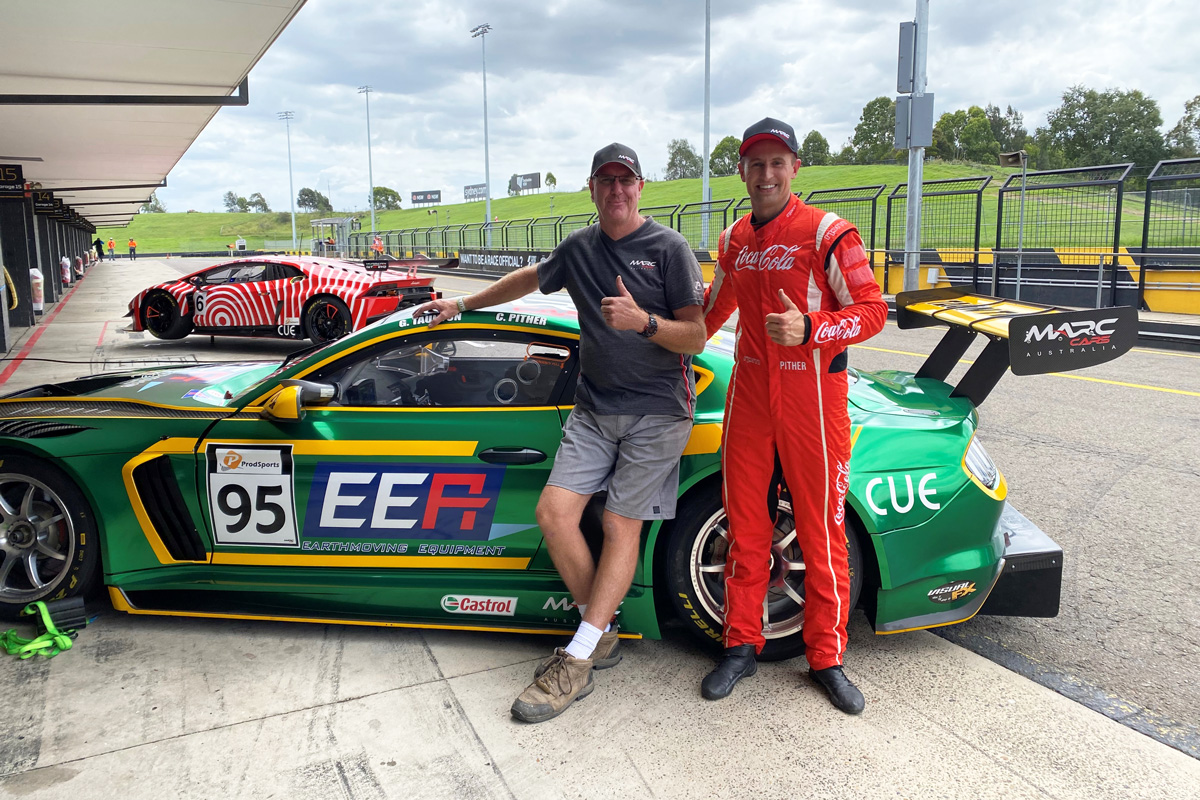 Chris Pither will today take a key step in preparations for his full-time Repco Supercars Championship comeback when he races in the Super GT 4 Hour.

The 2018 Dunlop Super2 Series winner is teaming up with Geoff Taunton aboard a MARC car at Sydney Motorsport Park, a fortnight out from the Supercars season-opener at the same venue.

“I’ve not done a lot of racing over the last year. Ultimately I only did three events last year: I did the Bathurst 1000, I did the Sydney Motorsport Park 4 Hour with Geoff in the MARC car last year, as well as one round of the Toyota 86 Racing Series,” Pither told Speedcafe.com.

“So three races last year definitely wasn’t enough and obviously with a big year ahead, there’s no time to build into it.

“I need to hit the ground running, so I have made it a focus leading up to the first round to do as much driving as possible, and driving this weekend in the 4 Hour in the MARC car is going to be great mileage for me.”

Pither is part of the all-new PremiAir Racing squad led by Peter Xiberras.

“The opportunity came up to get Chris in a MARC car this weekend and I thought it was a great idea,” said Xiberras.

“I think it’s a great opportunity for Chris to get some laps under his belt ahead of our first Supercar round in two weeks’ time. Any extra practice is always a great idea especially before the start of a season.”

Despite his vast experience, 35-year-old Pither is leaving no stone unturned in his bid to better himself on-track.

That included him recently visiting Norwell Motorplex on multiple occasions to work with renowned driver coach Paul Morris and his team, with team-mate Garry Jacobson joining him driving a Toyota 86 car at the southeast Queensland facility.

“There’s drivers out there that are in different cars every other weekend and it forces you to adapt and I think that’s normally the sign of a good driver.

“One aspect of it that I haven’t had for a long period of time is having somebody sit in the car with you and critique what you are doing, and it sometimes highlights things that you don’t even realise you’re doing yourself. It just makes you think.”

There was also benefit in developing the relationship between himself and Jacobson for when it comes to understanding one another’s driving style.

“We were sharing a car, in the passenger seat with each other at different times of the day, and again just looking at how we do things differently in terms of lines and driver technique is useful,” Pither added.

The Super GT 4 Hour is part of Round 1 of the Australian Motor Racing Series this weekend.