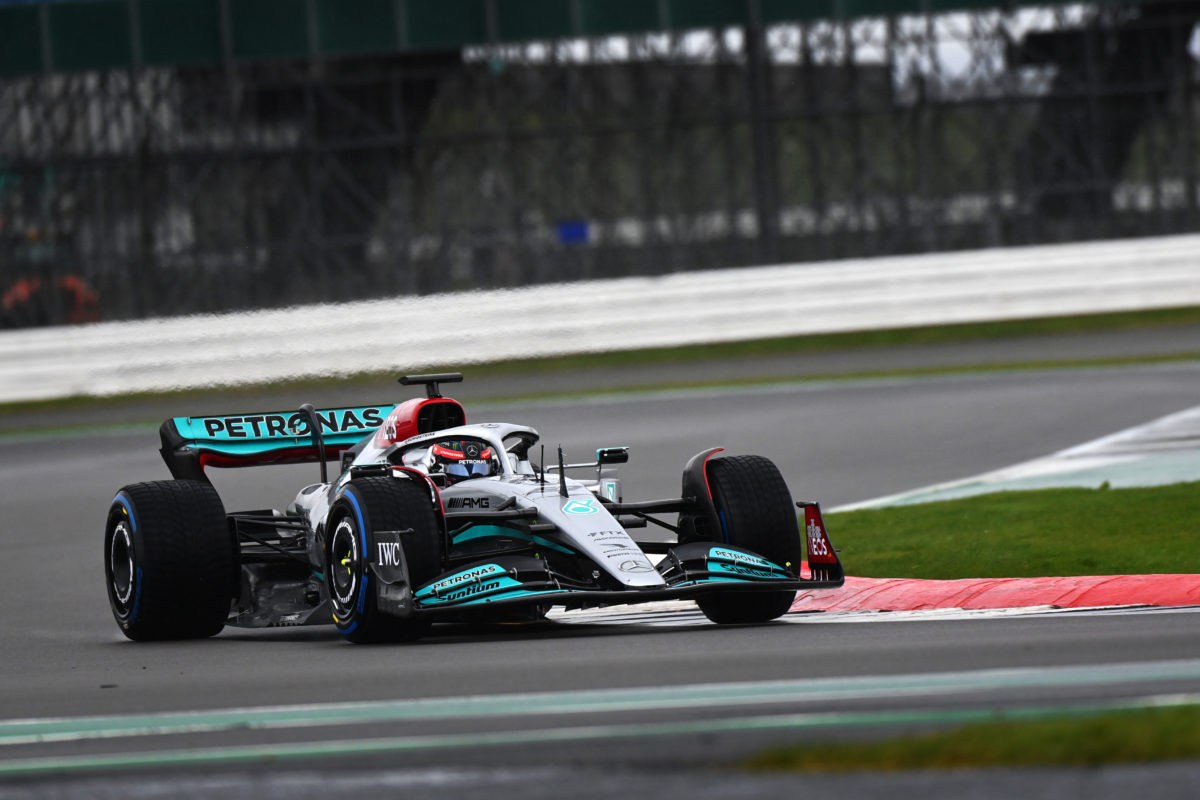 George Russell and Lewis Hamilton have both sampled Mercedes’ 2022 Formula 1 car, the W13.

The pair got behind the wheel of their new steed at Silverstone following the launch of the car on Friday.

Their outing came as strong winds battered the United Kingdom but afforded both drivers and the team an opportunity to get a first taste of the year ahead.

“It was absolutely crazy, but we managed to keep the car on the black stuff.

“To be honest, we just went through the programme of just running it, making sure I’m comfortable, which I am,” he added.

“I’m pleased. The car handled largely as we expected, but equally in these conditions, in the wet and the wind, there’s not a huge amount you can take from it.

New regulations for this year have not only seen dramatically different cars, but resulted in machinery that is markedly different to drive.

Specifically, the cars are more difficult with the performance window having shifted versus the previous era’s designs.

“If you take the exact same car, when there’s no wind of anybody in those 100 kilometre hour winds today, it’s going to feel very difficult to drive,” he reasoned.

“It certainly wasn’t easy out there with the conditions, but it was very much in line with what we saw on the simulator.

“But it’s going to be a constant learning process.

“I think we’re all going to take today with a pinch of salt and just get through the programme, make sure the car runs okay, make sure the drivers are comfortable, and make sure we’re in the best spot possible ahead of us.”

With the promotional day now complete Mercedes will use the data it gathered to correlate its design ahead of pre-season testing.

Just six days of running precede the season proper, starting in Barcelona on Wednesday with a three-day ‘shakedown’ test.