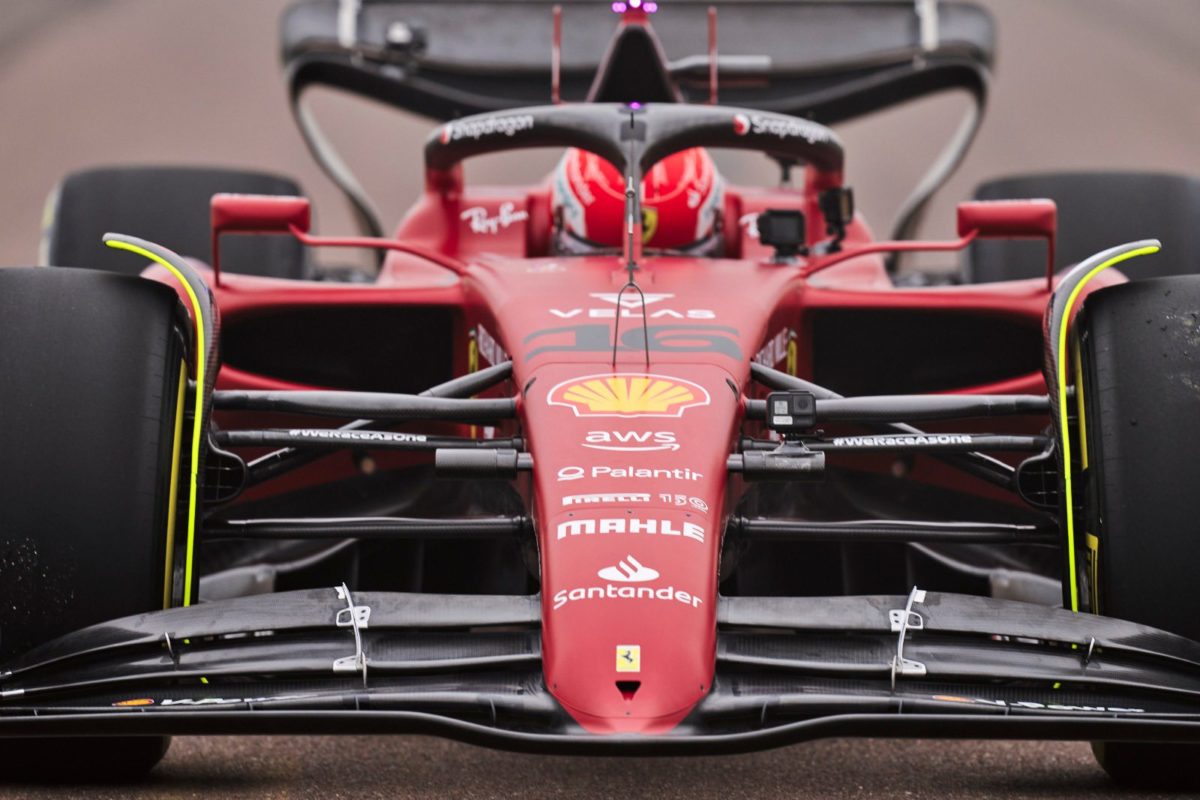 Charles Leclerc aboard the Ferrari F1-75

The 2022 Ferrari Formula 1 car has seen its first on-track action following a demonstration outing in Fiorano.

The Scuderia launched the F1-75 on Thursday with team boss Mattia Binotto revealing the car would run on Friday.

“We will have a first demo event tomorrow at Fiorano,” the Italian said at the launch.

“It will only be 15km per the regulations, not on the normal track, that’s for a demo purpose.

“Then we will move to Barcelona and the day before each team will start the winter session, so the 22nd, we will have a filming day [of] 100km.

“So from now to the start of the winter testing, we’ll have a couple of days; a demo event, and a filming day where we’ll run the car.”

While teams are allowed ‘promotional’ running, during which they’re allowed to complete no more than 100km of running on specifically provided tyres, there is an additional facility within the rules for demonstration runs.

Those limit teams to no more than 15km of running around a circuit not approved for use by a Formula 1 car.

By making use of a variant of the Fiorano facility, Ferrari met those obligations and was able to complete a short shakedown for the new machine.

Mercedes, Williams, Aston Martin, and Red Bull have all taken to Silverstone to shakedown their new cars courtesy of ‘promotional’ days.

Alfa Romeo Sauber has also been in action, despite not having yet launched its 2022 car, using Ferrari’s Fiorano test track.

Pre-season testing gets underway on Wednesday, February 23, in Spain.