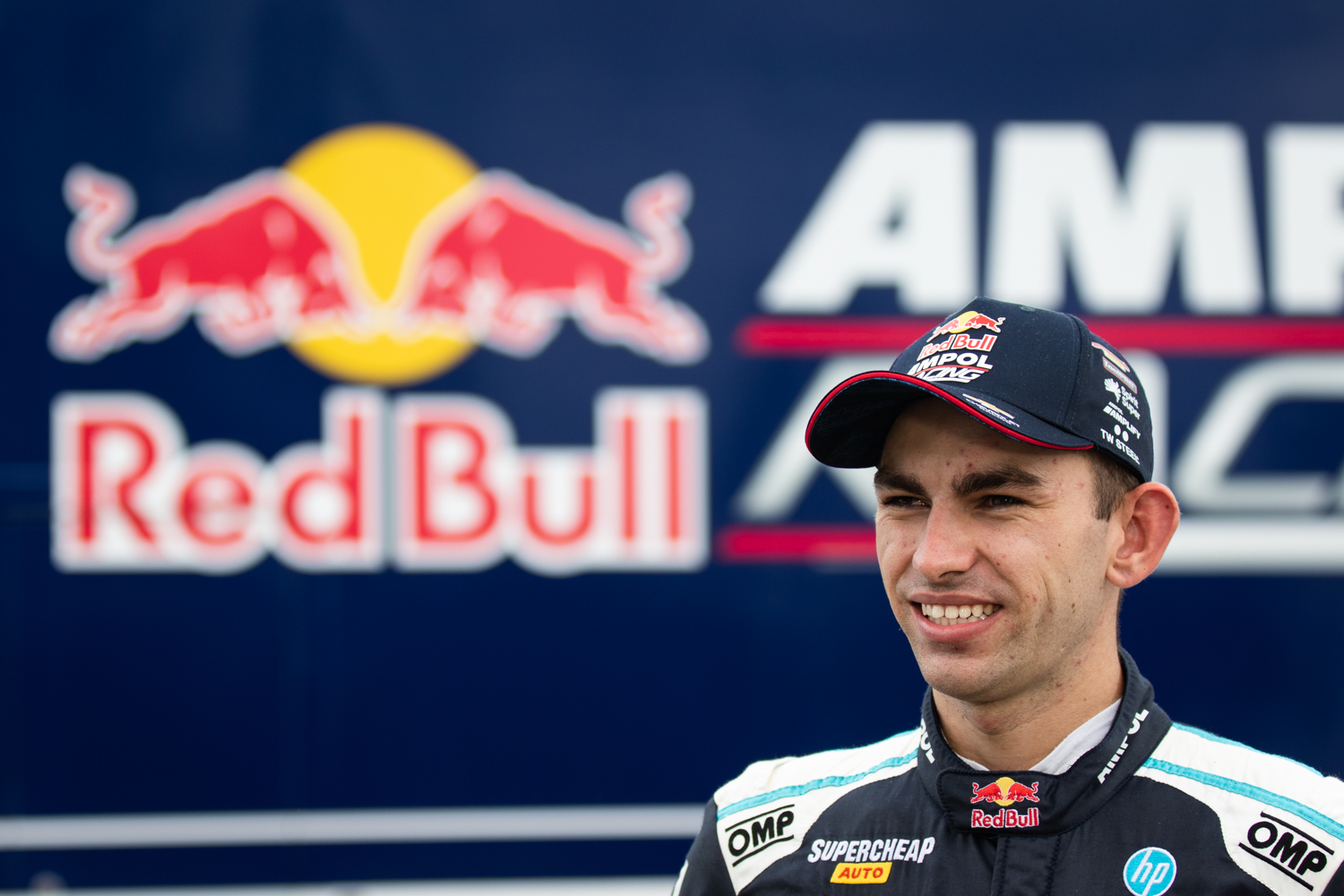 Broc Feeney says his first test as a Repco Supercars Championship full-timer is one he won’t forget any time soon.

Although no stranger to a contemporary Supercar at Queensland Raceway, this week’s test was the first for Feeney behind the wheel of the #88 with the full support of Red Bull Ampol Racing.

“Certainly a day I won’t forget for many reasons. First day on the job. It was a good day.

“We didn’t really have any hiccups all day. It was just me trying to get comfortable in the car and understanding how this side of the garage operates.”

The test took place in unseasonably cool conditions for Ipswich.

Overcast skies and low ambient temperatures made for an enjoyable day on track as teams recorded some of the fastest times seen at Ipswich in recent years.

“I suppose for Queensland Raceway it was a pretty good day,” said Feeney.

“Normally it’s stinking hot and you’re sweating out and the middle of the day is normally, I wouldn’t say useless, but it’s hard to learn things when it gets so hot.

“It was good because it was consistent throughout the whole day, so we got to try some different things. Perfect test conditions.”

Just two weeks out from his first race of 2022, the 19-year-old said that reality is starting to dawn on him.

“It’s a weird one, it definitely feels like the season is about to start and I’ve been putting in a lot of work in, putting a big focus on getting ready for the start of this season,” said Feeney.

“It’s still hard to believe the position that I’m in, jumping in this team as a rookie straight up.

“I’m just excited. I’m taking it in as much as I can, it’s going to be a learning process, but I’ve got good people around me.”