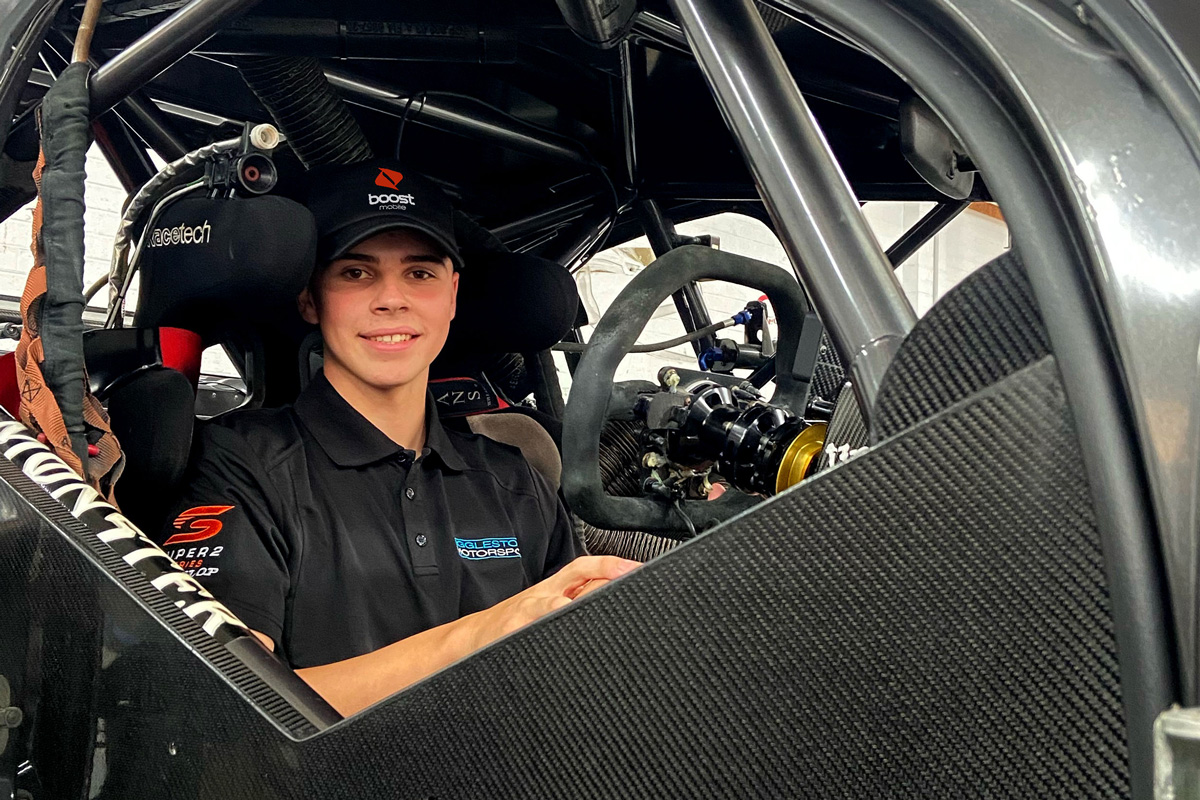 Kai Allen will compete in the 2022 Super3 Series

Eggleston Motorsport believe teen signing Kai Allen has what it takes to become a future star of the Repco Supercars Championship.

Allen, 16, was yesterday confirmed for his Dunlop Super3 Series debut at Sydney Motorsport Park next month when a 34-strong entry list was released for the feeder category’s opening round.

Having honed his craft in the Toyota Gazoo Racing Australia 86 Series last year, he will be behind the wheel of an ex-Jamie Whincup Triple Eight VE Commodore in 2022.

Eggleston has already shown its faith in Allen, signing him to a two-year deal which includes a promotion to the Super2 Series in 2023.

“We are so excited to be able to bring a new young talent into Supercars to begin, what we believe, will be a very successful career,” said team manager Rachael Eggleston.

“We see huge talent in Kai, as do many people who are supporting him and have helped him to get this point.

“He has a lot of natural ability, a great attitude, and has a keen interest and understanding of the mechanical side.

“Bringing in and developing young talent is a real passion of ours and we hope to be a part of Kai’s journey for the long term, which is why we have signed him for two years.

“Super3 is the ideal place to learn the ins and outs of racing a Supercar, before stepping into Super2 the following season.

“We are confident that he will join drivers like Will Brown and Brodie Kostecki who have driven with EMS and have gone on to star in the main series in their rookie seasons.”

With a pre-season test at Winton Motor Raceway just around the corner, Allen is looking forward to getting acquainted with his new team and machinery.

“I can’t thank Ben and Rachael Eggleston enough for the opportunity to be a part of their professional team,” Allen said.

“Ben and Rachael have helped many young drivers like Brodie Kostecki and Will Brown to become successful drivers.

“My aim is to have a career in Supercars. I know it is going to take a lot of hard work, but being involved with a great team like the Egglestons and having the guidance of Paul Morris, Brodie Kostecki and Nathan Cayzer behind me is so valuable.”

Eggleston Motorsport has committed to running four cars this year, with Matt McLean and Cameron Crick in Super2, and Allen and Steven Page in the third-tier.