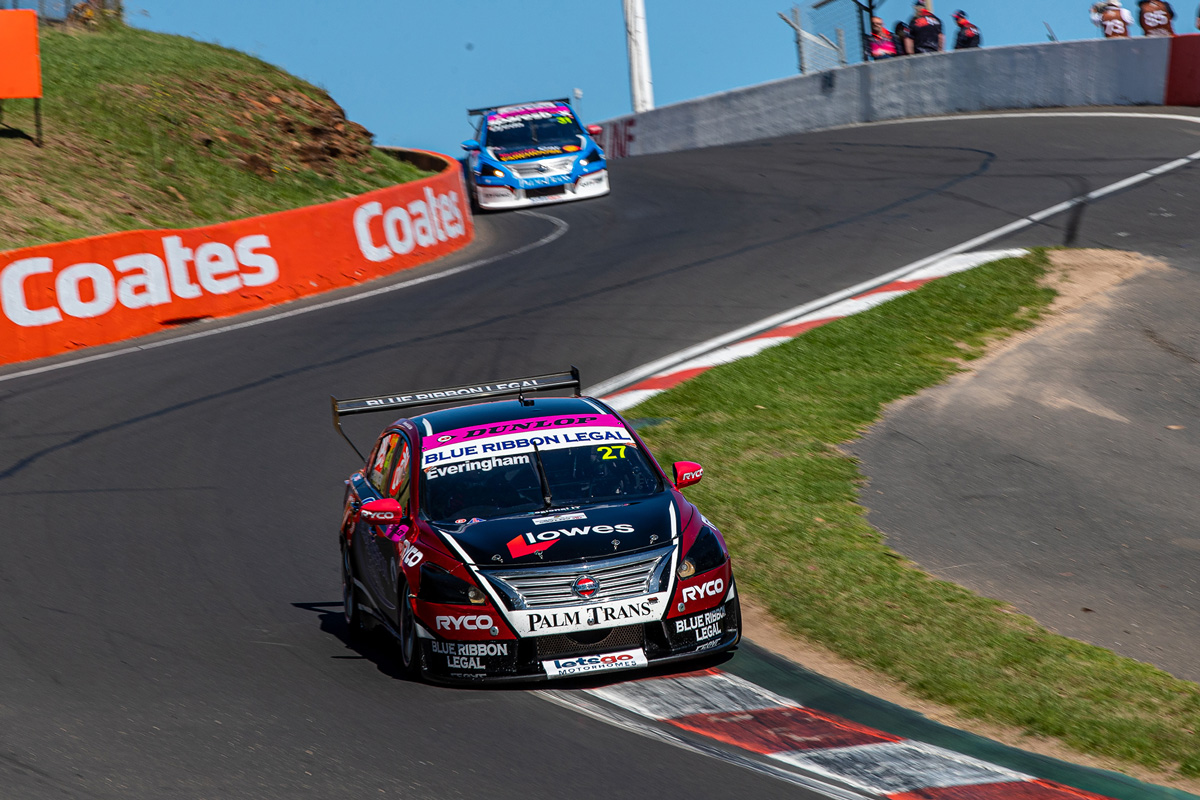 Tyler Everingham in the #27 Altima

Tyler Everingham is set to be a leading contender for the 2022 Dunlop Super2 Series crown after inking a new contract with MW Motorsport.

The three-time Super2 race winner will arguably be the Nissan squad’s spearhead as Angelo Mouzouris and Thomas Maxwell join him as team-mates.

MWM has confirmed it will return to a three-car model this year, meaning regular front-runner Jayden Ojeda will depart.

It’s not yet clear what Ojeda’s 2022 plans consist of, having at one stage looked set to join forces with Walkinshaw Andretti United before those talks died down.

As for Everingham, he himself endured some uncertainty before being locked in.

“I had to jump through some hoops to make it happen but pretty lucky to get the opportunity to run around again. I’m looking forward to it,” the Dubbo product told Speedcafe.com.

“We had some strong results last year so hopefully we can hit the ground running.

“We had pace at pretty much every round so it’s good to come back and especially with a team you’re familiar with, so I think we have got a pretty good headstart on most of the other guys in the field.”

This season will be Everingham’s fourth with MWM, having combined for the 2018 Super3 title before stepping up together for a race-winning rookie Super2 campaign.

After a stop-start 2020 that involved one Super2 round with Anderson Motorsport and a Bathurst 1000 wildcard with Garry Rogers Motorsport, he returned to MWM last season and took sixth in the standings despite some misfortune along the way – including his car grinding to a halt on the Race 1 formation lap when he had qualified third.

“All three drivers will bring something new and exciting to our team, and we really feel we’ll be able to launch into the season on the front foot,” he said.

“Angelo has shown that he was very fast in the Triple Eight car over the past couple of years. He tested with us recently and he will have no problem jumping towards the front of the field from the outset.

“Thomas has been testing with us and is showing great signs. He is a Supercars rookie, but he is making a steep learning curve look easy. We feel that he is going to be a surprise packet this year.

“And it’s great to have Tyler back with us. He took his first race win in 2019 and is a star on the rise. There’s no reason why he can’t start the season the way he finished it.”