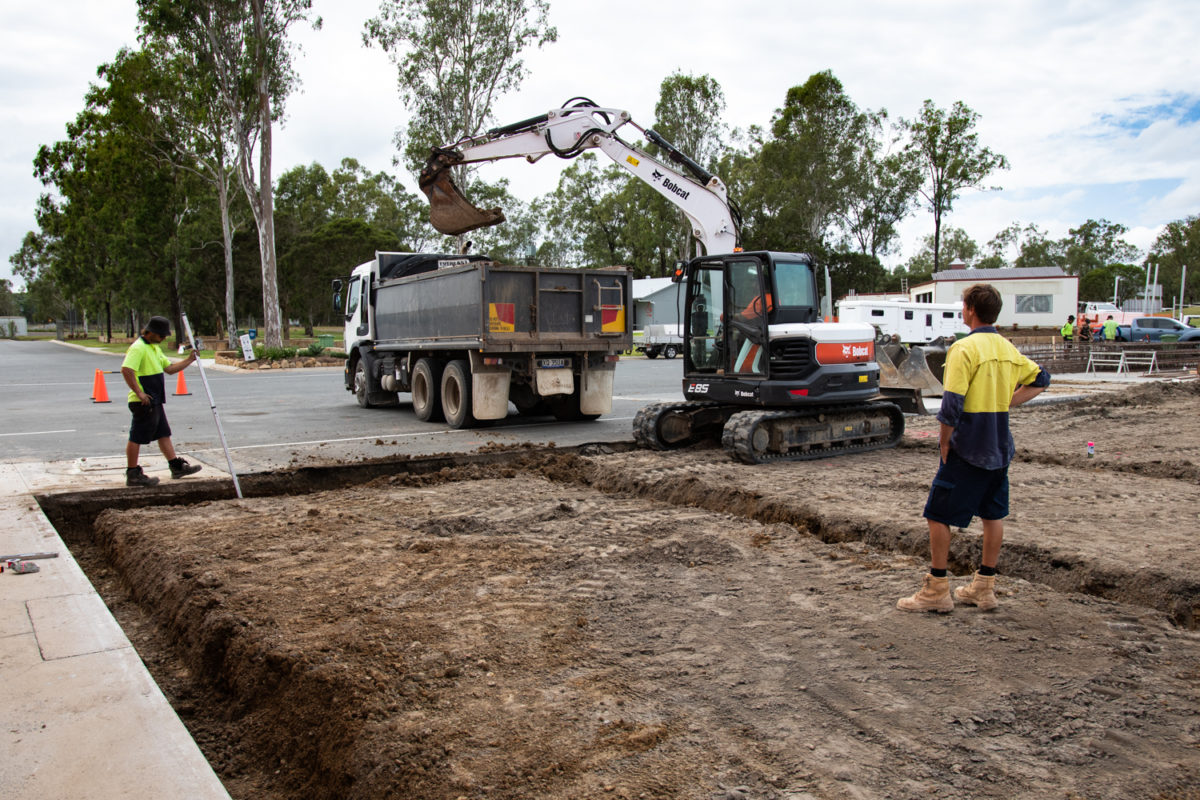 Significant upgrades to Queensland Raceway have shifted from the track surface to the surrounding facilities.

Last December, part of the circuit was resurfaced in the wake of Tony Quinn’s acquisition of the Ipswich venue.

In recent weeks, were poles erected for sun shade sails above the existing seating on the circuit’s embankment.

It’s expected the shading will be installed in the coming weeks.

CLICK HERE for a gallery of the work underway.

New concrete footpaths have also been paved in select areas, enabling wheelchair access to a viewing area, the soon-to-be-completed cafe, and revamped toilets.

Upgrades to the internals of the existing race control building are underway too.

Work has started in earnest to deconstruct the existing pit lane garages upon which new facilities will be built.

At pit exit (pictured above), groundwork has begun where garages, corporate facilities, and a viewing deck will be built.

Further down pit lane, a handful of pit garages have been deconstructed. In their place, new garages will be built, part of which will have a viewing deck and grandstand atop them.

Behind the pit lane, several existing enclosed garages used for event sign-on and driver briefings have been renovated and will be air-conditioned.

That replaces the container which was positioned at the foot of the race control building.

New facilities for electric-based motorsport are also in the process of being built.

Other changes to the facility include newly painted exit rumble strips, renovated gardens, and vending machines.

Quinn expects work to construct the pit garage and corporate facilities will begin in early March.

Queensland Raceway is set to host several high-profile categories in 2022, including Supercheap Auto TCR Australia as part of the Shannons Motorsport Australia Championships on August 5-7.

Before that, the mi-bike Motorcycle Insurance Australian Superbike Championship will host its second round on March 18-20.