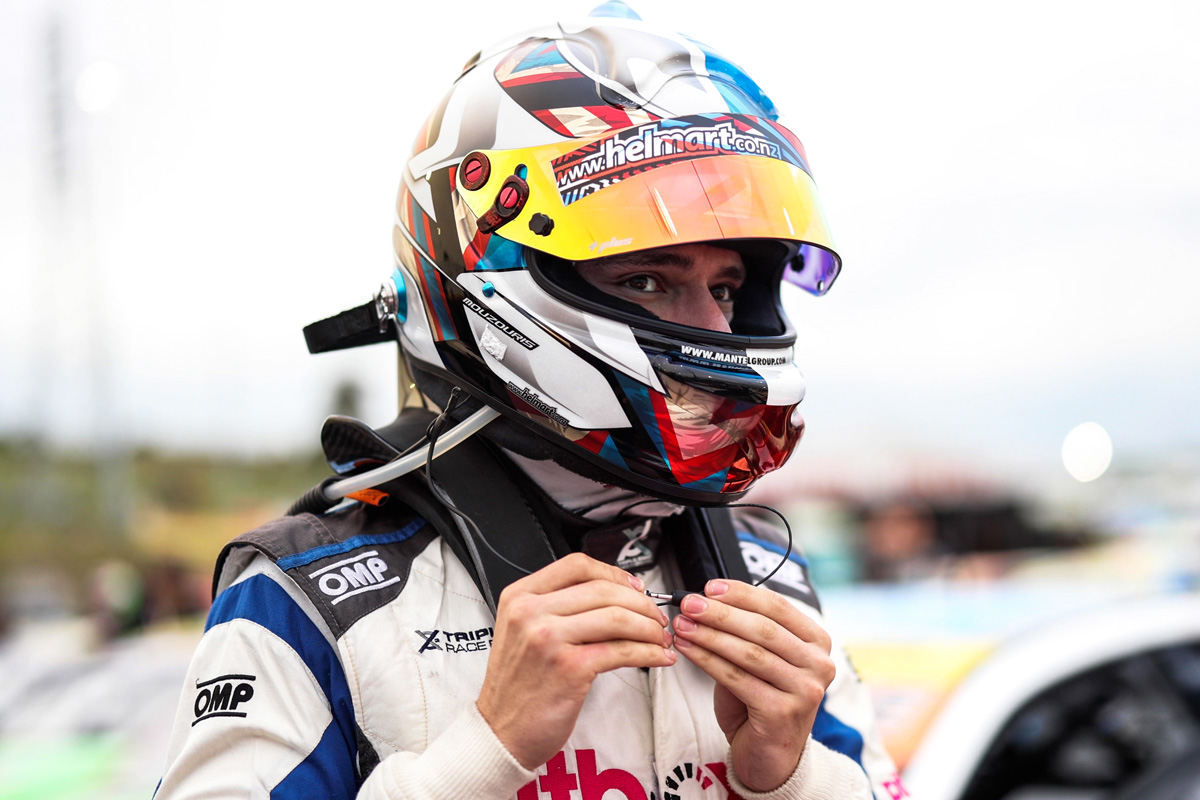 Former Triple Eight Race Engineering prodigy Angelo Mouzouris will be out to beat his old team in the 2022 Dunlop Super2 Series, after signing with MW Motorsport.

Mouzouris had worked at Triple Eight’s Banyo headquarters while racing for the powerhouse team for the past two years.

But after making a stunning start to the 2021 season, taking a maiden pole position and podium in the opening race at Mount Panorama, things unravelled from there as team-mate Broc Feeney charged to the title.

After a long period of uncertainty around what the coming season would hold, Mouzouris will turn to an MWM Nissan Altima to push for bigger and better things in Super2.

No team has won more second-tier titles than MWM’s four, the most recent two coming in 2019 and 2020 with Bryce Fullwood and Thomas Randle, respectively.

It was with Sonic that he won the 2019 Australian Formula Ford title.

“It’s great to lock in my racing for 2022, I’m back in Melbourne this year and driving in two completely different categories is really cool and going to be a new challenge for me,” he said.

“With only a six-round season, you don’t get many laps in the Supercar, so it’s going to be good to be in a race car more often.

“And I’ll be racing on tracks that I haven’t done before, like the first round at Albert Park in the Porsche, so that is a huge positive.

“There will be some rounds where I’ll only have one car to race, and then there’ll be some events where I’ll have both, which I’m really looking forward to.

“I tested both of them recently and got into a groove pretty quick. There will be some extra prep work to be done of course, but I want to demonstrate my flexibility and ability to adapt in two very different race cars.”

The 20-year-old reported a positive first impression of the Altima from a recent Winton test day, and is looking forward to joining the MWM fold.

“I’ve raced against Matthew White’s team in the past and I know them to be really professional and results driven,” said Mouzouris.

“I felt comfortable very quickly with the team and the car. I’m confident that we can get up to speed quickly for Round 1.”

As for the Sonic reunion? “They played such an instrumental role in my development in Formula Ford, and there’s so much of what I can do in a race car that I can credit to them.

“Its record with drivers speak for themselves – in any category that they race in – so I’m hoping to continue that on with them in Carrera Cup this year.”

Among Mouzouris’ MWM Super2 team-mates will be rookie Thomas Maxwell, while there’ll be at least one more Altima in the field courtesy of Grove Racing’s Matt Payne.