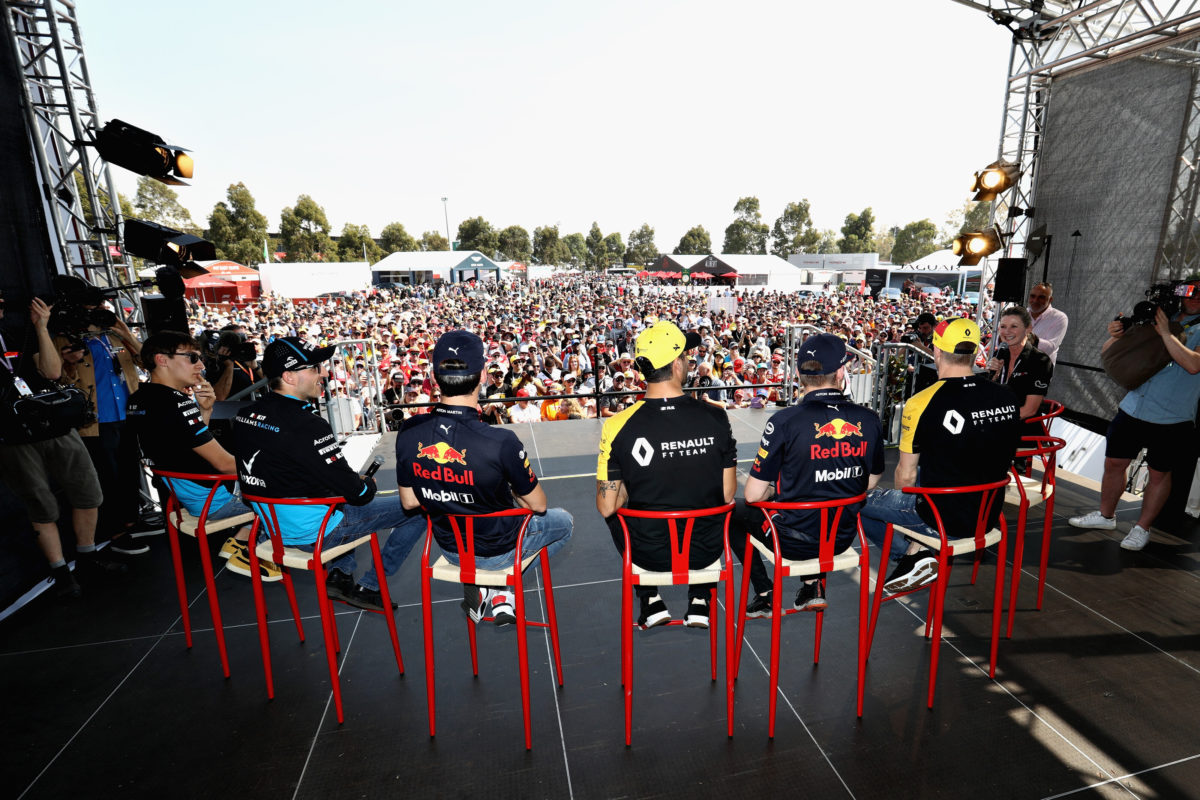 Commentator David Croft is keen to return to Melbourne for the Formula 1 Australian Grand Prix after an absence of two years, describing the event as a “motorsport festival”.

The 2020 event was cancelled in the hours prior to Free Practice 1, while last year’s grand prix was initially postponed before being cancelled and replaced by Qatar.

“It feels like forever since we were down in Melbourne, it really does,” Croft said.

“I can still remember how I felt the night we got the news that the [2020] grand prix was being postponed and was being cancelled for that year, and it was a massive sense of disappointment.

“We absolutely adore coming to Melbourne as a sport and personally, as a motorsport fan, I love being in Albert Park for a few days.

“Some countries host a grand prix, others embrace a grand prix, and Melbourne very much embraces everything that is great about motorsport.”

Formula 1 has been visiting Australia since 1985, the last two years aside, making it one of the longest running events on the calendar.

In Croft’s eyes, that’s nurtured a knowledgeable and dedicated fanbase which the Brit is keen to engage with.

Prior to this year’s race the Sky Sports commentator will host two ‘Ask Crofty’ live shows in Perth, both of which are sold out.

He’ll host another in Melbourne on the Tuesday prior to the Australian Grand Prix, with Martin Brundle set to join him on stage.

The show offers the audience an opportunity to participate, with Croft excited about interacting with Aussie fans.

“Anyone who devotes the time that Australian fans do to follow a sport tends to take quite a deep dive into the sport and they are very knowledgeable,” he said.

“Australian fans deserve a medal, quite frankly, for the amount of time they don’t spend in their beds but instead spend on their sofas watching a grand prix at some ungodly hour of a Monday morning.

“I’m not quite sure how much work gets done in Australia on a Monday, but hopefully not a lot because everyone’s been up watching the grand prix the night before!”

This year’s race will see a revised format, with the Formula 1 weekend not formally getting going from Friday.

Traditionally, the on-track action has been preceded by a media day on the Thursday, with press conferences with drivers.

The Australian Grand Prix will however remain a four-day event, with organisers today set to unveil the track schedule for this year’s event.

That will feature Supercars, S5000, and Porsche Carrera Cup on the supporting bill.

“I think what it does well is that it puts on a mega show, and there is activity on the track from start to finish,” said Croft when asked what sets the Australian Grand Prix weekend aside.

“Now, some people might like to complain about the two-seater Formula 1 car going around the track at 7:30 in the morning.

“There are those, me for instance, that quite like that as an alarm call. I don’t mind that at all.

“It just feels like there is a proper motorsport party going on,” he added.

“Silverstone is very much the same. It’s just non-stop activity and the organisers do a brilliant job of keeping everyone entertained, even when the F1 cars aren’t on the track.

“They put on a motorsport festival and, as I say, embrace the grand prix and give all the ticket holders a chance to get proper value for money culminating, and fingers crossed once again, with what I hope will be an absolute classic Australian Grand Prix”

The ‘Ask Crofty’ event, with Brundle, will be held at the Plenary Theatre in Melbourne on April 5.

Both he and co-commentator Brundle will offer an insight into the commentary box, engage with fans, along with a number of interactive experiences throughout.

Tickets for the Ask Crofty event can be purchased here.

BAM Media, a sister company to Speedcafe.com, is involved in the promotion of ‘Ask Crofty’.