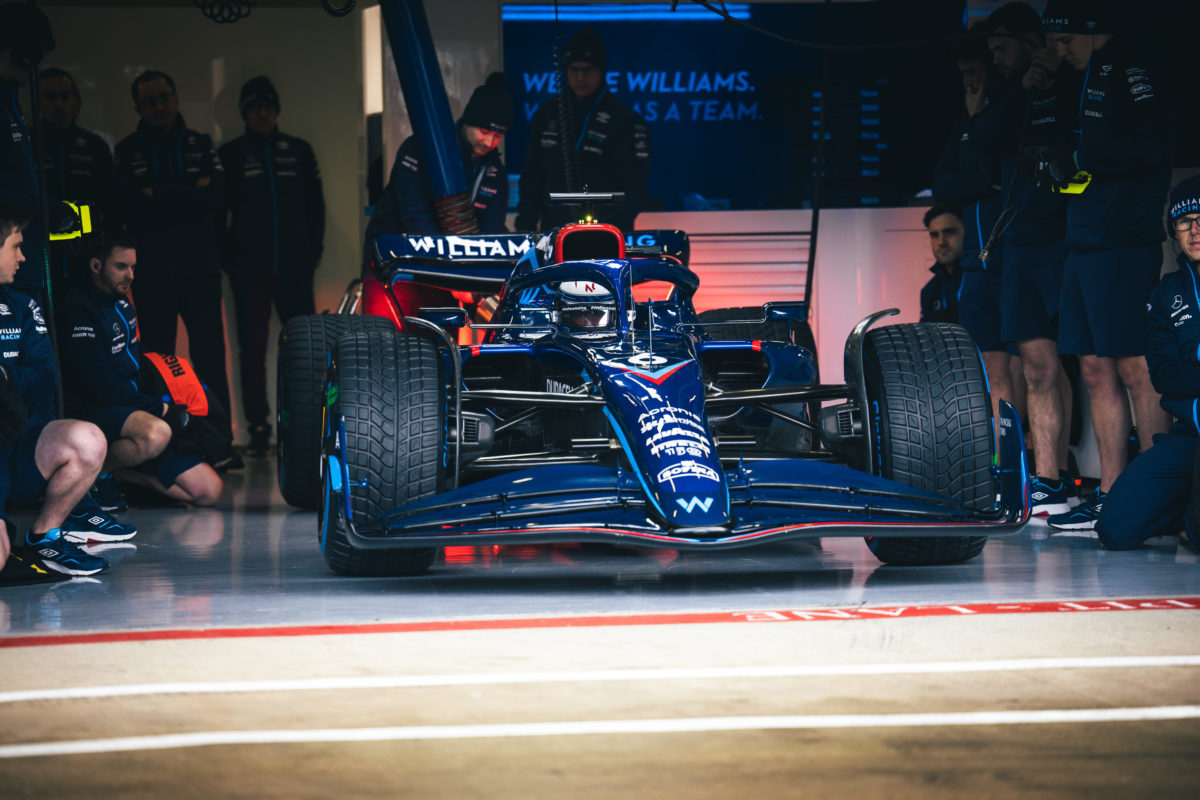 Williams has become the second Formula 1 team to take its 2022 machine to Silverstone.

The squad launched the FW44 livery on Wednesday to become the sixth team to show off the colours it will carry throughout the coming year.

However, it did so with a show car as the team worked at Silverstone to give the actual FW44 its maiden track running.

Initially it was planned to complete the ‘promotional filming’ day in the morning, but electrical gremlins are understood to have delayed that until the afternoon.

Both Nicholas Latifi and Alex Albon got behind the wheel of the all-new car, which features sculpted sidepods similar to those seen on the Haas VF-22.

Under the regulations, teams are allowed to complete up to 100km of running in a promotional day, on Pirelli tyres that are not analogous to those used during the season proper.

In Williams’ case, that saw the use of the wet tyres, with damp conditions greeting the team.

Pre-season testing follows, the first three days of which begins on February 23.

F1 launches are set to continue with Ferrari scheduled to unveil the F1-75 on Thursday followed by Mercedes, last year’s constructors’ world champions, on Friday.