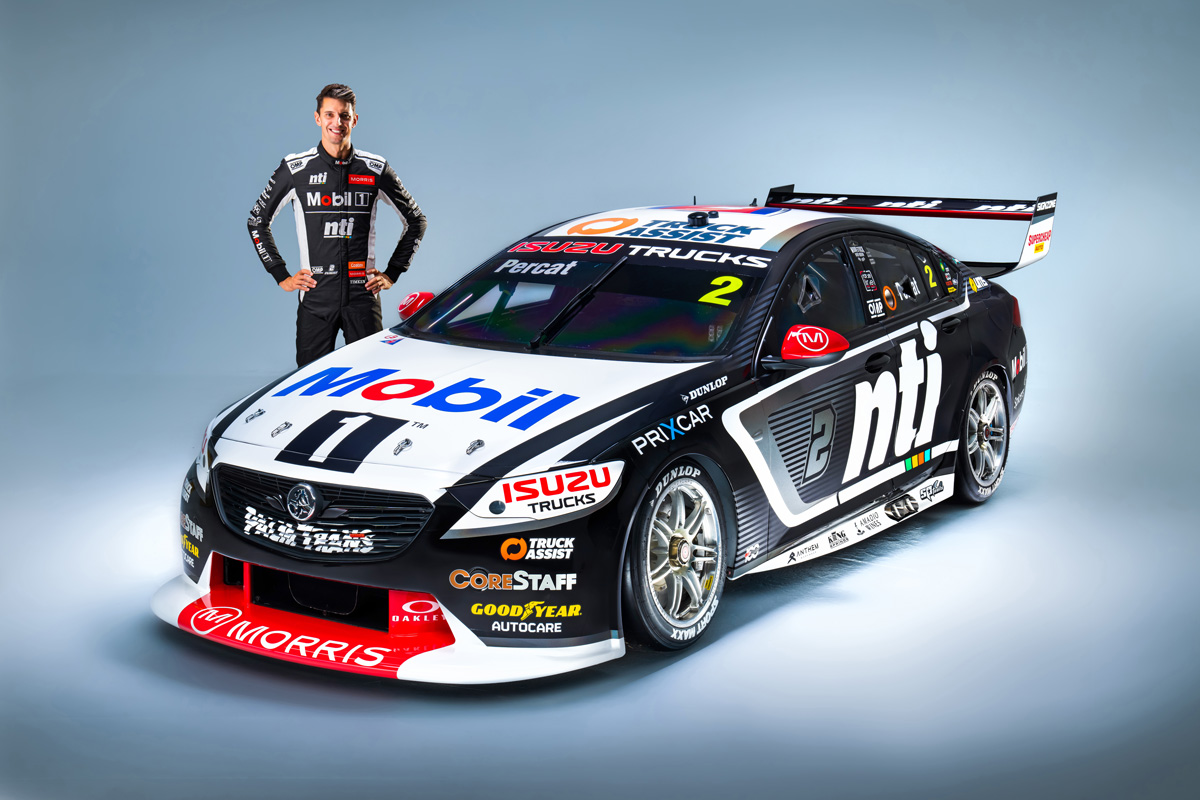 Percat, who returns to the Clayton-based squad after the best part of a decade away, will compete under the Mobil 1 NTI Racing moniker this year.

It marks a greater presence for NTI, which has previously sponsored the team via its connection through subsidiary Truck Assist.

“To see the Mobil 1 NTI Racing car in the flesh, I think it looks absolutely amazing, and it all feels very real now,” said Percat.

“I’ve had some pretty cool history with Mobil 1 last time I was here, so it’s great to be representing them again, and then to have NTI step up as well with the team and show their support in me and the team is really cool.

“It’s fantastic to see such a strong show of support from the entire partner group, the family type atmosphere from the top down is something that was really obvious from the moment I walked back through the doors.”

Walkinshaw Andretti United Platinum Partners Morris, Goodyear Autocare, and Amarok W580 have all increased their commitment to the team.

That has been backed up with the introduction of new sponsors Supercheap Auto, Isuzu Truck, and Anthem Workwear.

Next week, Percat will have his first hitout in his #2 Holden ZB Commodore at Winton Motor Raceway as part of pre-season testing.

“I can’t wait for that first test day,” said Percat.

“It’s going to be really important as a team to get to know each other better and start to gel, everything to this point has been great, so I just can’t wait to put the helmet on and roll out there.”

“It wouldn’t feel right to not have Mobil 1 on the bonnet, and to have NTI join them as a co-naming rights partner is fantastic, and we can’t thank them enough for their increased support for the 2022 season. Both are amazing companies who we are proud to represent.

“The support of our entire partner group has been incredible, we’ve got a lot of familiar brands on our car who we share great history with, which we are really thankful for, while also welcoming new partners to the fold this year.

“I’m really excited to see what Nick can achieve this season. He’s fitted in seamlessly around here, so it’ll be nice to get on track and get the year underway.”

The 2022 Repco Supercars Championship gets underway at Sydney Motorsport Park on March 4-6.