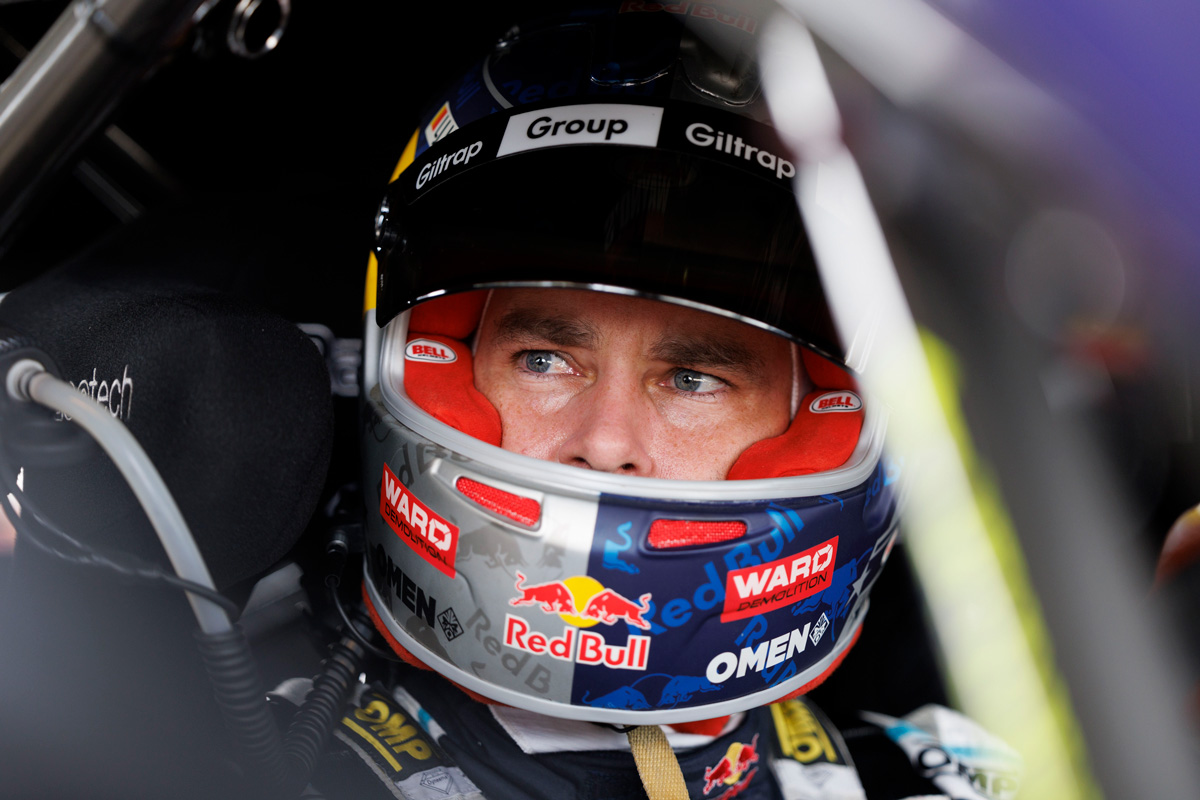 Shane van Gisbergen says his Red Bull Ampol Racing crew has placed an emphasis on catering its car to the demands of Sydney Motorsport Park during today’s pre-season test.

The outing comes little more than a fortnight before the season proper commences at Sydney Motorsport Park, which has tended to be a Shell/Dick Johnson Racing stronghold in recent times.

Anton De Pasquale indeed topped a remarkable 22 of 32 sessions during the SMP four-peat late last year, although van Gisbergen did manage to accumulate the most championship points during that period.

So, with the 2022 season to open back at SMP, van Gisbergen’s return to the #97 ZB Commodore today has come with a distinct focus.

“I tried some stuff to develop our Eastern Creek car,” he said, later also noting his plans to complete GT testing next week.

“It’s the kind of track that really shows up where you’re lacking on your car, so that’s what we’re trying to do today, find some things out.

“Our car is awesome, I’m driving around here and the thing is hooked up, it’s really good, but we need to find some areas for tracks like Eastern Creek.”

De Pasquale meanwhile reported a solid first day back in his #11 Mustang.

“We’re just focusing on how to go faster throughout the year,” he said.

“It’s getting back up to speed, going through things, and building that toolbox so that when things get thrown our way hopefully we have got some answers and can fight at the front somewhere.”

In addition to team-mate Will Davison, 2021 DJR co-driver Alex Davison has also spent time behind the wheel today.