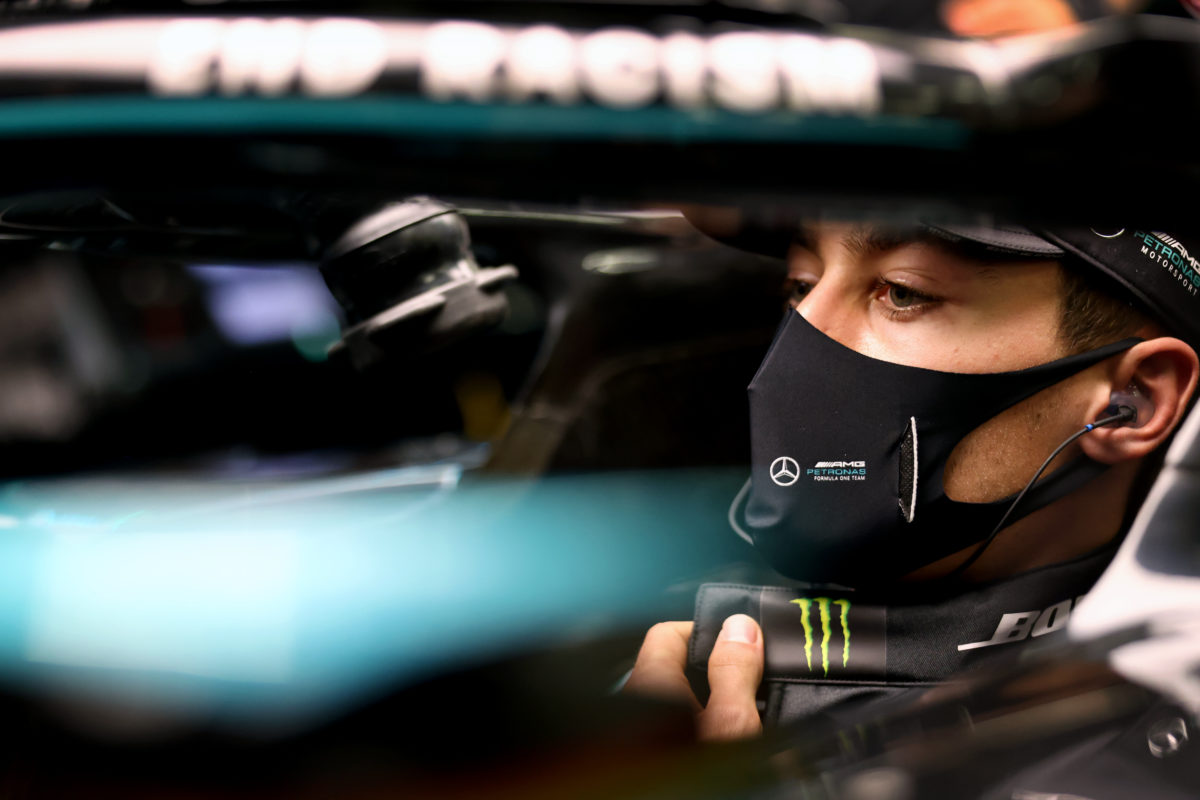 George Russell had a cameo with Mercedes in 2020

George Russell expects the 2022 Formula 1 season to turn into a development race as the sport comes to grips with all-new aerodynamic rules.

Mercedes dominated F1 from 2014 until last year, and while tipped to again feature prominently in 2022 there are no certainties.

It’s left Russell to suggest this year’s championship will be more of a development race than we’ve seen in recent seasons.

“It’s a very different car to the previous era and the characteristics of how the downforce is produced, it is completely different,” Russell said of the W13, the team’s 2022 car.

“There’s still a huge amount of improvements to be made to bring everything together to make it as nice as possible to drive.

“I foresee a lot of people being in the same boat because we’re just learning so much day after day, whether it’s in the wind tunnel, or in a simulator.

“It’s going to be a year of development,” he added.

“I think everybody wants to go to the first race and have the fastest car possible, but what will be more important is understanding what your limitations are and how you’re going to improve from those limitations to build yourself the best foundation possible.”

The Brit joins the all-conquering Mercedes team this year after three seasons with Williams, taking the place of Valtteri Bottas.

His move was widely expected after a starring cameo performance in 2020 when Lewis Hamilton was ruled out of the Sakhir Grand Prix.

Russell has long had links with the squad, having been part of its junior programme since 2017.

“It’s an incredibly special feeling to be an official Mercedes driver and a bit of a strange feeling at the same time,” Russell said.

“Having spent so much time there when I was in Formula 3 and Formula 2 as a junior driver, in a way it feels like returning home to people who I’ve known for such a long time.

“I feel like I know everybody so well already, so we were just straight to business on the important bits and bobs, to understand the new car, to understand the challenges, and to try and prepare as best as possible for the season ahead.”

In readiness for the coming year, Russell has spent time in the simulator, and has also been active in driving the development of the new car.

And though he joins a team that has dominated the sport in recent years, the 24-year-old isn’t lying down any specific targets.

“My hopes for 2022 is to really get the maximum for myself and the team around me,” he said.

“In terms of a result, I truly don’t believe you can put a value or a target on that because nobody knows where they’re going to be when they reach the first race.

“And if you do every single aspect correctly, give yourself the best chance of reaching the obvious goal.”

Mercedes is set to launch its 2022 car, the W13, on Friday after which the car will immediately take to track at Silverstone to complete a shakedown.