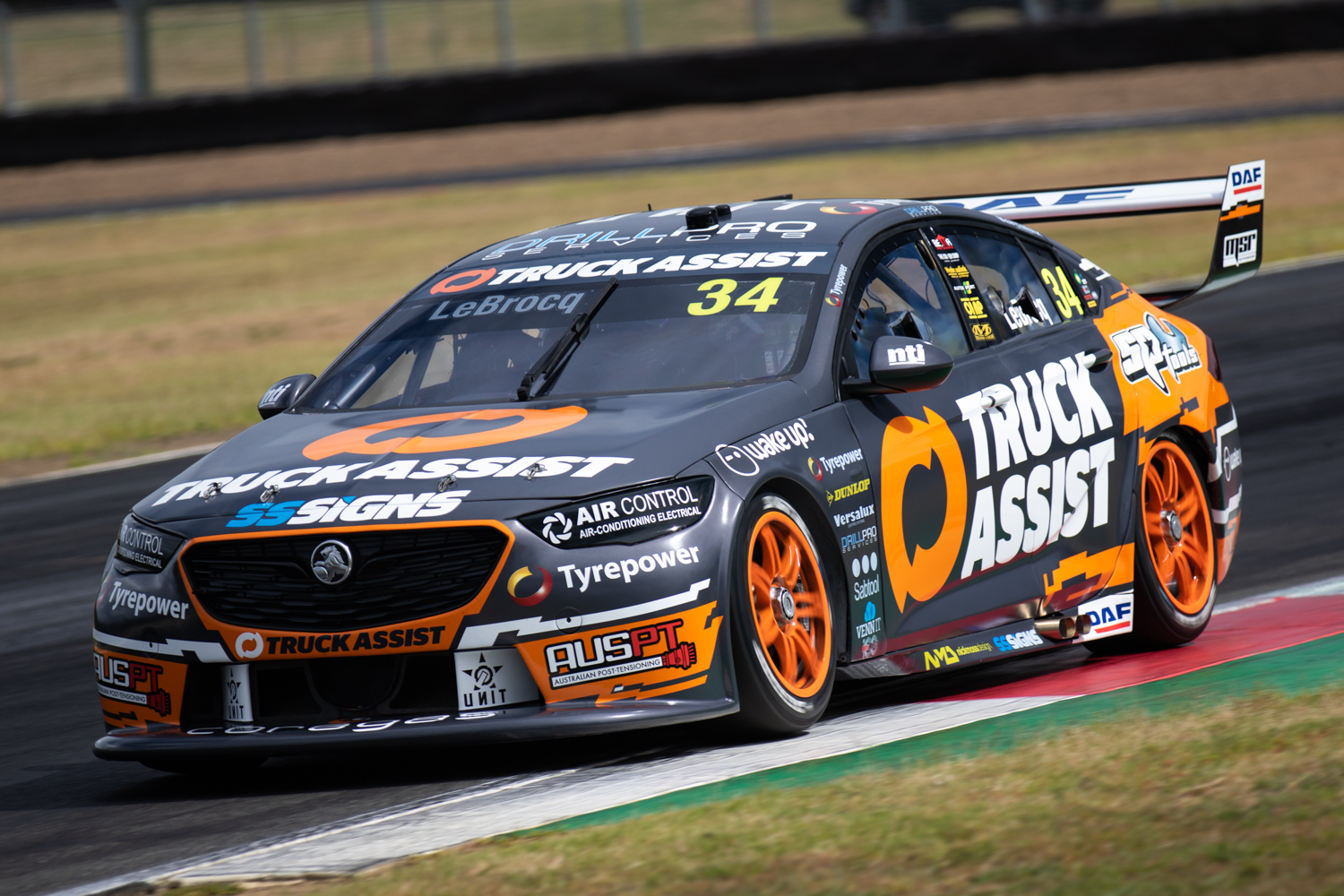 Jack Le Brocq and Matt Stone Racing are hoping their parallel journeys in the Repco Supercars Championship can pick up pace now that they have converged.

Both driver and team debuted in solo capacities as wildcard entries in 2017 before each stepping up to full-time duties the following season.

After two years at Tekno Autosports and another two at Tickford Racing, Le Brocq is spending his first day behind the wheel of MSR’s #34 Truck Assist Holden ZB Commodore today, testing at Queensland Raceway.

MSR is coming off a 2021 campaign in which it made strong progress, Zane Goddard qualifying on the second row in Tasmania and making multiple Top 10 Shootouts while Jake Kostecki jagged a top five finish at Darwin.

There were plenty of downs between the ups – something Le Brocq perhaps can relate to in a career where he has a race win and a second place to his name, but has never finished higher than 15th in the championship.

“They have obviously put together a really good car and they’ve been getting better and better at moving forward,” Le Brocq told Speedcafe.com of MSR.

“This year there has been quite a few changes, they have brought a few more staff in and Pete [Vale, team principal] onboard… it’s a good vibe in the workshop as well. Everyone is pretty pumped.”

“Last year I learnt a lot from my engineer Sammy Scaff[idi], he was unreal,” the 29-year-old continued.

“What he taught me last year has probably been my biggest year for a long time, with what I got out of it, and so I’m looking to building on that.

“I’ve got much more of an idea on what I need out of the car and the way to go about that. I think it will be good working with [race engineer Jack] Bellotti this year, I know him from my first year of Supercars as a data guy.

“We’ve got a great bunch of guys so I think anything is possible.”

Another fifth-year driver in Todd Hazelwood will be Le Brocq’s team-mate until at least the end of 2023.