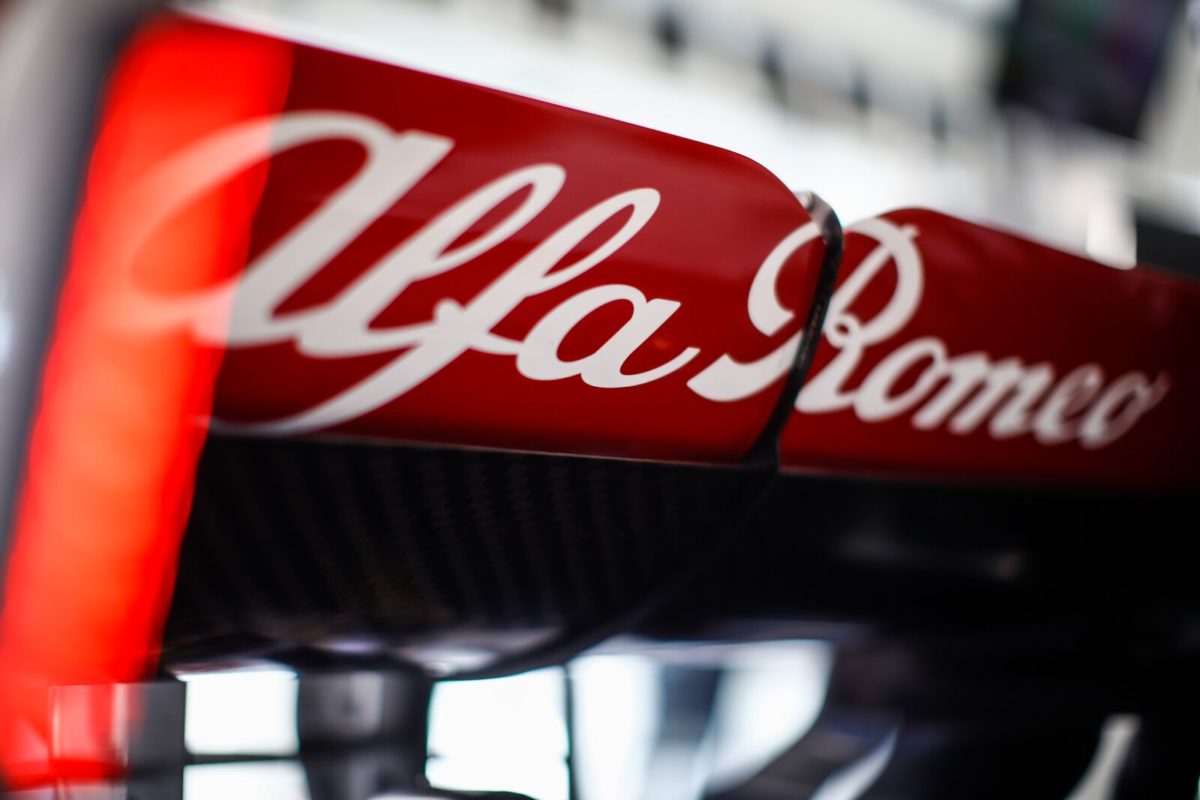 Alfa Romeo Sauber has shaken down its new car in Italy with Valtteri Bottas at the wheel of his new Formula 1 team.

The Finn completed running of the team’s 2022 machine which is not set for its public unveiling until February 27.

That comes two days after the conclusion of the three-day test in Barcelona which starts next Wednesday.

As has become something of a tradition for the operation, the new car was emblazoned with a camouflage livery.

However, such are the significance of the regulation changes this year that it was unmistakably the C42 Bottas and rookie team-mate Guanyu Zhou will campaign this year.

It’s a point acknowledged by the team, which confirmed the outing at the end of the day.

“The C42, in a special camouflage livery, took to the track for the first time just after 11am to perform system checks. In a distinctly wintry weather, with rain lashing down on the track, Valtteri Bottas completed the first outing of the car under the gaze of Team Principal, Frédéric Vasseur; Technical Director, Jan Monchaux; and team-mate, Guanyu Zhou.

“With all preliminary tests completed, the team will now prepare for the first testing session of the season, to be held in Barcelona on February 23-25, ahead of the official team launch on February 27.”

It’s not the first time Bottas has driven for Sauber, completing the post-season test in Abu Dhabi last December with the squad after being granted permission to make the early switch by former employer Mercedes.

Alfa Romeo Sauber did not release any official photography from the test.