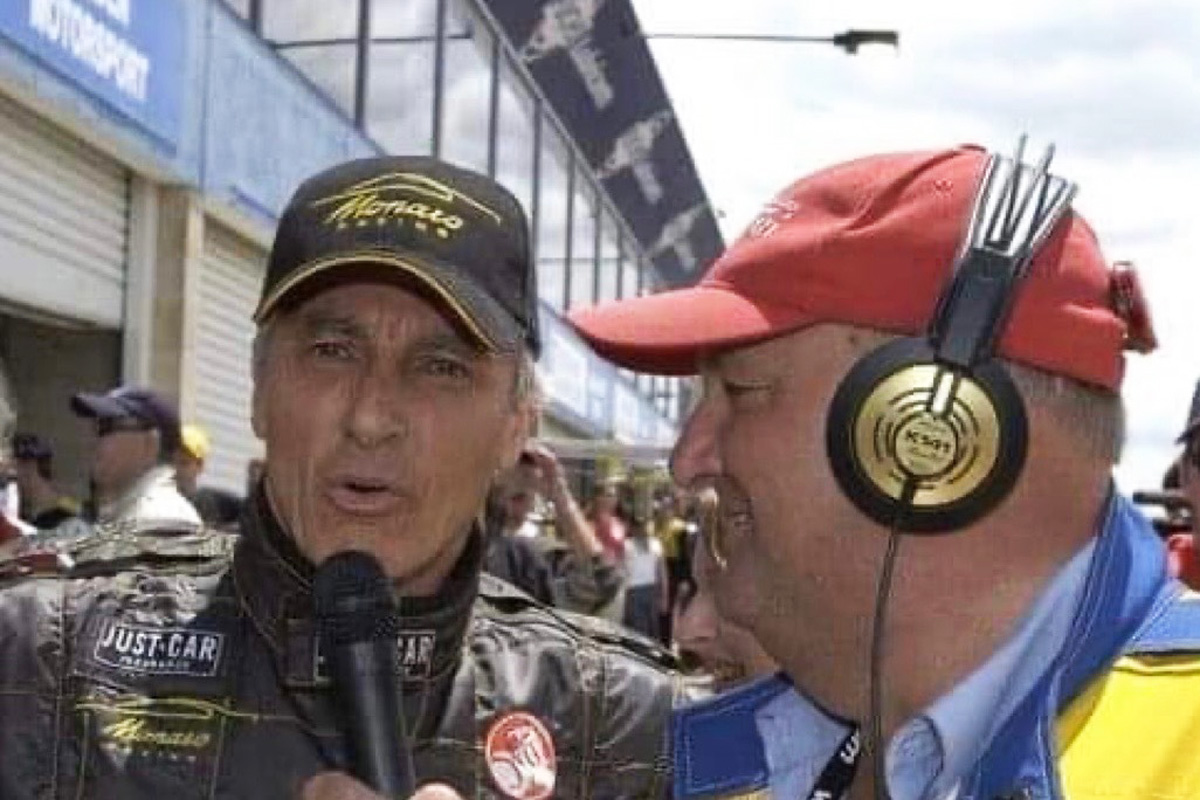 “Nighto” as he was affectionately known throughout the industry broke his back five years ago and was confined to a wheelchair and was recently in full-time care.

Nightingale was a pioneer of motorsport in Bathurst as a driver, administrator and member of the media.

He was a long-time commentator at the Great Race, a Bathurst Light Car Club member, a regular on Radio 2WS and wrote a long-standing column, In The Pits, in the Western Advocate.

He also was a competitive driver and had several starts in the Bathurst 1000 in the 1980s.

As the story goes, Nightingale was responsible for instigating the move of the Armstrong 500 from Phillip Island in 1963, which is now known as the Repco Bathurst 1000.

The Phillip Island track was falling apart and repairs were unlikely because of the heavy machinery needed could not be transported over the old bridge to the island.

A representative from the Armstrong shock absorber company was visiting a local car dealership when a very young Nightingale showed him some raw footage of a Volkswagen Karmann Ghia and a Morris Cooper going at it at Mount Panorama.

It was enough to get the switch of venues made.

In 2015 Nightingale was named as one of 200 inaugural “Bathurst Living Legends”, a concept created by the Bathurst Regional Council in its bicentennial year to pay tribute to those who had contributed most to the community.

Nightingale raised his son Terry as a single parent and one of the great joys of his life in recent years was the company of his granddaughter, Angel. Social media gave Nightingale another great opportunity to stay connected with the motorsport community and it was not unusual for him to post five or six times a day about different motorsport topics.

“He had an amazing passion for the sport and was always keen to give you his opinion.

“There were not too many weeks that went by that I did not get a message from him.

“I went to his 70th birthday a couple of years back. It was great to see him surrounded by family and friends and with a great smile on his face despite his illnesses.

“Even in the last few years when his health had deteriorated, he would always try and make it to the RSL Club for our traditional Thursday night beers on Bathurst 1000 week.

“He knew everyone and everyone knew him.

“He seriously struggled with his health and mobility in recent years, but he was sharp when it came to current motorsport topics and simply loved to chat about them.”

Nightingale is survived by his son Terry and granddaughter Angel.