What sticking with the stick means for Supercars drivers

What sticking with the stick means for Supercars drivers 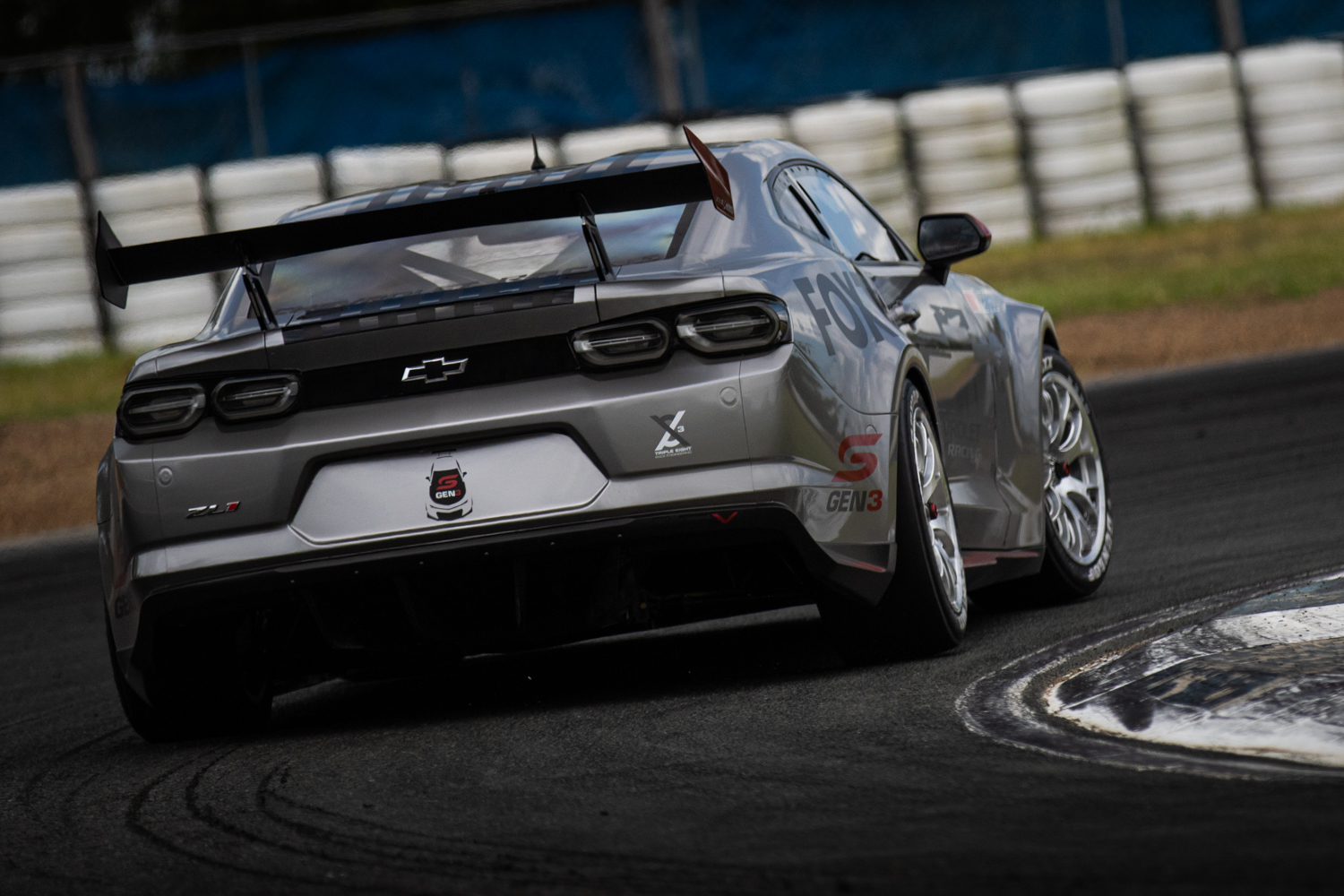 Supercars’ decision to stick with its manual sequential shifter for Gen3 will come with some trade-offs, says former full-timer Zane Goddard.

With no current alliance to a team, Goddard is the only driver to have tested the Ford Mustang and Chevrolet Camaro prototypes.

Testing, which has thus far only taken place at Queensland Raceway, saw each car fitted with paddle shifters and automatic throttle blip.

In the case of the Mustang, it was fitted with paddle shifters and a faux manual stick shifter.

The system works by sending a signal from the paddle shifters to an actuator which triggers gear changes. Simultaneously, the electronic fly-by-wire rev matches the engine.

The set-up isn’t without its complexities, however. A common complaint among drivers was rear brake locking.

Due to a variety of reasons, including the technicalities of the system as well as opinions between drivers and teams, Supercars has decided not to adopt the technology.

Instead, the manual configuration as we know it in the current Gen2 cars will remain heading into Gen3.

That will mean rear brake locking will be something the drivers themselves can manage, rather than relying on fine-tuning the blip.

“With the auto blip, it’s a hard one because with the Mustang it was rear locking a little bit, the Camaro a little bit as well, in saying that, not as much,” Goddard explained.

“There’s less control you have as a driver if it’s not set-up 100 percent right. You’re just going to be battling the whole race or qualifying. It makes the drivability a lot better if you can control those little things.

“I think it’s definitely the right step. It ticks every box. It makes it better for the drivers. We can actually have a better input in the car and make it faster than being limited to what the auto-blip is doing.

“Heel-and-toe is always going to be difficult, still, you have to learn it,” he added.

“The main thing that’s important about it is if it’s rear locking we can change what the car is doing with our feet, whether that’s being slow on the clutch release, giving it a bigger blip, or whatever.

“With the auto blip you’re locked in. If you’re having rear locking, you’re going to have rear locking. This gives us a lot more scope. It makes it easier to drive around those problems which limit your speed out on track.

“I think that’s the most important thing. If the auto blip was seamless and you didn’t have to think about it, then I guess it wouldn’t have been too bad and I’m sure they would have got to that stage, but this is a proven method as part of the Supercars DNA.”

The likely trade-off drivers may face is a greater aversion to over-revving.

Although over-revving is an issue in itself with the current Gen2 engines, Goddard believes it could have greater consequences with the new engines.

“You’re not going to want to over-rev these engines,” said Goddard.

“Even at the moment, we get ridden by the engine builders, teams, and engineers for over-revving.

“Some people are probably a bit more notorious for buzzing the engines a bit, but we’re already told to aim to be under a certain number, so that tolerance will probably be a little bit narrower.

“We probably will see some people make mistakes and it’ll be pretty costly, money-wise and championship-wise could be hurting a little bit.

“For sure, it’s going to be something we’ll have to all think about. We’re going to have to be a bit more sensible about our down changes.

“It’s not like we smack the gears without thinking it through at the moment. We’re still trying not to over-rev. It’ll make it a little bit more important to focus on, but I don’t think it’ll take too much for the drivers to get pretty bang on with that.”

Like many drivers, Goddard is pleased Supercars decided to ditch paddle shift and auto-blip.

Having grown up racing single-seaters, Goddard admits he came to like Supercars for its intricacies like heel-and-toe and watching drivers “dance” on the pedals.

“When I raced over in Europe and did my single-seater stuff and it was all paddle shift, I would watch onboards of the Supercars and it was just like, ‘Man, that’s cool’,” said Goddard.

“There’s just something about it. It’s nice as a driver to have a sequential stick. It feels more natural and what Supercars is.

“I think it’s 100 percent the right way to go and whoever finally got it across the line deserves a big reward.”

Gen3 testing will resume at Winton Motor Raceway on February 22 before demonstrations at Sydney Motorsport Park during the Repco Supercars Championship opener on March 4-6.