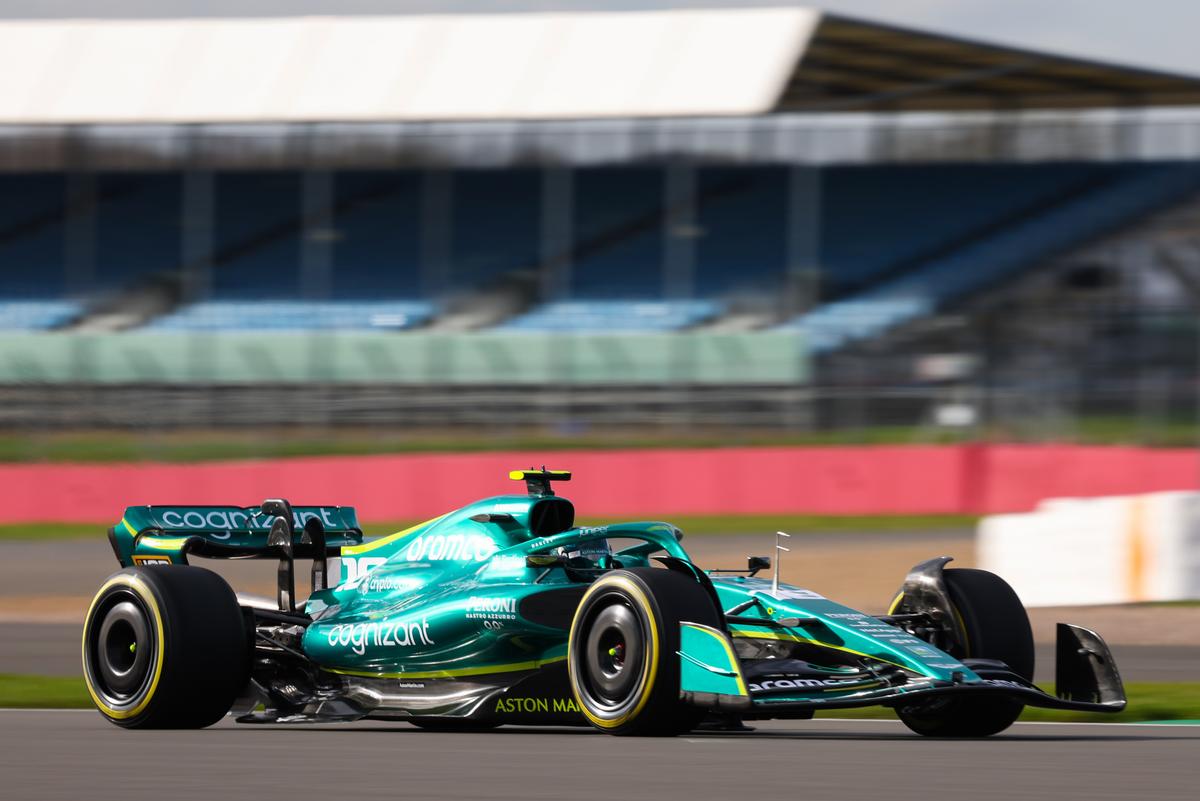 Lance Stroll at Silverstone in the Aston Martin AMR22

Lance Stroll has shared his thoughts after sampling the Aston Martin AMR22 Formula 1 car in a shakedown test at Silverstone last week.

The Canadian took part in a filming day on Friday for the British marque following the car’s reveal the day prior.

It marked the first time a 2022-spec machine had been on track and afforded Stroll a firsthand opportunity at what the new cars will be like to race.

“It’s nice to get behind the wheel after a few months away,” the 23-year-old said.

“It’s always a good feeling to get back in the car for the first time of the year.

“I didn’t know I was the first driver to get behind the wheel of these new cars. It feels great.

“They’re very different, that’s for sure. They behave different, but hopefully the racing’s really exciting this season with the new cars.”

Aston Martin heads into the coming season off the back of a disappointing 2021 in which it ended the year seventh in the constructors’ standings.

That was a result of a reduced development push throughout the year as the team instead focused its energies on developing for the all-new ruleset for 2022.

“I hope we can compete up at the front, score some good points, and finish in a good position in the championship,” Stroll said.

“But now it’s a long term vision for us. We still have a lot of things we’ve got to work on and focus on for the future, so we’ll just take it one step at a time.”

Aston Martin has been unique in that the car it unveiled in its launch was the same as it put on track the following day.

Ahead of the shakedown it went back to the Silverstone factory before being transported across the road to the circuit on Friday morning.

“It was very cold, so actually waited a little bit till the track warmed up a bit,” said Aston Martin performance director Tom McCullough of the outing.

“We’re just on promotional tyres and it’s just about systems checks and making sure the car runs.

“It’s so exciting to be the first team to run. Obviously for us we wanted to get a good system check, make sure the car was all good, get both drivers in, make sure they’re comfortable.

“We don’t get a lot of valuable data from a day like [Friday] from a performance side, it’s just really reliability and systems checking.”

With the ‘filming day’ now complete Aston Martin will next be on track for the first pre-season test of the year in Spain starting February 23.