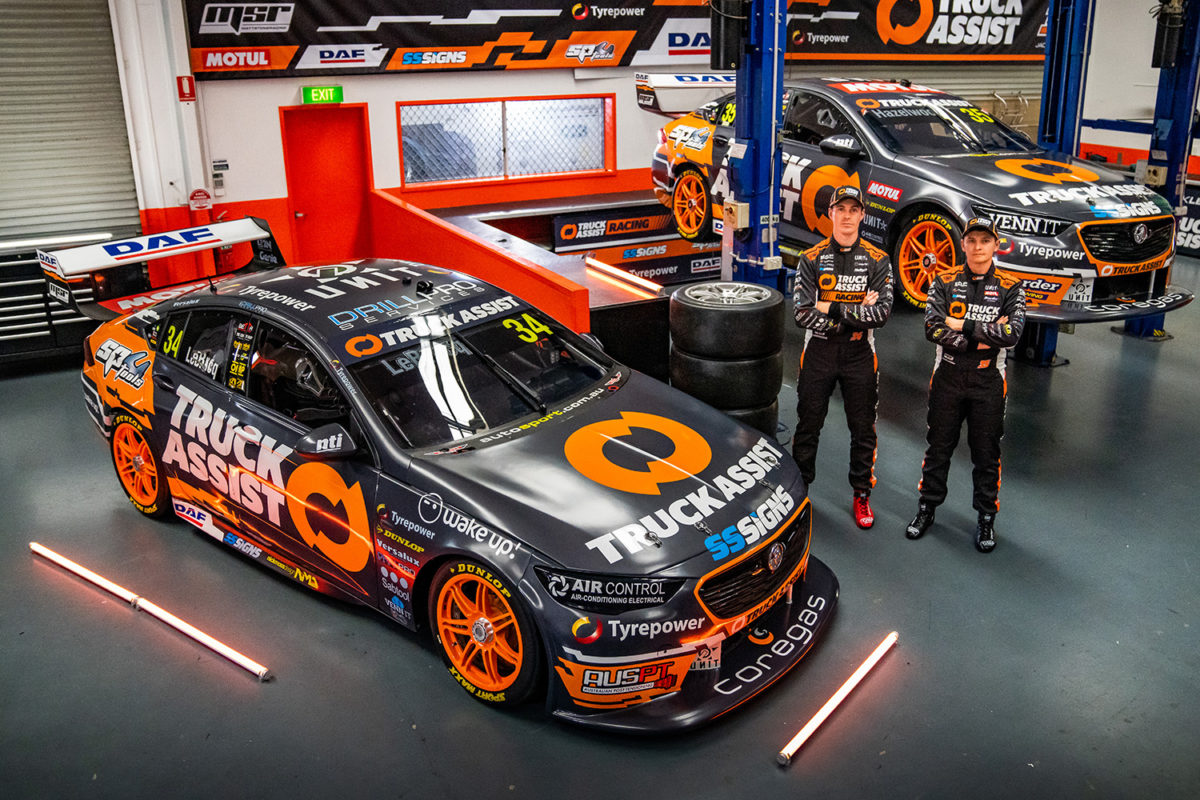 Matt Stone Racing has launched the liveries Todd Hazelwood and Jack Le Brocq will campaign in the 2022 Repco Supercars Championship.

The team will run under the Truck Assist Racing banner this year, the NTI subsidiary taking naming rights on the pair of Holden ZB Commodores.

The multi-year deal will see the sponsorship arrangement continue into the Gen3 era of Supercars beginning in 2023.

“Growing our relationship with Truck Assist Racing and NTI into a two-car programme gives us a great base to move forward and grow the performance of the team,” said team owner Matt Stone.

“We are greatly pleased that all our partners are staying onboard and stepping up to a much bigger multi-year programme that we are putting together.”

Truck Assist general manager Alan Hasted added, “We’re excited to see MSR and Truck Assist back in action, together for another season.

“The cars look amazing, and the orange and grey colour scheme will come alive on track.

“On the back of 2021, we anticipate 2022 to be a stellar year for the team and race fans alike, now that opportunities to travel, and for people to gather, are opening up again.”

Matt Stone Racing has undergone a reshuffle in the off-season with its drivers and engineering set-up.

Zane Goddard and Jake Kostecki parted company and were duly replaced by Hazelwood and Le Brocq.

In terms of race engineers, experienced head Chris Stuckey will work alongside Hazelwood while Jack Bellotti will be paired up with Le Brocq.

Marc Mastrodomenico and Hamish Pemberton have been confirmed as data engineers for Hazelwood and Le Brocq respectively.

Matt Stone Racing will be in attendance with its Supercars, Dunlop Super2 Series and Super3 Series entries.