McLaughlin inside top 10 at Sebring test

McLaughlin inside top 10 at Sebring test 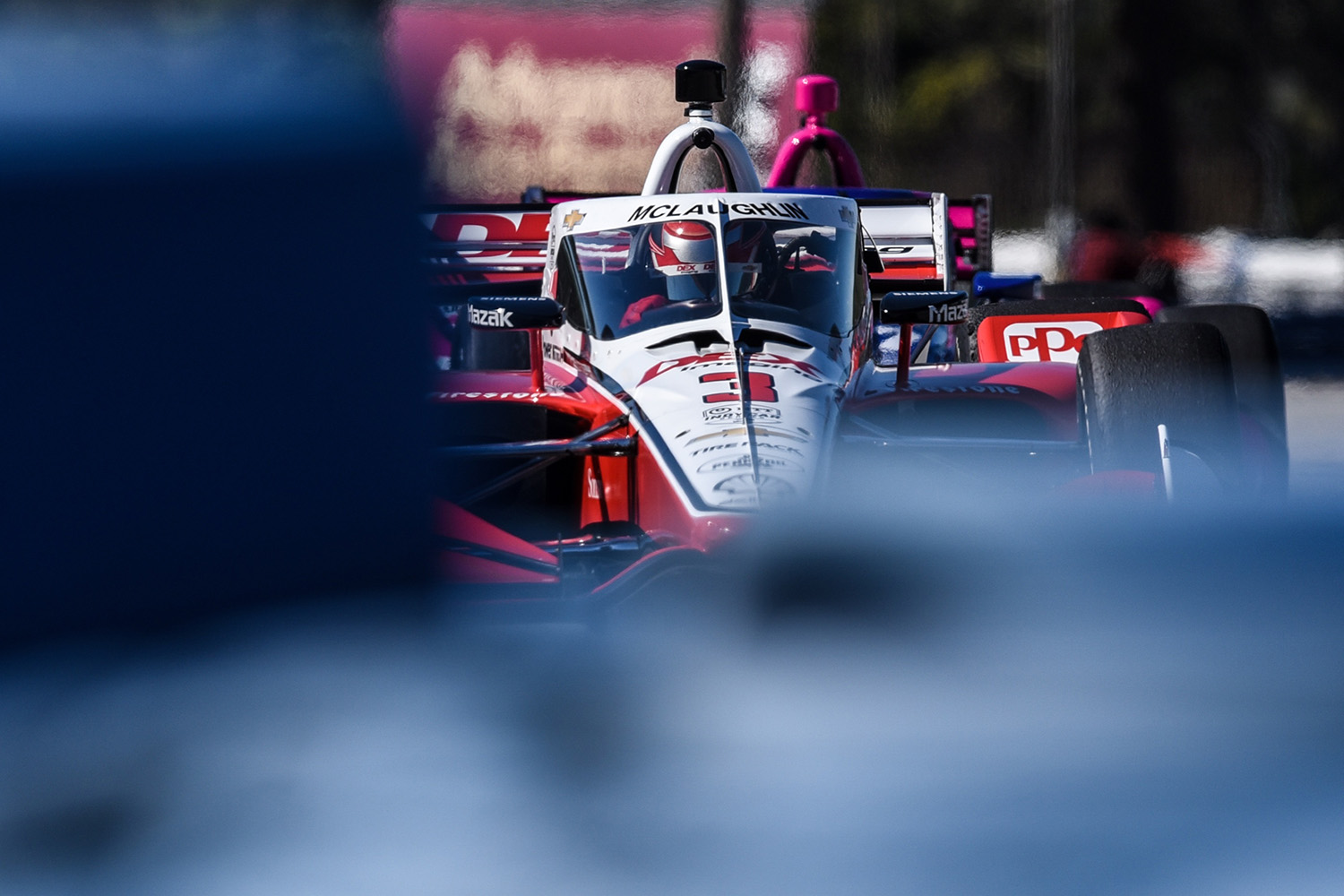 Scott McLaughlin has opened his 2022 season with the ninth quickest time in IndyCar Series testing at Sebring International Raceway.

The first day of the open test saw 17 drivers on track ahead of the opening round of the series later this month on the streets of St Petersburg.

For McLaughlin, it was his first opportunity to work with new engineer Ben Bretzman.

Jonathan Diuguid, who the Kiwi worked with in his first season, has shifted to the Porsche Penske Motorsport programme developing a new LMDh prototype.

Bretzman joins McLaughlin in the wake of Simon Pagenaud’s departure from the team.

“End of the day here at Sebring, my neck is about to fall off, but it’s nice to get back in an IndyCar,” said McLaughlin, who ended the day 0.478s off the top time.

“Great baseline, worked with my new engineer Ben Bretzman and feel like we worked really well together and it bodes well for the rest of the season.

The day’s running was topped by Andretti Autosport’s Colton Herta, who is arguably among the top title favourites after a strong finish to last season.

He clocked a 51.851s ahead of rookie David Malukas of Dale Coyne Racing with HMD Motorsports, who was only 0.007s away from Herta.

Romain Grosjean, who was quickest by mid-morning, ended the day third on a 52.021s for Andretti Autosport to make it a Honda one-two-three.

Team Penske’s Josef Newgarden and Will Power were fourth and fifth respectively on a 52.059s and 52.211s.

A day of @IndyCar testing @sebringraceway is in the books as we close in on the season opener @GPSTPETE! pic.twitter.com/i3z46XXMop

Magnussen, who joined Chip Ganassi Racing for this year’s 24 Hours of Daytona, had his first hitout with the IndyCar powerhouse at Sebring.

The Danish driver piloted the #10 car typically driven by Alex Palou, who was absent for the test.