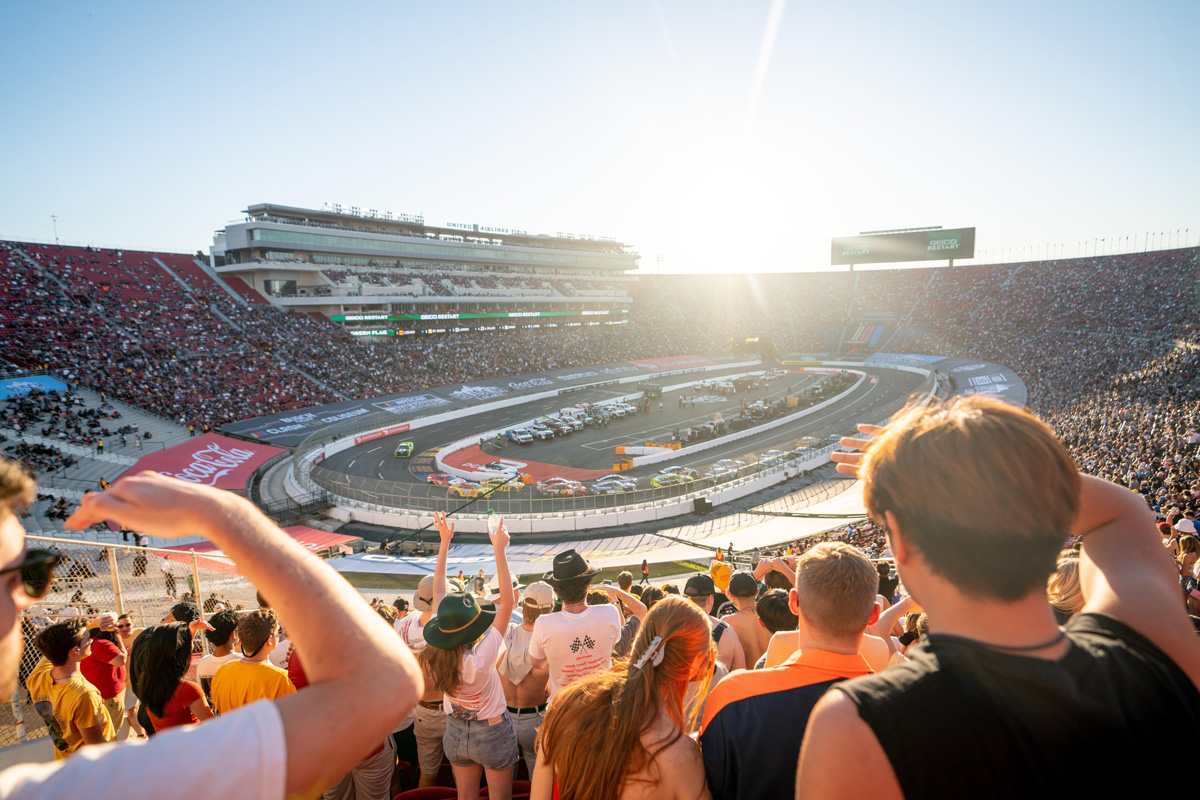 The Clash at the Coliseum. Picture: NASCAR

NASCAR’s bold move to run its Clash exhibition opener at the Los Angeles Memorial Coliseum could become a blueprint to expand into new markets.

Daytona International Speedway had traditionally played host to the annual non-points event, before NASCAR shook things up as it converted an NFL stadium into a quarter-mile asphalt oval.

Held on February 6 (local time), the concept was widely dubbed a success – and may now open other doors for the stock car racing series, according to NASCAR senior vice president of strategy and innovation Ben Kennedy.

Kennedy spoke of an “absolute buzz” in Los Angeles and the opportunity to now “take this internationally”.

“There’s probably only a handful of stadiums and venues you could realistically go to and build a temporary track that we could actually put on a good race with, which we’re going to do an audit on,” he continued.

“But if you think there’s an opportunity, especially if you take it out to Olympic stadiums… and especially with our international series too.

“We have got three great series in Canada, Mexico and Europe right now and we want to expand that further into new markets.

“I think there is a handful of new venues that we could go and potentially look at to bring NASCAR racing to some of these larger markets.”

The first points-paying event of the 2022 NASCAR Cup Series – the first using Next Gen cars – will be the Daytona 500 on February 20 (local time).