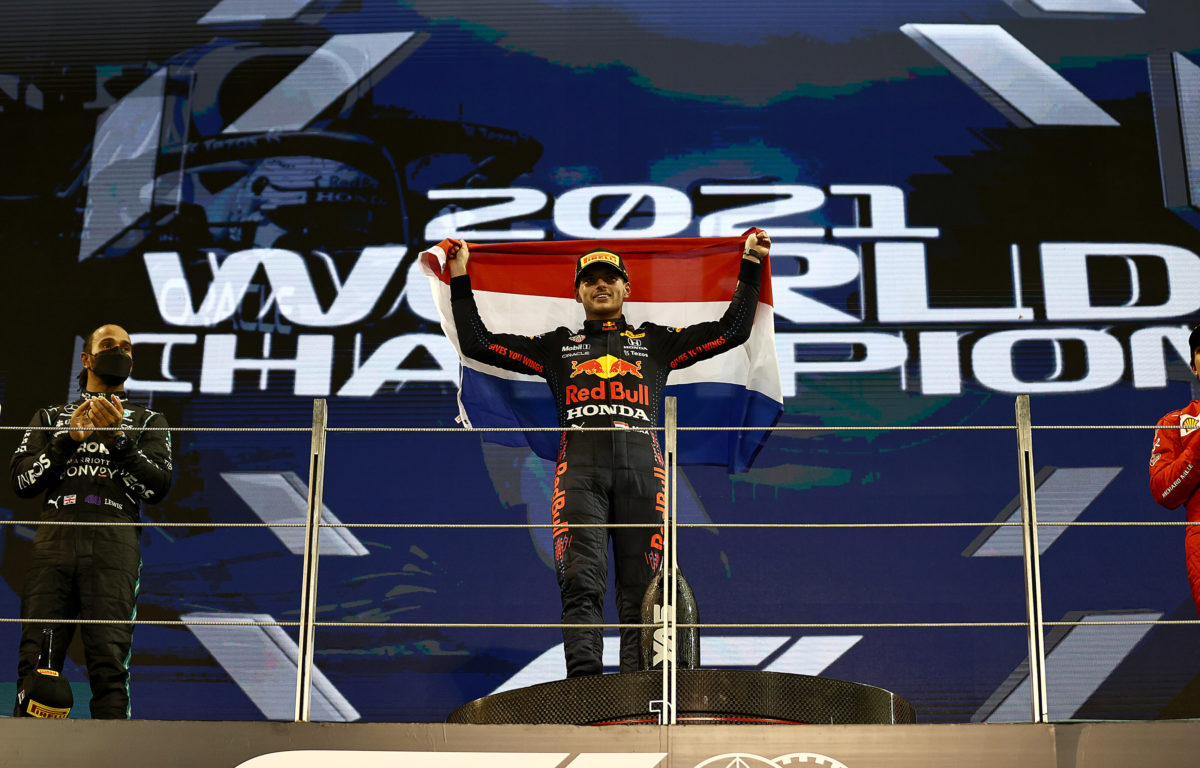 Max Verstappen and Lewis Hamilton on the podium in Abu Dhabi

FIA President Mohammed Ben Sulayem has presented the findings of its investigation into the Abu Dhabi Grand Prix to the F1 Commission.

However, no changes were proposed with the world governing body looking to include feedback from teams.

“The FIA President led detailed discussions of the 2021 FIA Formula 1 Abu Dhabi Grand Prix,” said a statement from the FIA.

“Feedback from the Commission on matters raised will be incorporated into the President’s analysis and he will publicly present news of structural changes and action plan in the coming days.”

The outcome of the Abu Dhabi Grand Prix remains the subject of heated debate among fans.

While the outcome will not change, it’s hoped the investigation clarifies matters in terms of explaining what went wrong, and holding them to account, and ensuring there cannot be a repeat.

FIA race director Michael Masi is the central figure after he seemingly breached the Safety Car rules when restarting the race in the final laps.

The Australian’s cause was not helped by lobbying from both Red Bull and Mercedes pit walls, a practice which is set to end.

It is expected that, going forward, the race director will have further assistance and be insulated from the teams to be able to focus on managing events on track.

Ben Sulayem built his successful presidential campaign on a foundation of governance and transparency.

That has already seen him begin the process of installing a CEO into the operation to manage the day-to-day running.

The FIA has previously announced that the findings of the investigation will be made public following a meeting of the World Motorsport Council on March 18, the same day as the Bahrain Grand Prix weekend begins.

We are likely to receive at least some insight prior to that point as a series of official documents are published in the days prior.