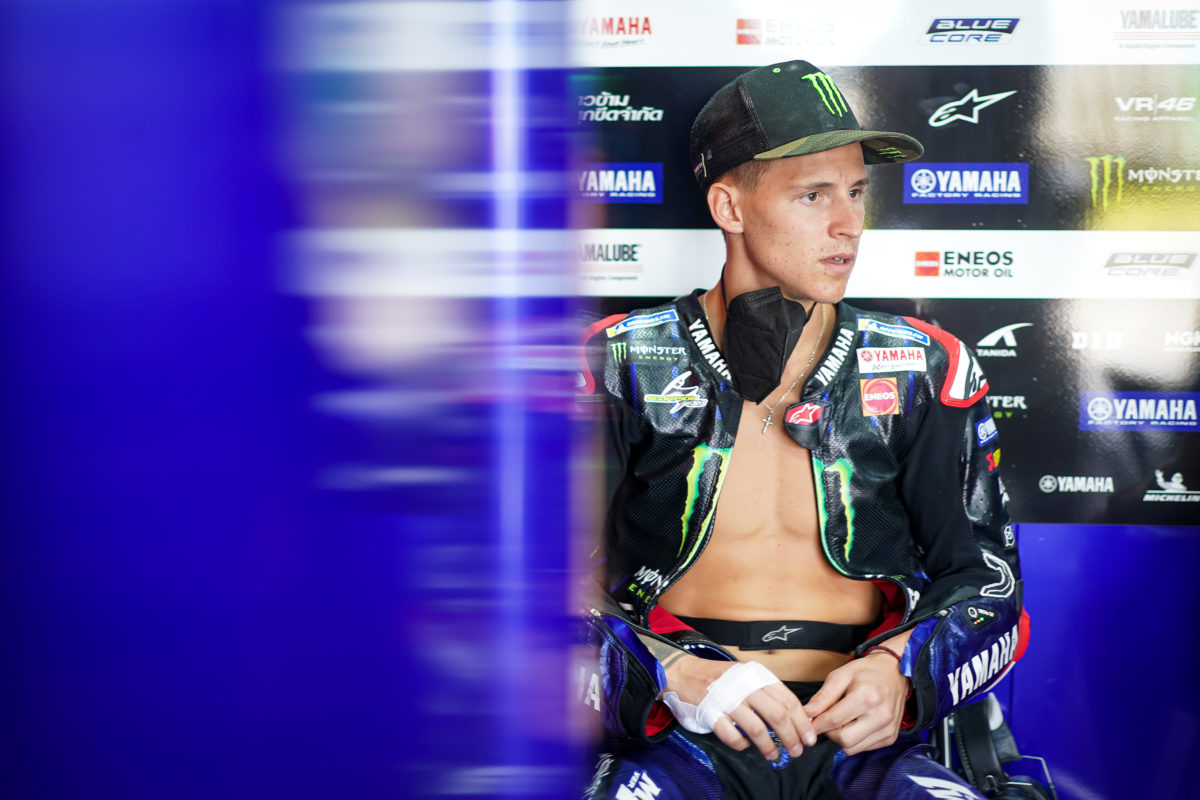 Yamaha is confident that it can hold onto Fabio Quartararo despite the 2021 MotoGP champion’s growing frustrations with his 2022 bike.

Quartararo has made little secret of his disappointment with the lack of development of the YZR-M1, particularly its ongoing horsepower deficit.

He explained during last November’s post-season test that he would not sign a new deal before this year’s first test at Sepang because he “want[ed] to see the evolution of our bike.”

The Frenchman was then “not happy compared to what I expected” after that two-day outing at Sepang, before declaring during the just-completed Mandalika test that his future is “wide open” because “I was expecting much better”.

Quartararo went on to finish second-fastest at the new Indonesian circuit, although much of the field spent Day 3 on race simulations whereas he appeared to go for a late time attack.

Honda is speculated to have already made an offer, or at least held talks, with the 22-year-old, something which Monster Energy Yamaha team director Massimo Meregalli alluded to.

However, Meregalli believes that the Iwata manufacturer can keep its latest world champion.

“For us, Fabio is our first priority,” the Italian told MotoGP’s official website.

“We are in almost daily contact with his management, and we are proceeding as our programme.

“We try to find a way to reach an agreement as soon as possible.

“It’s normal that he got a proposal but we are confident and we are do[ing] what we can to secure him for the next two or even more years.”

The situation is something of a break from recent history, in so much that Quartararo’s first contract with the factory team was signed before he began his latter season with SRT in 2020, and Maverick Viñales’ last two Yamaha deals were similarly finalised more than a full season in advance.

Meregalli is open to the possibility that ‘El Diablo’ might be riding for another team in 2023, but pointed out that Yamaha is a known quantity to Quartararo.

“For sure, until he doesn’t sign, the door are open, and for sure he will try to evaluate all the proposals he will receive, he will put all of them on the table, and then he will choose for the best,” he admitted.

Regardless of his increasingly blunt comments about his bike, Quartararo says he wants to think less about that and more about pushing himself to the limit to make up the performance deficit.

Meregalli, too, believes they can still be a potent combination in 2022.

“We always work well with him, and I don’t see him thinking about something else,” he added.

“He’s very focused in this moment, concentrated as always, he did a really hard job in these days [testing].

“The championship is long – 21 GP – and the consistency that he show last year give us, in any case, good confidence.”

Franco Morbidelli will ride for the factory Yamaha team until at least the end of 2023, after a mid-season switch from SRT which reunited him with Quartararo last year.

Round 1 of the season ahead is the Qatar Grand Prix, on March 4-6.