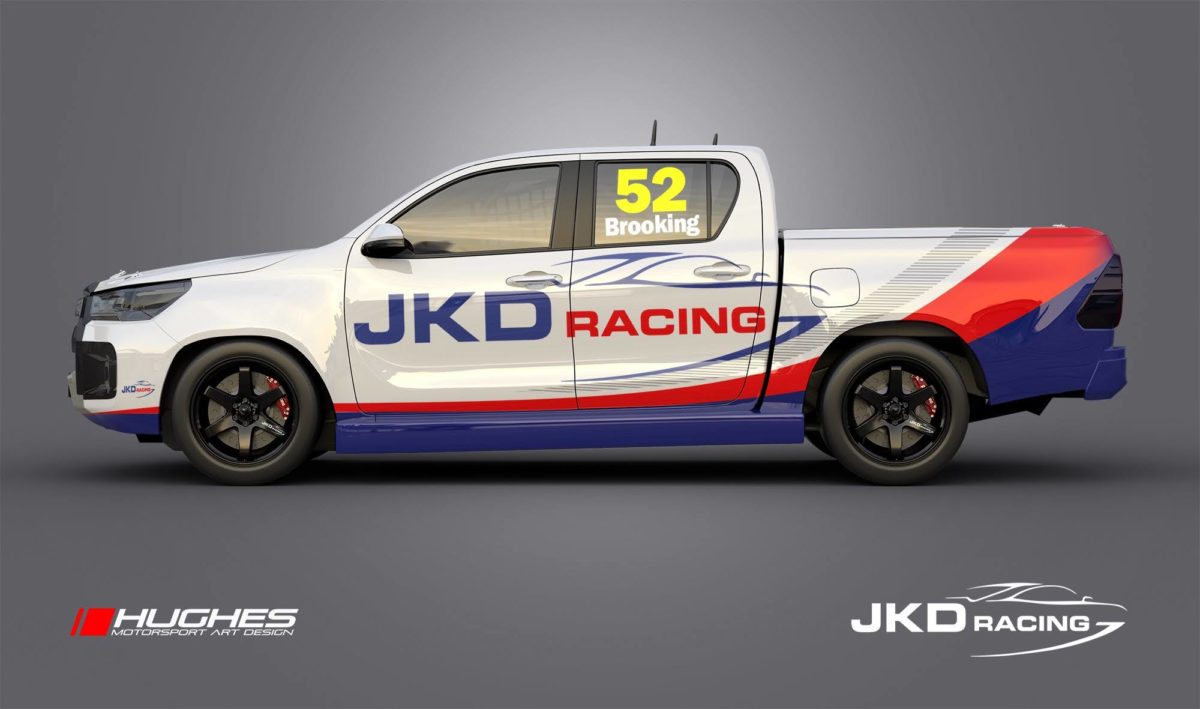 JKD Racing will join the Haltech V8 SuperUte Series in 2022.

Team owner Dean Brooking will drive a Toyota Hilux in the season ahead, stepping up from a variety of state-level events/competitions such as the Victorian Excel Racing Series.

The squad is based only 15 minutes from the Winton circuit and recently completed the build of a new workshop in preparation for its V8 SuperUtes tilt.

The six-round season is set to kick off at Symmons Plains in support of Supercars’ Tasmania SuperSprint on March 26-27.