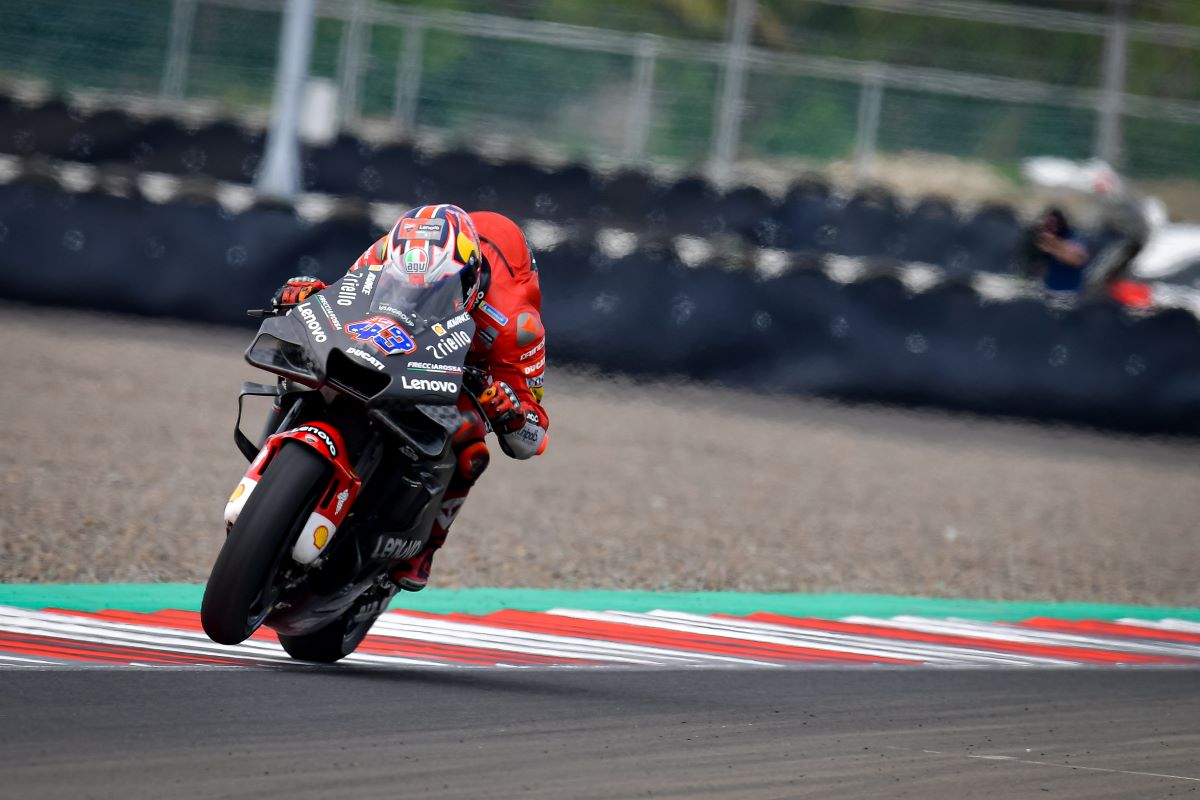 Jack Miller admits he was “pissed off” at crashing during a race simulation on the final day of MotoGP’s Mandalika Official Test.

The Ducati rider was among the many to prioritise longer runs, ending the day 15th on the timesheet and 18th for the three-day test all told.

He was caught out during his first attempt at a race simulation by the balance of his Desmosedici with full fuel onboard, but managed to complete one on his second bike.

Asked if he feels ready for the Qatar Grand Prix with pre-season testing now done, Miller quipped, “Ready? No, but when are we ever ready?

“I mean, the race is the race. It’s completely different. I feel as ready as we can be to head there.

“As you can tell by my face, it was pretty hot and a long day.

“But anyway, we got through what we needed to today. Unfortunately, I had a little crash on the first of my long runs, just putting the full tank.

“Most of the time the boys are just filling the tank up, so to get the full tank you need to take the fuel tank out and once we did that just the balance of the bike was a little bit off.

“Eventually I went onto the dirty part of the track and went over.

“So, that pissed me off a little bit because it was just one of those crashes that didn’t need to happen.

“Fortunately enough, I was able to come back and get another bike, regroup and go back out again.

“That was important to me, just to get that race simulation under my belt.”

Miller is likely to soon find himself in a three-way fight for the last remaining seat the at Ducati Lenovo Team in 2023, if that is not the case already.

Team-mate Francesco Bagnaia is close to sealing a new deal with the Bologna manufacturer, and sporting director Paolo Ciabatti has revealed that the “goal” is to announce it in Qatar.

The other factory seat looks set to be a race between the incumbent Miller, Pramac Racing’s Jorge Martin, and Gresini Racing’s Enea Bastianini.