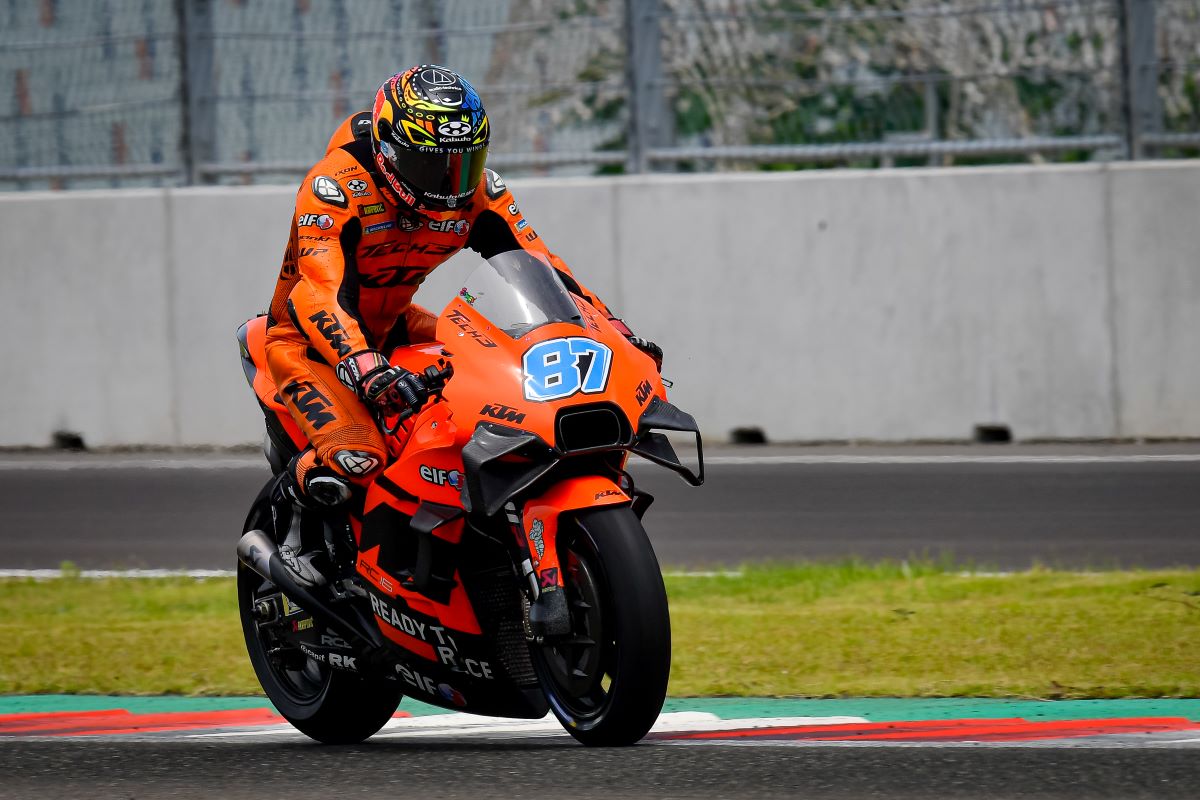 Remy Gardner is looking forward to resting between now and the MotoGP season-opener after revealing he is still feeling the effects of a fractured wrist.

The Tech3 KTM rider cracked his right wrist in a motocross incident in mid-January and has carried it through all eight days of 2022 pre-season testing, including the Shakedown Test.

He finished 21st-quickest on the final day of the just-completed Mandalika Official Test, completing 42 laps’ worth of race simulations, and wound up 23rd on the combined, three-day timesheet.

Despite stopping at lunchtime, that haul was something of a positive for Gardner, who was concerned about whether he could ride at all at the new, Indonesian venue.

“Well, there was a big question whether I could even ride at the beginning [of Day 3],” said the 2021 Moto2 world champion.

“So in that sense, to complete plenty of laps was a success.

“For sure, we came here thinking it could be a bit better but my wrist is still really sore.

“Even after the first day, we couldn’t really find a good direction with the bike here.

“I was struggling a little bit more to be honest. In the end I managed to do my laps which was the most important thing at the moment and my wrist held on.

“Next few weeks will be good to rest.”

Team-mate Raul Fernandez has generally had the wood on Gardner through pre-season, after finishing runner-up to #87 when they shared the Red Bull KTM Ajo garage last year.

The Sydney native, who admitted after the Sepang tests that he had been riding somewhat conservatively due to his wrist injury, has identified front-end rhythm as a key area to work on.

“Probably finding the rhythm on the front end,” he explained.

“I’m still leaving a bit of margin at the moment because I don’t want to be riding around on the ground, picking it up and trying to save it.

“So yeah, probably the front end and just really riding on the limit.”

Despite the Qatar Grand Prix now being next on the calendar, Gardner is not particularly concerned about what his lack of fitness means for coming to terms to the KTM RC16.

“There’s not really any expectations at the moment.

“I’m just taking it as it comes and trying to learn.

“For sure, we’re going to learn a lot and it will be good to get racing underway.”

Round 1 of the 2022 MotoGP season will be held at the Losail International Circuit from March 4-6 (local time).