Erebus: We need to prove to Brown, Kostecki it’s worth staying

Erebus: We need to prove to Brown, Kostecki it’s worth staying 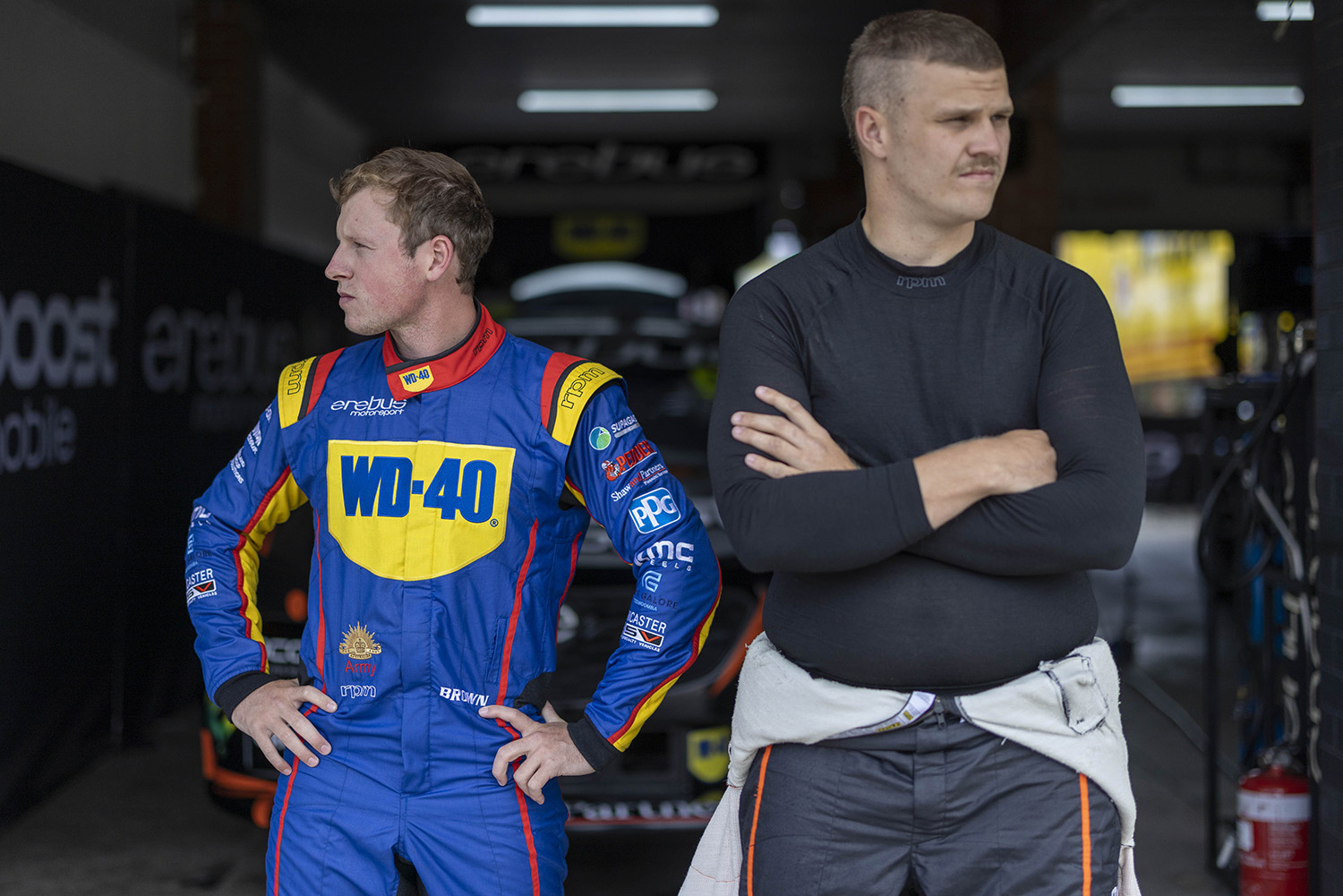 Erebus Motorsport boss Barry Ryan says his team needs to prove to Will Brown and Brodie Kostecki that it’s worth staying beyond 2022.

Brown and Kostecki are both off-contract at the end of this year and could be good gets for another team heading into the Gen3 era of Supercars.

Already the pair have tasted success in just their first season of full-time competition.

For team boss Ryan, the forthcoming season is about proving to their pair that it’s worth staying onboard for the long haul.

“The critical thing I’ve done in the last few weeks is retain some staff that I wanted to retain and retain some core staff until the end of 2024, which is a huge thing,” Ryan told Speedcafe.com.

“As drivers do, if we don’t perform, and they see a team that’s performing better… I’ve said it before, we don’t want them there if they don’t want to be there. So it’s up to us to show them that there’s no better place to be.

“There’s possibly Will Davison’s seat at the end of the year, I don’t know, I’m just surmising, but I’m hoping that we’re going to be a team that they’re not even going to consider leaving, so that’s the work we’re gonna put into it.” 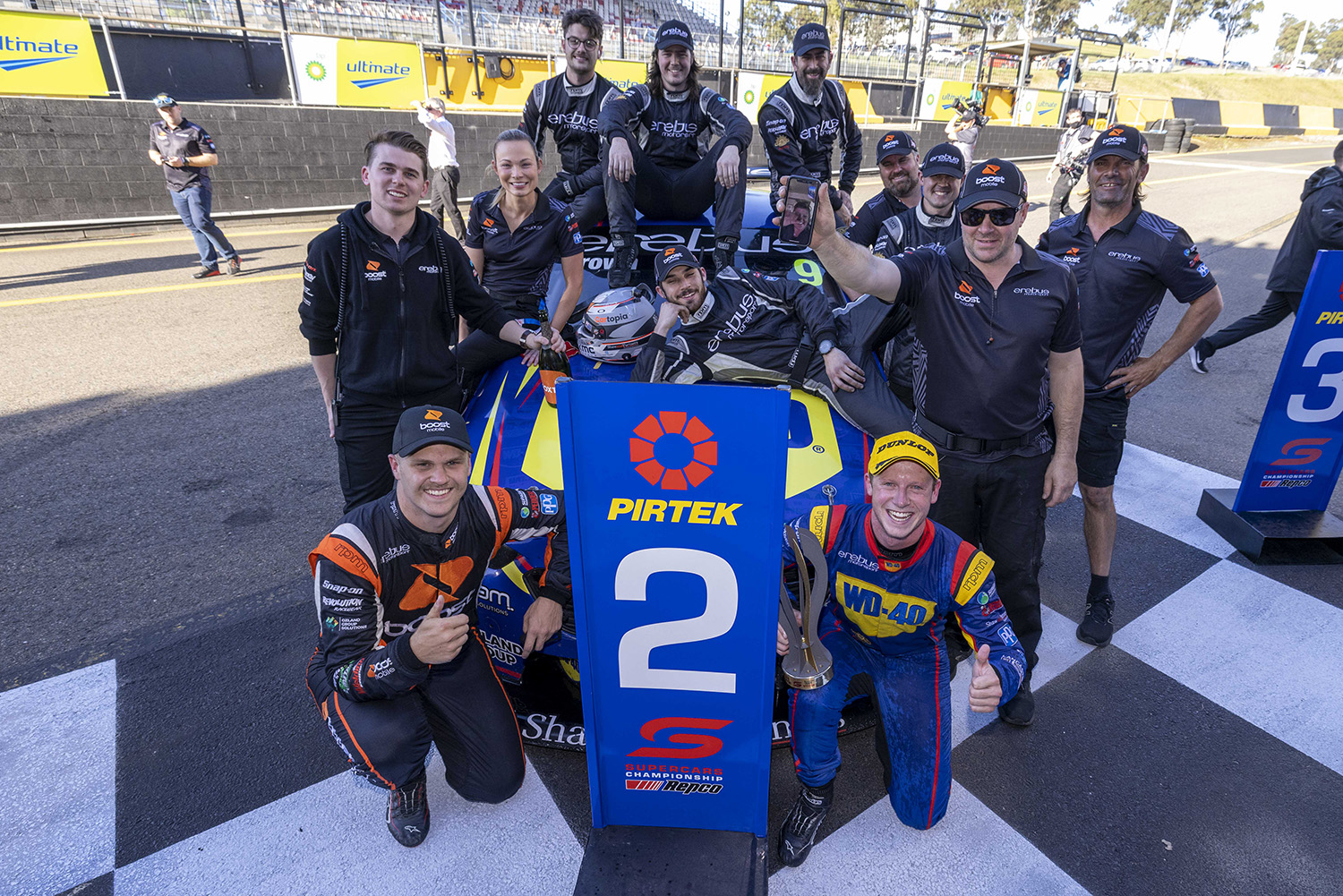 Erebus Motorsport stood on the podium a total of six times in 2021. Picture: Mark Horsburgh

It’s not an unfamiliar position for Erebus to be in.

After three seasons with the team that gave him his Supercars berth, Anton De Pasquale took up an option to join Dick Johnson Racing where he effectively replaced Scott McLaughlin.

Although Erebus has an option to keep Brown and Kostecki for the 2023 and 2024 seasons, Ryan is leaving that decision in the hands of his drivers.

“We’ve got options for them for the next two years anyway, but we had options with Anton too, you don’t want to force that option if they actually want to leave,” said Ryan.

“Like with Anton, I knew there was so much potential for him to go to a team where they just won three championships. Why the hell would he stay with us? And it sounds like I’m bagging ourselves, but he would have been crazy to stay with us.

“Really, if you think about it, he didn’t know what was going to happen with us, whether we were going to get better. He knew he could go to the best team and replace the best driver in the category for three years. He’s done the right thing, in my opinion.

“I’d love to think Will and Brodie are gonna come up to us halfway through the year and say, ‘Can we discuss staying?’ It’s not going to be up to us to gather them and say, ‘Can you stay?’ That’s, that’s the ultimate that we want.

“I don’t really want to worry about it until it happens, but we just want to perform. And, like I said, show them that this is where they need to be as drivers.”

Erebus Motorsport will have its first on-track hit-out at Winton Motor Raceway on February 22 as part of pre-season testing.

The season will get underway at Sydney Motorsport Park on March 4-6.