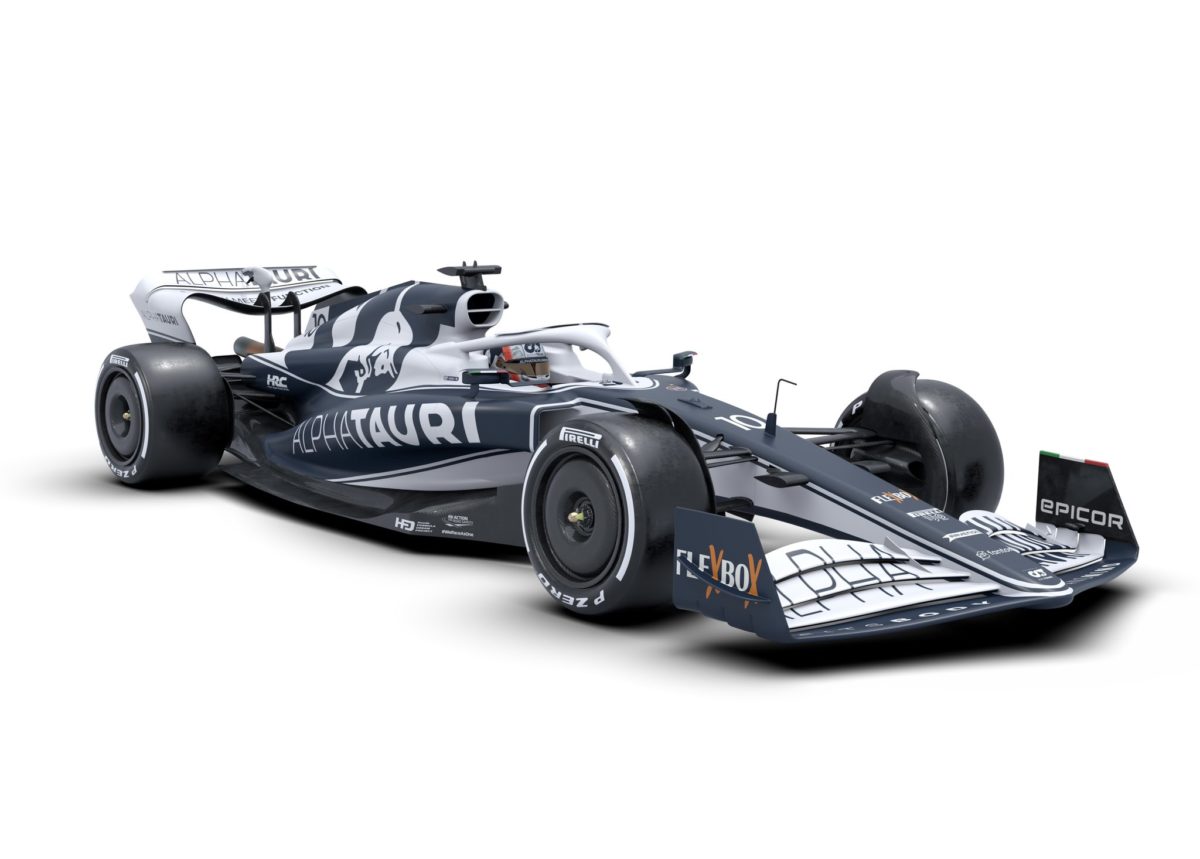 Scuderia AlphaTauri has unveiled its 2022 Formula 1 car with a video render of the machine it’s dubbed the AT03.

The car features all the hallmarks we’ve come to expect of new generation cars, including low nose, swooping front and rear wings, and sculpted sidepods.

From the renderings the car shares similarities to the McLaren MCL36 in that both have more sculpted sidepods in comparison to the Aston Martin AMR22, and were starkly different from the exaggerated ‘coke bottle’ design employed by Haas.

However, as images of the AT03 are only renderings, they should be treated as indicative only, as opposed to an exact or accurate representation of what will hit track in Spain next week.

The car launch was a mix of CGI and real footage of drivers Yuki Tsunoda and Pierre Gasly, decked out in the latest clothing from the squad’s parent company.

Last season, Gasly and Tsunoda racked up 142 points between them, the highest tally achieved by the former-Minardi squad in its history.

“This year sees a huge change to the car as, due to the new regulations, the look and design is completely different, so the team has had to start from a clean sheet of paper,” said Gasly.

“We won’t know the true performance of the AT03 until we get it out on track at pre-season testing in Barcelona but so far, I think it looks great and I am very excited to get this new season started!”

“Of course we’ve not seen the real car on track yet, but the new shape and design are really cool, and I think the livery suits it really well and I hope everyone enjoys the launch video.”

Like the senior Red Bull team, AlphaTauri will use rebadged Honda power units in the coming campaign.

The Japanese marque withdrew from F1 at the end of last season with Red Bull creating a Powertrains division to pick up and continue the programme.

That’s seen it acquire the intellectual properties to the power units.

With a new engine formula set to arrive in Formula 1 in 2026, the sport will freeze development on the current generation units this year.

The opening test of the 2022 Formula 1 season gets underway in Spain with three-days of running commencing from February 23.

A second test, also three days in duration, follows on March 10 at the Bahrain International Circuit.