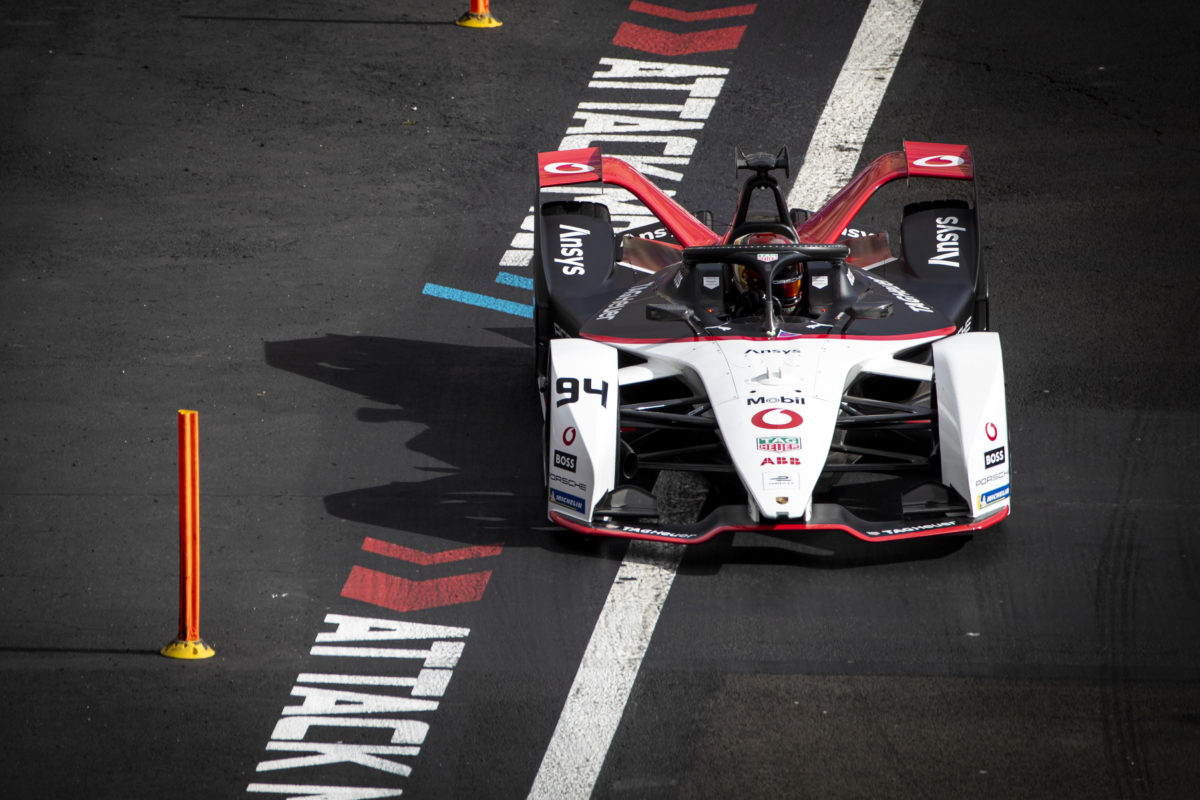 Pascal Wehrlein has taken his and Porsche’s first win in Formula E while Andre Lotterer made it a one-two in the Mexico City E-Prix.

Wehrlein qualified on pole for Race 3 of the season and led initially at the Autodromo Hermanos Rodriguez, but he and his team-mate were in energy conservation mode from virtually the beginning.

Venturi’s Edoardo Mortara grabbed first spot at the start of Lap 8 despite both he and Wehrlein being in Attack Mode, before DS Techeetah team-mates Jean-Eric Vergne and Antonio Felix da Costa passed Lotterer for third and fourth respectively on Lap 12.

Vergne, who had not long taken Attack Mode, then passed Wehrlein for second position on the following lap.

When the pole-sitter took a second helping of Attack Mode on Lap 14, he copped a hit from da Costa which damaged the bodywork on the #13 Techeetah entry.

Da Costa soon dropped two spots, meaning Lotterer was back into fourth, before Wehrlein was told to go after the two ahead of him.

He reclaimed second position from Vergne on Lap 26 at Turn 1, and Lotterer went under the Frenchman two corners later.

It was virtually a repeat two laps later when Wehrlein passed Mortara at the end of the main straight and Lotterer dived down the inside at Turn 3.

From there, the Porsches pulled away, separated by only 0.3s at the chequered flag but nine seconds up on the final podium finisher, that being Vergne.

Da Costa made it Techeetah cars third and fourth, with Mortara rounding out the top five.

The latter leads the drivers’ championship with a five-point margin over Mercedes’ Nyck de Vries, who finished sixth.

Venturi is similarly on top of the teams’ standings, by two points over Mercedes.

Envision’s Nick Cassidy ended the race in 13th and Jaguar’s Mitch Evans was 19th, with the New Zealanders 12th and 17th respectively in the championship.

The Rome E-Prix is next on April 9-10 (local time), and that event will be streamed live and ad-free on Stan Sport.