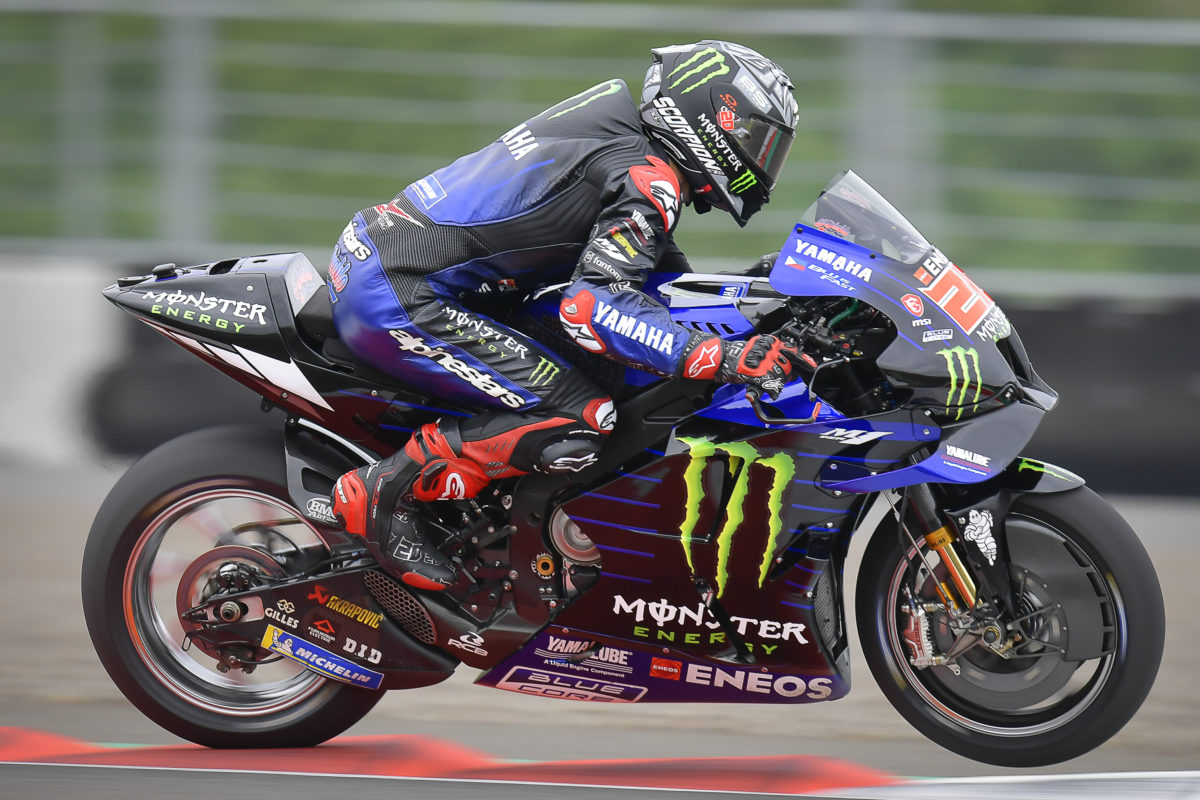 Last year’s MotoGP champion Fabio Quartararo says his future is “wide open” due to his disappointment with Yamaha’s lack of development.

Quartararo continues to be frustrated by the lack of progress which has been made with the YZR-M1, saying after the first test of 2022 in Sepang that he was “not happy” with the bike relative to his expectations.

The Frenchman is off-contract this year, with Honda apparently very interested in securing his services from 2023 in order to reduce its reliance on Marc Marquez.

Despite being fourth-fastest ahead of the third and final day of the ongoing Mandalika test, Quartararo was blunt about his thought process.

“I was expecting much better, a much better bike for this year,” he stated.

“So, of course, my future is not clear at the moment.

“Let’s say for me it still isn’t the moment to talk about it, but my future is wide open and we need to look at the next project.”

Yamaha continues to be found wanting for straight-line speed and while team director Massimo Meregalli said the Iwata marque deliberately did not attempt a “revolution” of its bike for 2022, Quartararo quipped that they might simply have “no more horses”.

Regardless, just one day of testing remains before Round 1 of 2022 in Qatar early next month, when engine specifications are locked in for the season.

“I mean, maybe we can find something, but it’s our standard – last year we were on average 9k per hour [off], today we are at 9k. I mean, we didn’t make any step forward.

“And that’s it, I think I don’t need to think too much about this, but just about my riding and trying to fight for the best.

“It’s something really big that is missing, to be honest. But then, to be honest, if I’m focusing too much on that, then my mentality will not be the same. I go for the maximum.

“To be honest, we have not made the steps I expected.”

That said, Quartararo is also concerned about qualifying pace, noting that he is lacking something on new tyres.

“I don’t feel so great at the moment on the qualifying,” he admitted.

“So that’s what I’m more worried about, because on the [race] pace I can go super, super fast on the used tyre.

“But the new tyre and one lap, I miss something compared to last year.

“So, this is the biggest difference and I feel like I have to improve that area.”

‘El Diablo’ added, “On qualifying, what I’m missing is the difference between used tyres and new tyres is much less than before.

“And I feel like it’s quite difficult. And I don’t understand why it’s such a small difference”