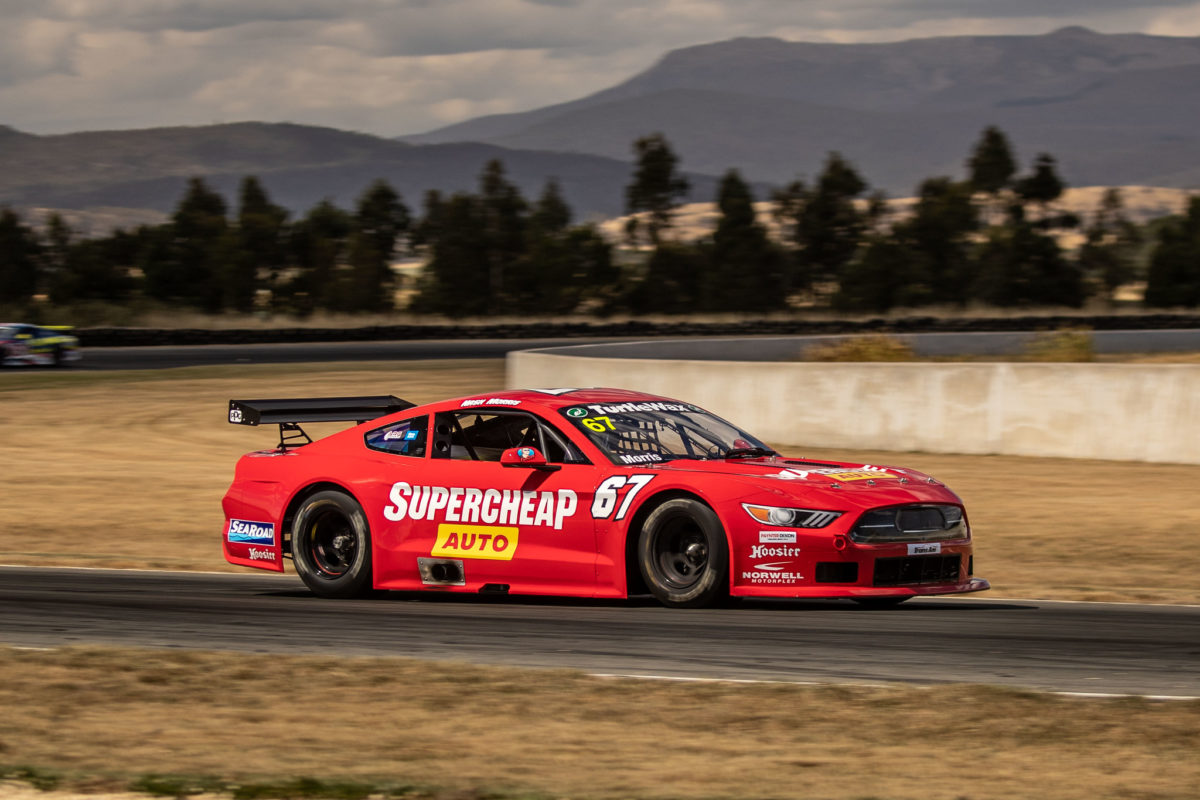 Nash Morris has gone unpunished for the incident which saw Tim Shaw crash into a fence in Race 1 of the Turtle Wax Trans Am Series at Symmons Plains.

An incident-filled Round 1 opener finished under Safety Car as a result of that prang at the exit of Turn 2, and the fact that Nic Carroll had slowed just to the side of the track in the vicinity.

Race results have now been finalised, with Morris’ #67 Supercheap Auto entry keeping 11th position in the classification despite the coming-together.

Shaw had been seen gesticulating in irritation to someone, presumably Morris, as the field took the chequered flag.

However, Carroll’s drama just ahead of them apparently caused Shaw to himself slow down in response, triggering the contact from behind from Car #67.

Morris was already out of sequence after he too had been punted during the contest, when Jon McCorkindale made an early error at Turn 6.

The latter was last classified finisher in 24th, two laps off the pace, after he spun into the kitty litter in that incident, drawing the first of three Safety Car periods.

Tim Brook won Race 1 and will hence start in first position for Race 2 this afternoon, from 13:15 local time/AEDT, with live streaming on Stan Sport.