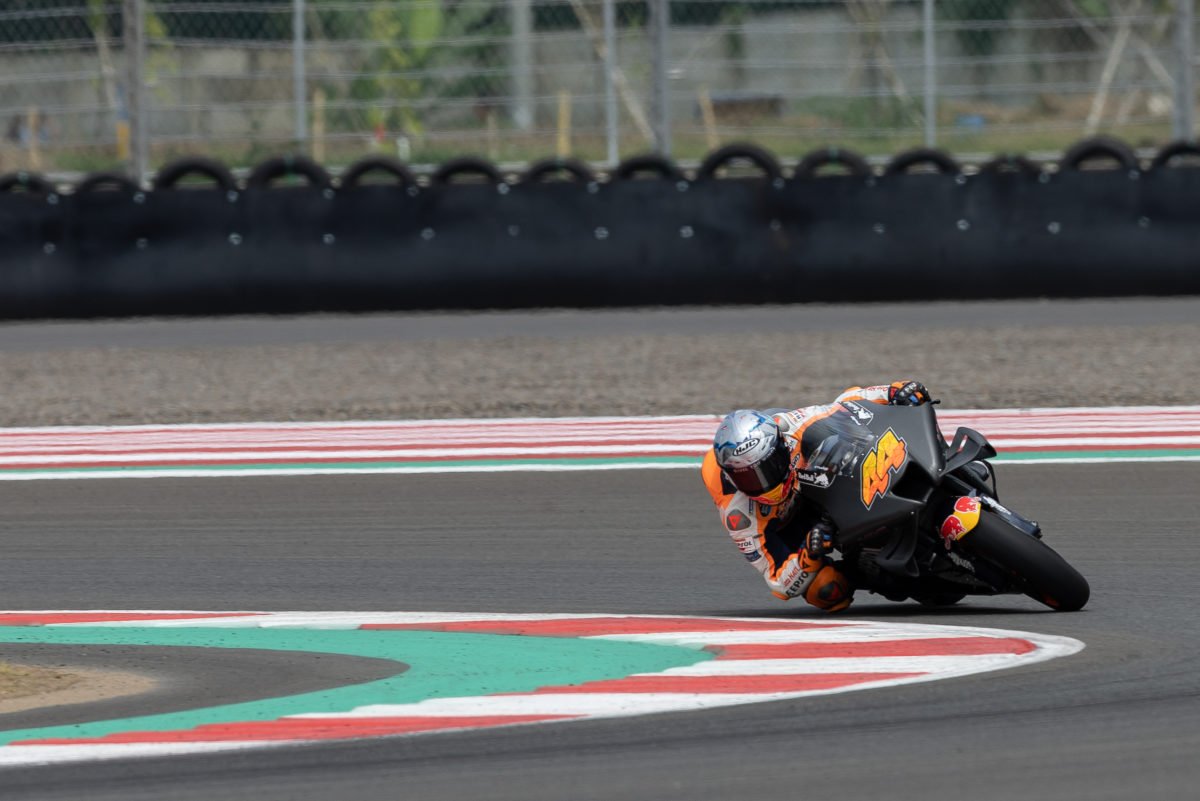 Pol Espargaro clocked a 1:31.060s in the first hour of Day 3 of the test and no one would go any quicker thereafter.

Quartararo, who said on the day prior that his future is “wide open” due to ongoing frustration with the YZR-M1, came up just shy of #44’s time when he rode his Monster Energy Yamaha entry to a late 1:31.074s.

The Frenchman had been second on the timing screen for most of the eight hours and Aprilia Racing’s Aleix Espargaro stayed in third with the 1:31.385s which he set inside the first 60 minutes of proceedings.

That state of affairs can be attributed to the focus on race runs for much of the field, although Franco Morbidelli (Monster Energy Yamaha) climbed to fourth near the end with a 1:31.416s.

Gardner’s team-mate Raul Fernandez notched up even fewer kilometres, pulling out of proceedings early due to still feeling the effects of a big crash on Day 2.

Suzuki’s Joan Mir did not ride at all due to suffering gastrointestinal problems, the cause of which is believed to be food poisoning.